Do you just need a good laugh to bring the mood back up? That’s what these 10 Funny Black Movies do for me every time. You just can’t go wrong with a comedy-filled night of fun. 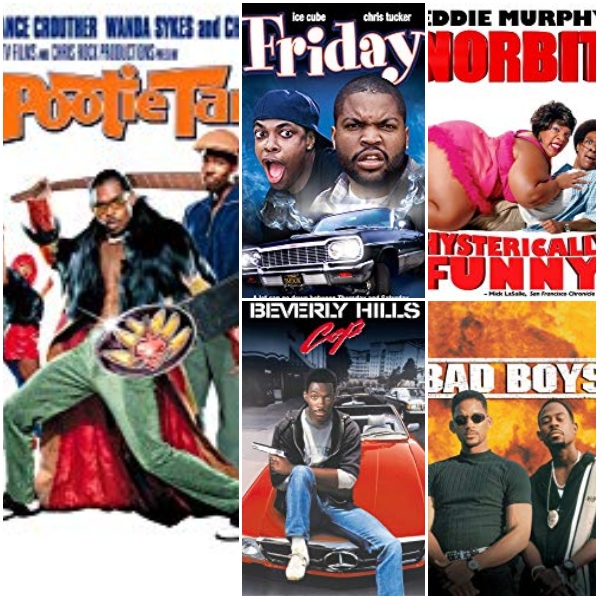 Why You Should Watch These 10 Funny Black Movies

Look, anyone who loves comedy is going to love these movies. But the truth of the matter is that, sometimes, you just need a light and funny movie with your friends that you know you’re all going to love.

Like, when you’re just done, the week’s been hard, and you’re ready for a night in because nobody can deal with any more of all that?! Yeah, you just need some pajamas, a friend, maybe a pizza, and a good movie.

This is where this list of 10 Funny Black Movies comes in handy.

Turn a bad week into a good night of laughs.

Rescue from the boring. That’s what this list is all about.

Friday is a stoner comedy film franchise created by Ice Cube and DJ Pooh. The series takes place in South Central Los Angeles and follows the exploits of recently terminated worker Craig Jones and his family, who over the course of the franchise, are thrust into various conflicts that occur while living in a run-down, crime-infested Neighborhood and Suburb.

Mild-mannered Norbit has always had it rough, since the day he was left abandoned at a combination Chinese restaurant and orphanage. Recently forced to marry the shrewish glutton Rasputia, he is at wit’s end.

For two years, security guard Ben has tried to convince James, a veteran cop, that he is worthy of James’ sister, Angela. When Ben is finally accepted into the police academy, James decides to test his mettle by inviting him along on a shift deliberately designed to scare the trainee.

Miami-Dade detectives Mike Lowrey and Marcus Burnett blow a fuse when $100 million worth of heroin they recently confiscated is heisted from station headquarters. Suspecting it was an inside job, Internal Affairs gives them five days to track down the drugs before they shut down the narcotics division.

All About the Benjamins

Bounty hunter Bucum Jackson teams with the small-time con artist, Reggie Wright, that he is pursuing, in an attempt to locate a missing stash of diamonds and a lottery ticket worth millions of dollars. Bucum and Reggie find themselves in a race to the finish as they embark on an unlikely partnership that should — when all is said and done — prove beneficial to them both.

After his childhood buddy is murdered while visiting Detroit, rebellious cop Axel Foley follows the leads to Beverly Hills, Calif., under the auspices of a vacation. He checks in with old friend Jenny Summers and starts to believe her boss, art dealer Victor Maitland, might somehow be involved in the murder.

FBI agent Malcolm Turner is tough, smart and a master of disguise. There’s nothing he can’t handle. So Malcolm, taking on his most challenging “role” ever, decides to impersonate the cantankerous Southern granny Big Momma.

Adapted from a comedy sketch on HBO’s “The Chris Rock Show,” Pootie Tang is the ultimate superhero. A cool-walking, smooth-talking lady’s man, Pootie is a hero and a role model to all the kids of the neighborhood.

In this animated depiction of a calamitous first date, Robin Harris hits it off with the gorgeous Jamika, whom he meets at her boss’ funeral. On the ride back, Harris is introduced to her well-behaved son and asked if he wants to go with them to the amusement park the next day.

Reporter James brings petty crook Franklin to justice, but as Franklin is being taken to jail, he is unwittingly drawn into a violent prison break. The police pursue Franklin, mistakenly thinking he killed several officers, so the fugitive turns to James for help. 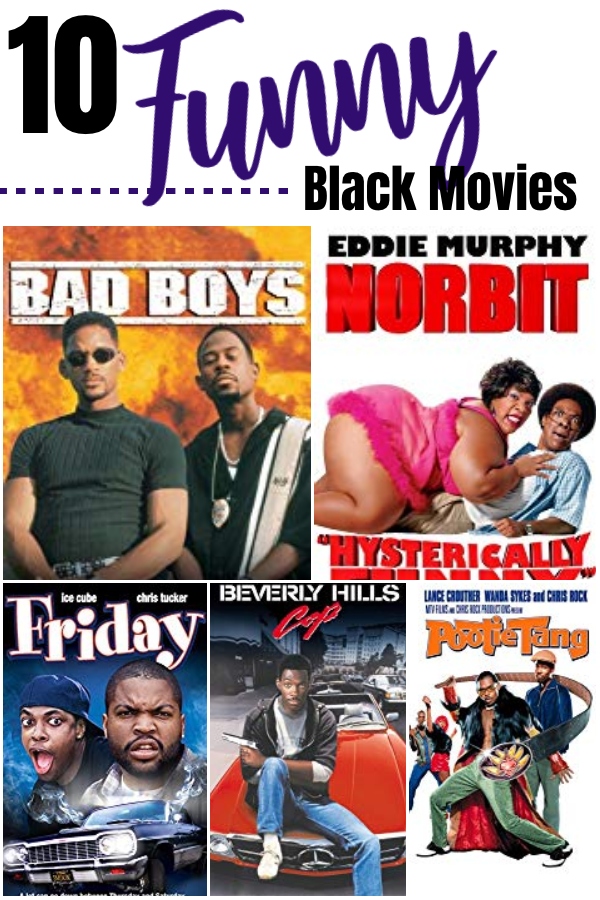 3 Ways to Lift Your Spirits While in Self-Isolation

[…] Funny Black Movies – Do you just need a good laugh to bring the mood back up? Check out these movies featuring the funnies Black actors and comedians. […]