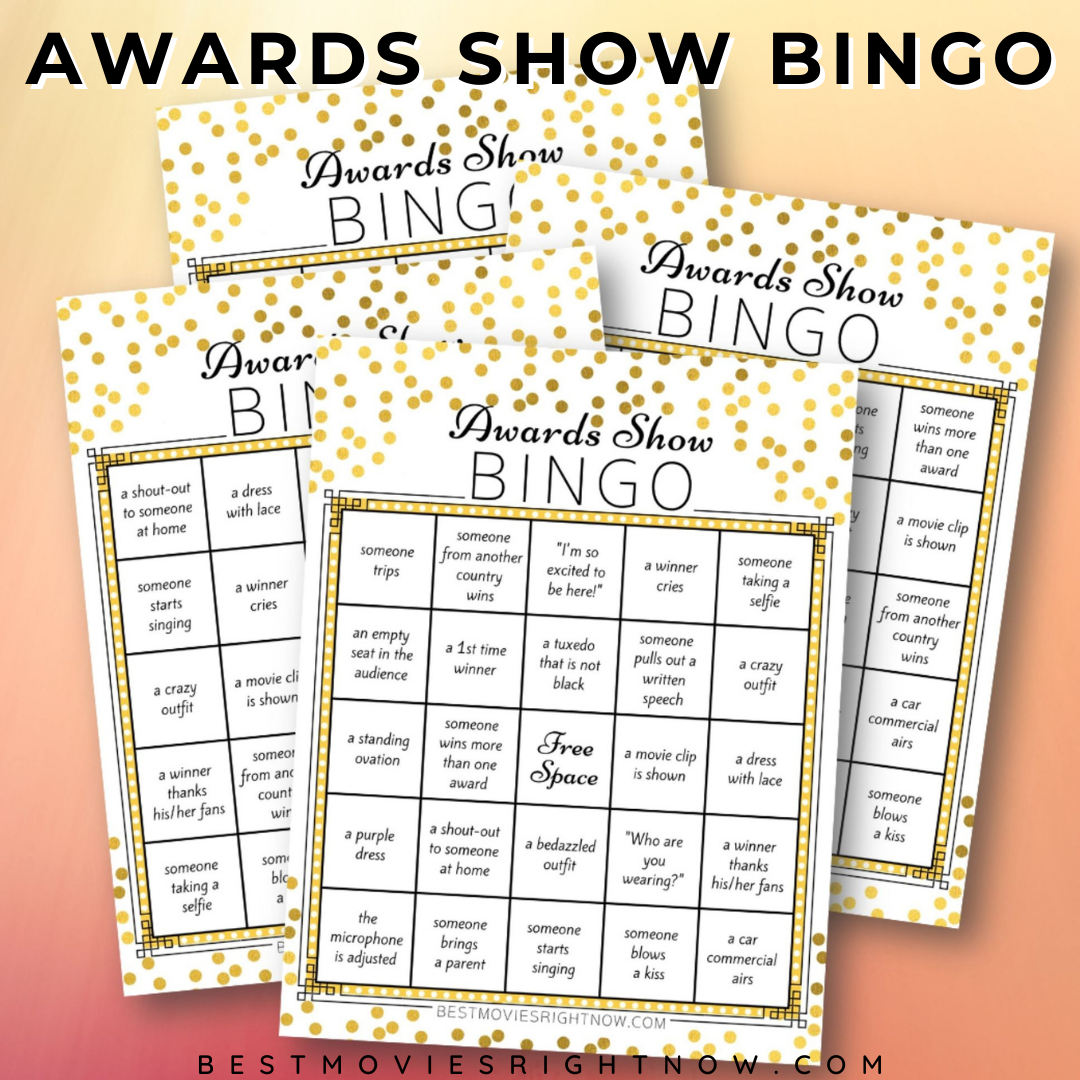 Do you love watching the Oscars either on your own, with family, or with friends who come over? You can play bingo, vote for your favorite winners and talk about some fun Oscar trivia! 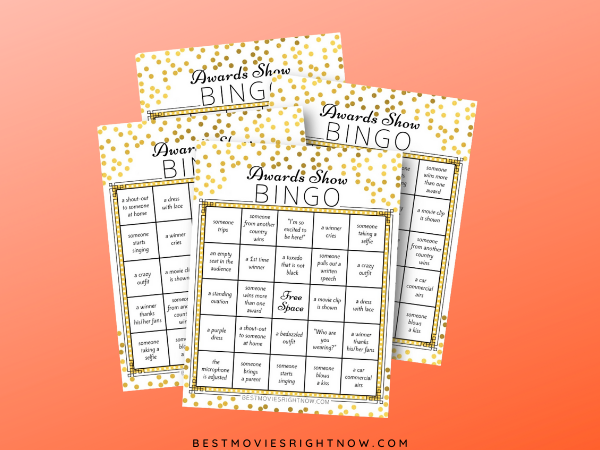 I think that an awards show-themed party needs to have elegantly styled decorations. You can go with black, gold, and white for a classy look.

What is Awards Show Bingo?

Awards show bingo is just a version of regular bingo.

You can still pick any variety of ways to win just like in regular bingo. Using free printable awards show bingo cards save you some money on game supplies too!

How to Play Awards Show Bingo

This printable awards show bingo game has four different bingo cards. This is a perfect activity for an awards show party!

Provide your guests with clipboards and pens to fill out their cards, and instruct them to cross off the boxes as the events of the night unfold.

Print an Oscar party bingo card for each player or team. (Guests are each provided with a different bingo card.)

Each player crosses off an item as they see or hear it on the show.

The spaces include clothing people are wearing, award show results, audience activity, and things people do or say.

The first player who gets 5 items in a row (horizontal, vertical, or diagonal), wins. 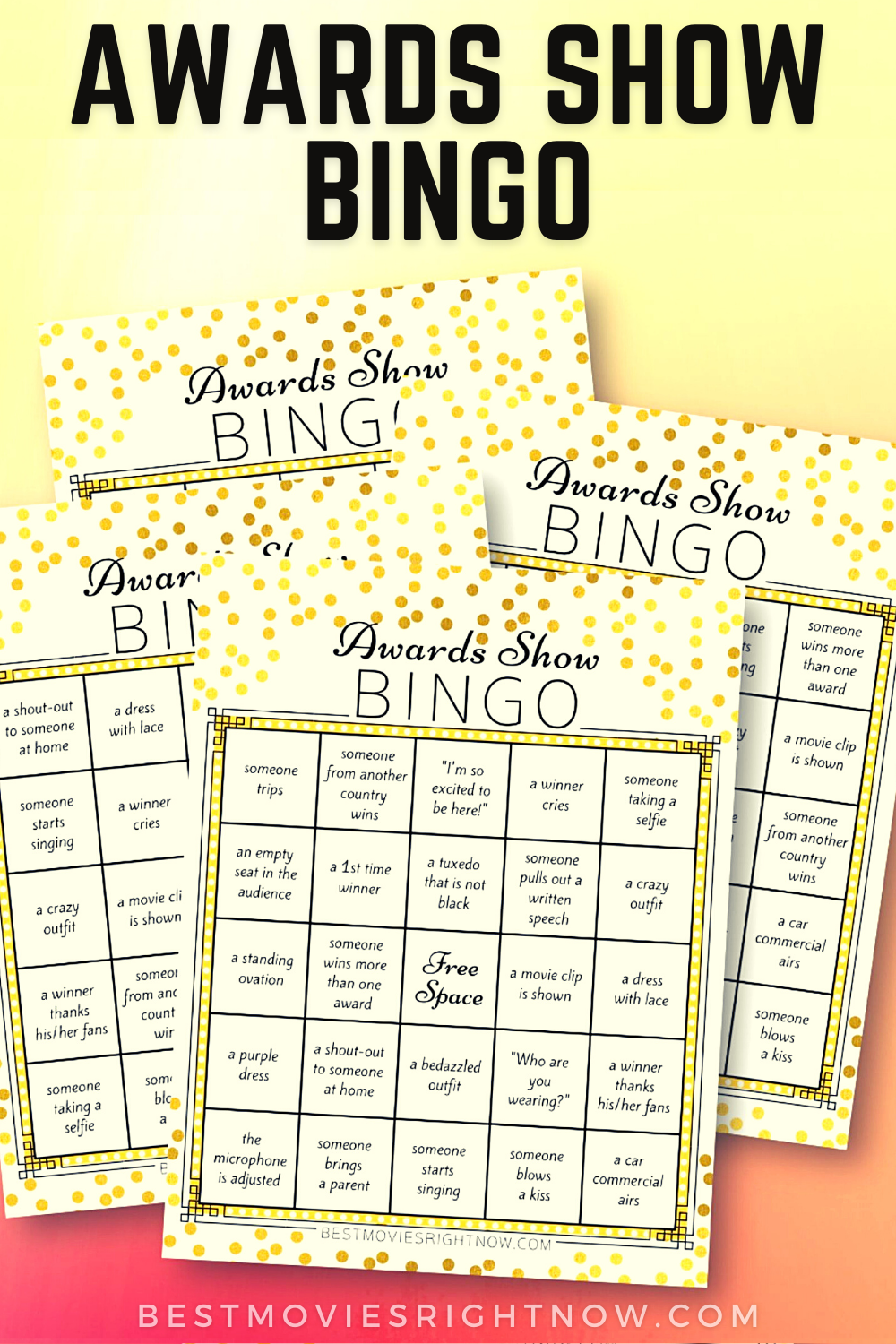