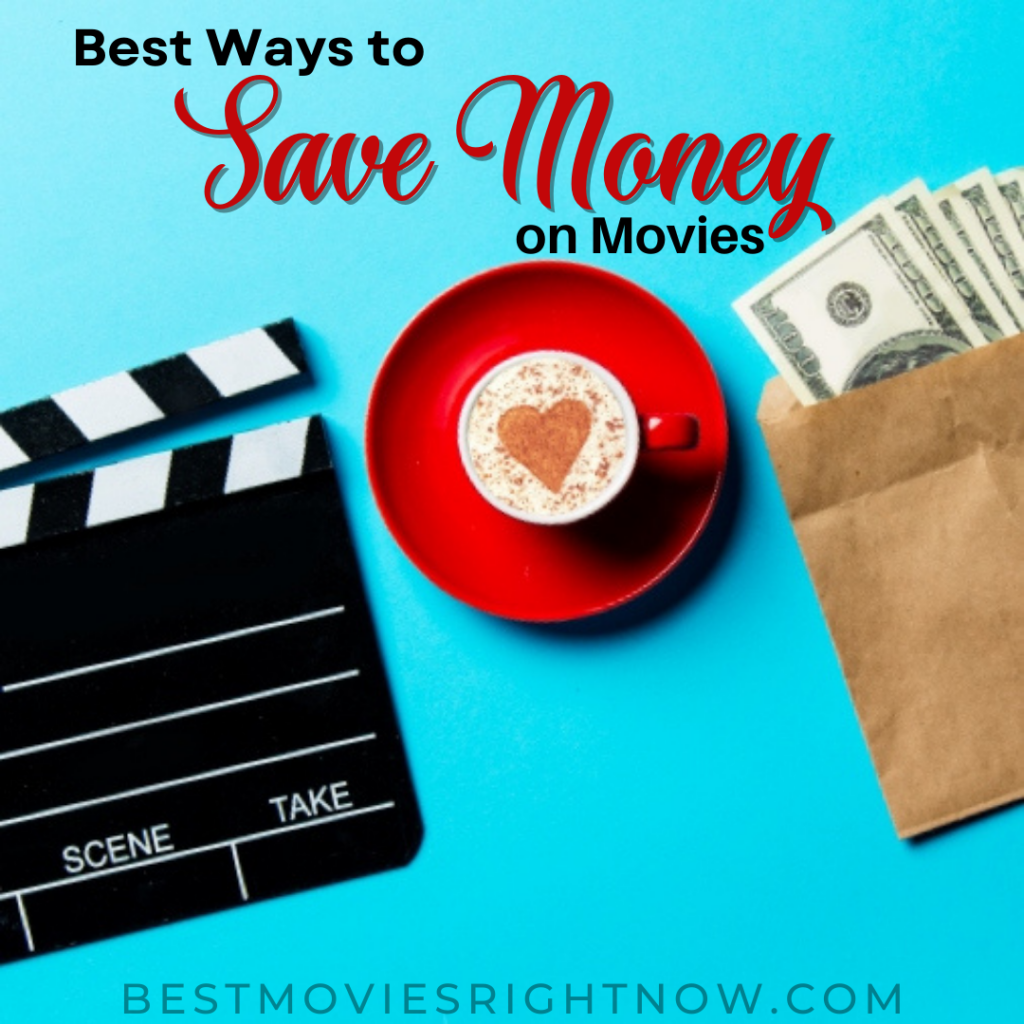 Hard economic times don’t have to mean sacrificing entertainment. Movie lovers who are patient and practical can still watch the biggest blockbusters or quirky foreign films at the local cineplex or in the comfort of their own homes.

These are the best ways to save money on movies, hands-down. I’ve personally used every single one of these tricks and it’s dropped my entertainment costs significantly.

Best Ways to Save Money on Movies

Not every movie is always super expensive. You may not realize it, but there are some options for actually getting into the movie theater on the cheap that you have to know to, you know, go.

With movie theaters around the country closed, movie studios are releasing movies directly to consumers. Wondering which new movies in theaters that you can watch on Amazon Prime? Check out this post to find out every title that’s available right now.

Click here to see all of the movies available in Amazon Prime Video Cinema.

Hit the matinees and second-run theaters to save on movie ticket prices.

Matinees tend to have more children present; even the R-rated films get parents dragging the kids along because it’s cheaper than hiring a babysitter. But matinees are definitely less expensive than the high-traffic times.

Plus, the lines will be shorter and you’ll likely have more room to kick your feet up on the back of the seat in front of you. So that’s nice. Despite these drawbacks, the substantial savings offered by attending matinees are well worth it.

Second-run theaters, on the other hand, won’t run films until they’ve been out for a few weeks, but being one of the first people to watch a movie doesn’t necessarily increase viewing pleasure. So, you can get out and see your movie, if you’re willing to run the risk of running across some spoilers before you can get there.

You can double-up on these savings by hitting up the second-run theater for the matinees. Now, that right there is some potential savings.

Do weekly searches of local media websites to enter these contests to get passes in advance. Listening to the radio station and reading the newspaper will provide easy information about these screenings. Also, check online for sources of promotional events, usually offered in the largest cities.

Limit food purchases at the theater.

And definitely avoid alcoholic beverages. Save that for home, because it’s significantly cheaper than buying from the theater because they not only jack those prices up, just like a restaurant but with that popcorn, you’ll be more thirsty and downing it even faster.

If you’re screening movies at home, purchase your own authentic popcorn maker

More Ways to Save Money on Movies

Besides saving at the actual theater, there are a ton more ways to save on entertainment for movie nights, even if it’s a movie night at home.

Rent digital rather than buy.

To save money on movies, check out the low costs of rentals from Amazon Prime, Google Play (sometimes for $0.99), and even Netflix, where you get access to a vast library of movies without having to buy a DVD that costs $20 (or more).

Some libraries also offer DVD rentals for free. If you’re willing to pay, RedBox or similar rental kiosks can keep the costs down, assuming you’re willing to return the physical DVD before your time with it expires. 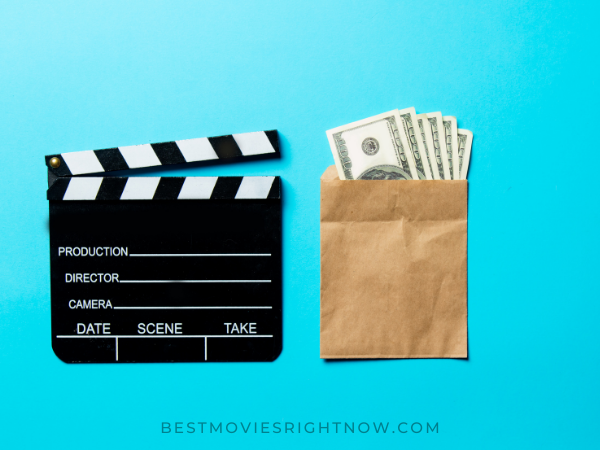 The book In Search of the Five-Cent Nickel

This provides access to all the networks and local channels on the air for no additional cost. Outdoor (when allowed by individual communities) or indoor antenna should both work for this purpose.

Many have done this for access to football games in their area so that we don’t have to pay for cable during the season.

If you’re set on buying DVDs or blu-rays, there are still some ways for you to save a little. A few tricks and you’ll be on the way to keeping a little money in your pocket for your next entertainment purchase.

Sometimes the initial DVD releases were rushed with no bonus features, only to be re-released later with commentaries and other extras. When the newer releases come out, the earlier releases drop in price.

For purists who want only the movie without the extras, these discount store releases are a great bargain. For those who want the movie and bonus features, the best strategy is to wait until the demand lessens and the price comes down.

Thrift stores and surplus stores, as well as gaming stores, carry used DVDs for purchase. As long as they come with a guarantee, there’s no risk.

After purchasing a used DVD, wash it with soap and water, and then dry with a soft cloth before playing. Play the DVD within the specified time of the guarantee to be sure it has no flaws. Generally, used DVDs play perfectly.

Be wary of used children’s DVDs, however, as kids sometimes scratch the surface through rough handling.

If you want to save money on movies, there are a ton of different ideas that you can’t go wrong with. I personally love not spending my hard-earned cash on movies when there’s a cheaper option.

So, pin this to your favorite frugal ideas board so you can find this quick list of ways to save on entertainment when you need a little budgeting reminder. 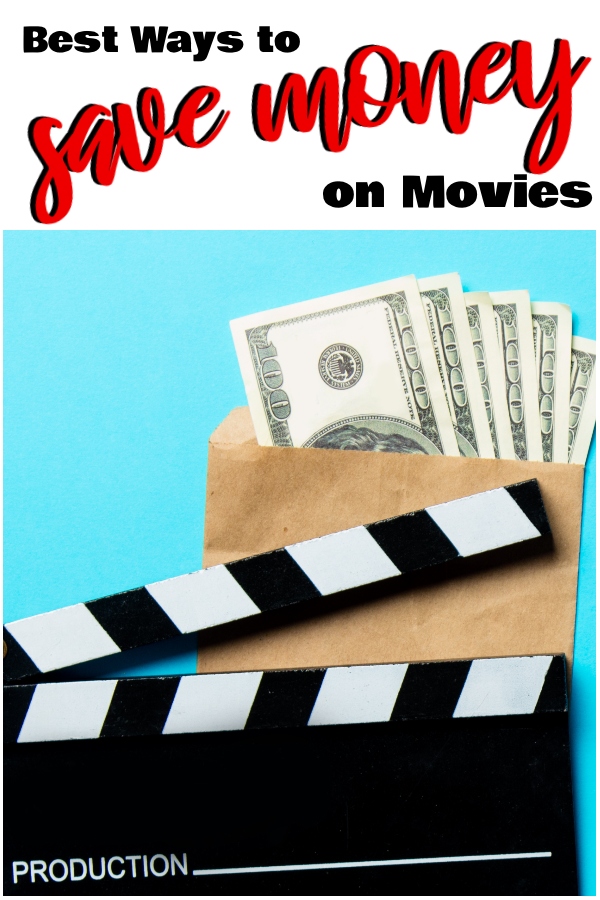