Watch these civil rights documentaries to learn about the trials of Black and African-American people during the civil rights movement in the 1960s. Brush up on history, stimulate conversations with your children, or use in homeschooling with Netflix. 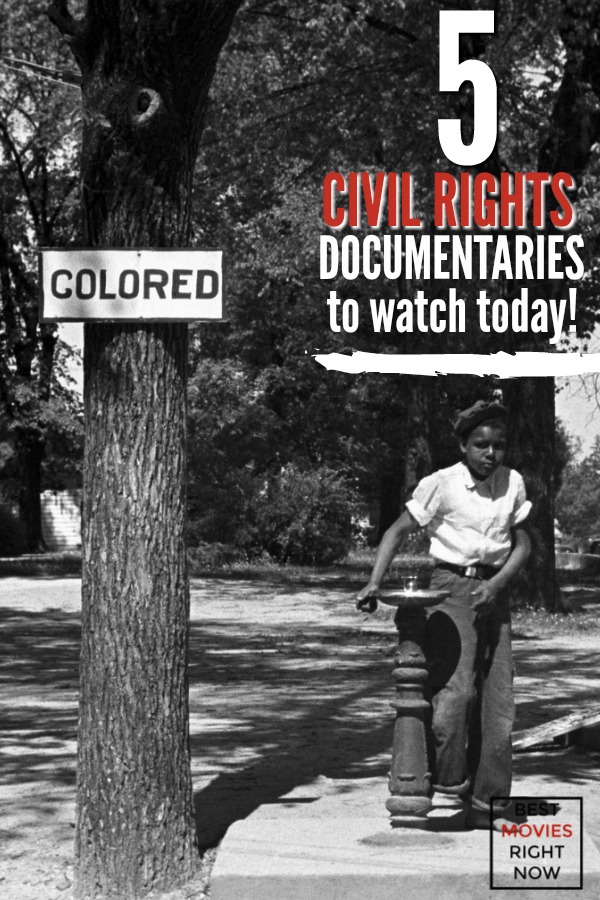 WHAT IS THE CIVIL RIGHTS MOVEMENT?

The civil rights movement was a struggle for social justice that took place mainly during the 1950s and 1960s for blacks to gain equal rights under the law in the United States.

Based on the award-winning book Freedom Riders: 1961 and the Struggle for Racial Justice, this documentary chronicles the daring and courage of a group of activists, black and white, who challenged the segregation laws of the Southern states. The film focuses on how the civil rights campaign was conceived, and how the movement eventually became a major concern for the Kennedy administration.

Slavery by Another Name

It explores the forced labor of imprisoned black men and women, through the convict lease system used by states, local governments, white farmers, and corporations after the American Civil War until World War II in the southern United States. Blackmon argues that slavery in the United States did not end with the Civil War, but instead persisted well into the 20th century. It depicts the subjugation of Convict Leasing, Sharecropping and Peonage and tells the fate of the former but not of the latter two.

Eyes on the Prize

This Emmy-winning documentary from the PBS “American Experience” series uses newsreel footage and narratives from famous and everyday people to take viewers inside the struggle for civil rights during the crucial years of 1954 through ’65. Among the critical events discussed are the Montgomery bus boycott, the integration of schools in Little Rock, the murder of activists in Mississippi and Martin Luther King’s groundbreaking marches to freedom.

From 1967 to ’75, a film crew aimed cameras at major figures in the Black Power movement, creating hours of footage that remained unreleased for decades. In clips, Stokely Carmichael, Huey P. Newton and Angela Davis discuss the movement’s evolution.

Breaking The Huddle: The Integration of College Football

Focusing on football programs in the Southeastern, Southwest and Atlantic Coast Conferences, Breaking The Huddle: The Integration of College Football chronicles the heyday of football programs at historically black colleges and universities, and explores the profound effect of the Civil Rights movement of the ’60s on the racial status quo of college athletics.

Have you watched any of these Civil Rights Documentaries?