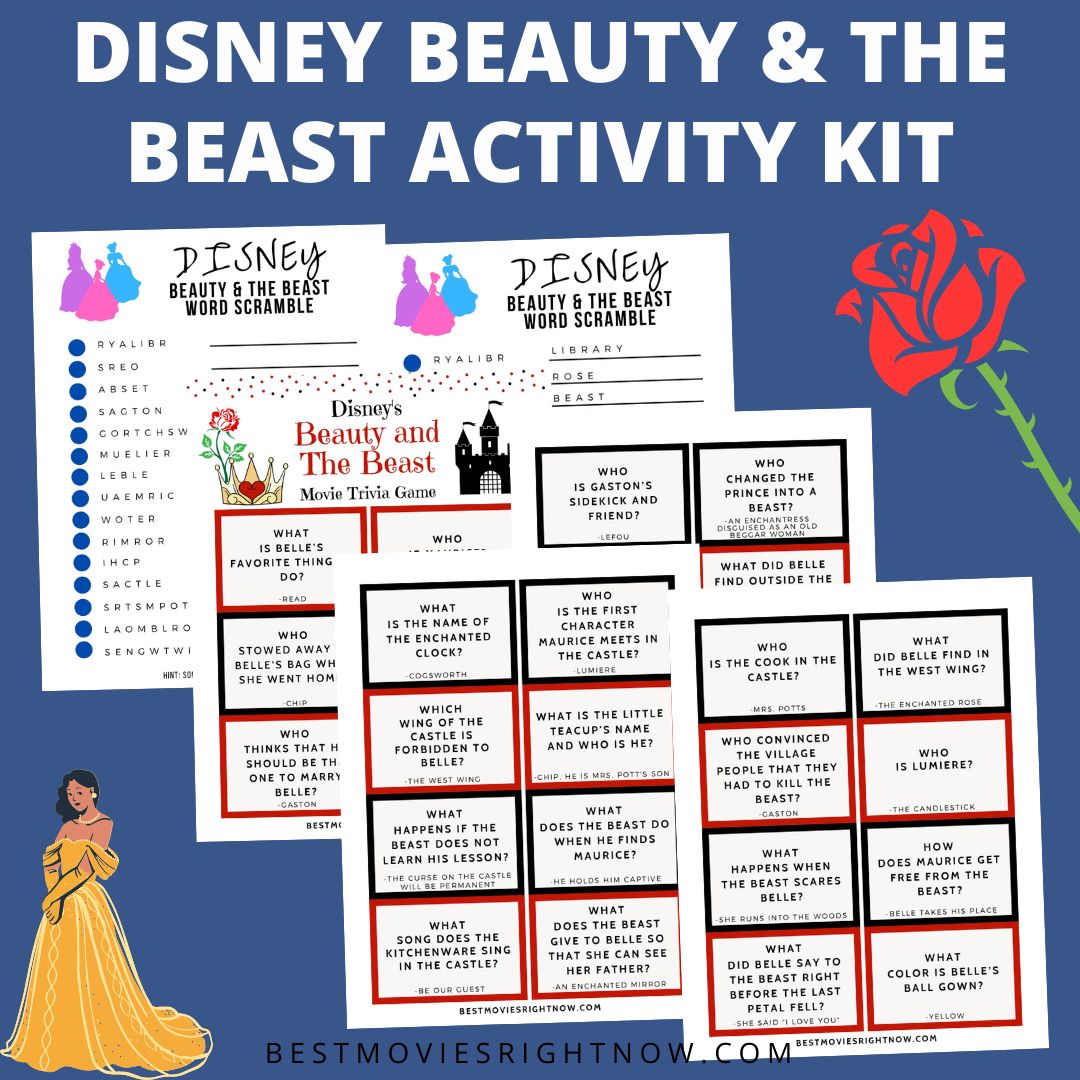 This activity kit includes the following activities based on the Disney Beauty and the Beast movies: 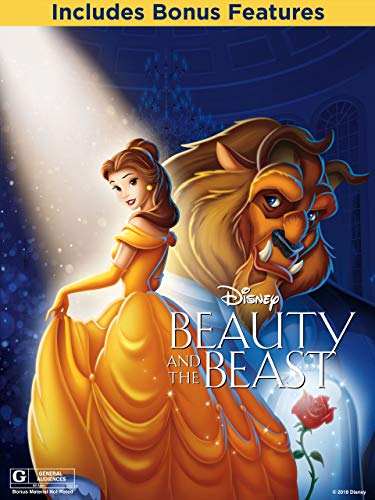 About Beauty and the Beast

An arrogant prince is cursed to live as a terrifying beast until he finds true love. Strangely, his chance comes when he captures an unwary clockmaker, whose place is then taken by his bold and beautiful daughter Belle.

Beauty and the Beast Characters

Beauty and the Beast Movies

Following the 1987 TV series version of Beauty and the Beast Season 1, there are at least four versions of the movie: 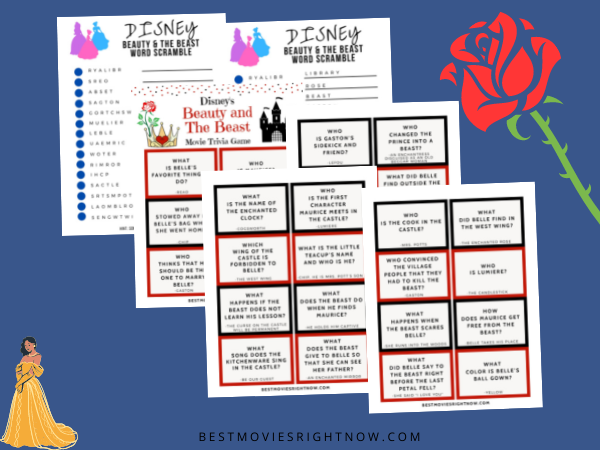 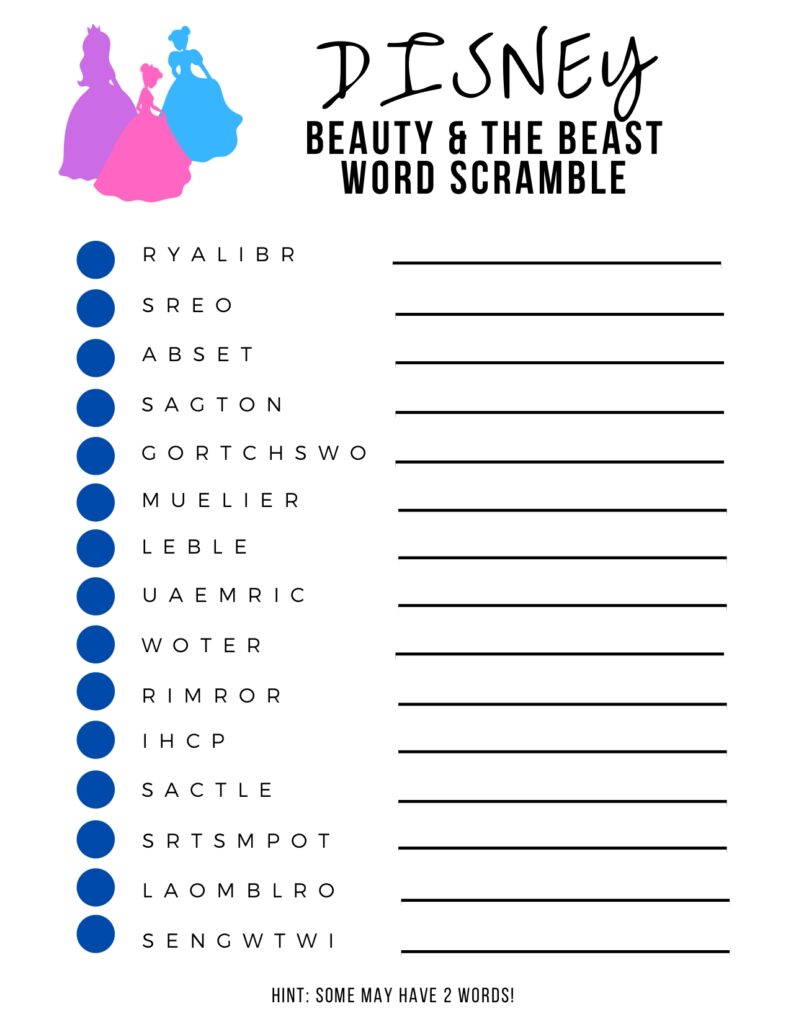 Take a look at the words on the left and unscramble them to figure out the correct Beauty and the Best term and then write it on the blank line.

There are six cards on the first page and eight cards on the second, third, fourth pages. The questions include what, who, and how. The trivia may cover characters, songs, facts about the location, things the characters learn, and more. 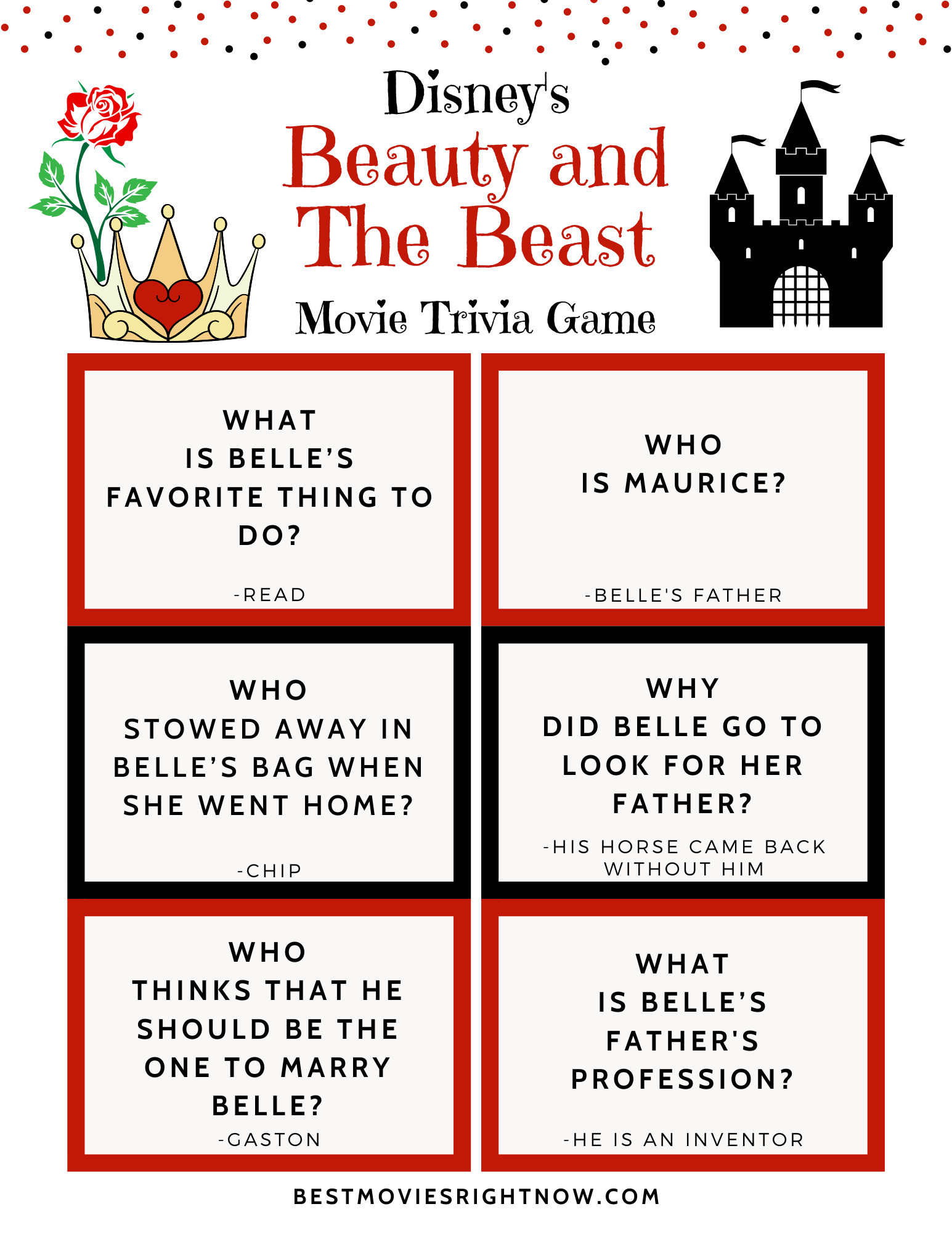 There are two ways to score this game. Scoring is either done by the moderator, each player scores his own answers, or teams switch answer sheets to score each other. 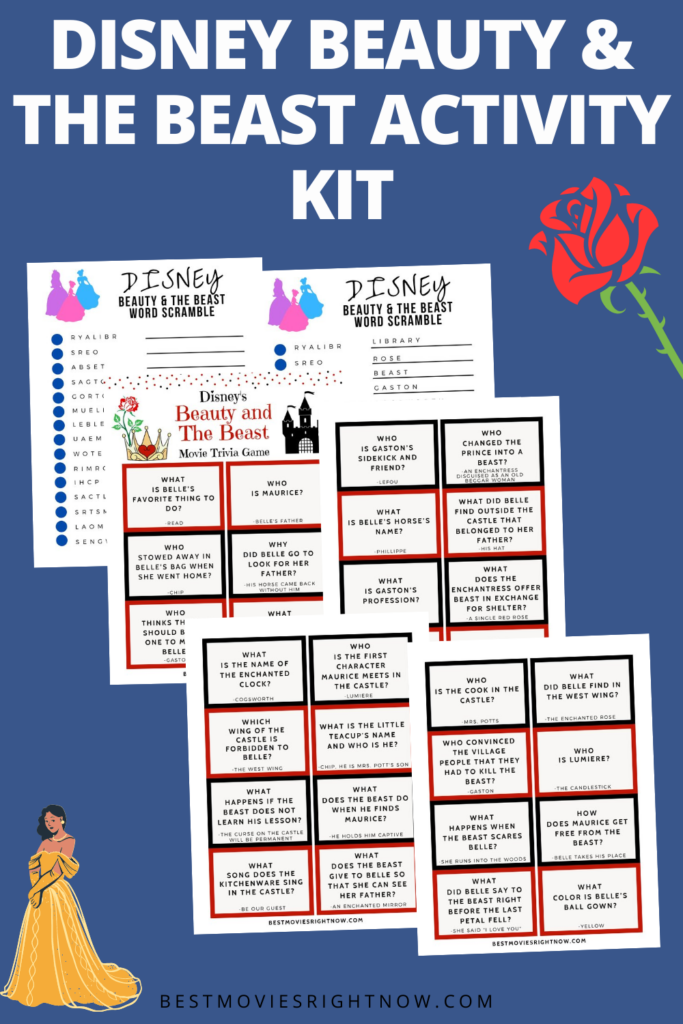