You have to take your children to see Tangled. This movie was fun for the whole family. Disney remade the story of Rapunzel and filled it with more fantasy, action and magic. Tangled will make you laugh, cry and feel good for nearly two hours of fun.

Your children will be glued to the screen, your sons watching the action, your daughters watching the magical beauty of Rapunzel. Warning, this movie is filled with lots and lots of hair. 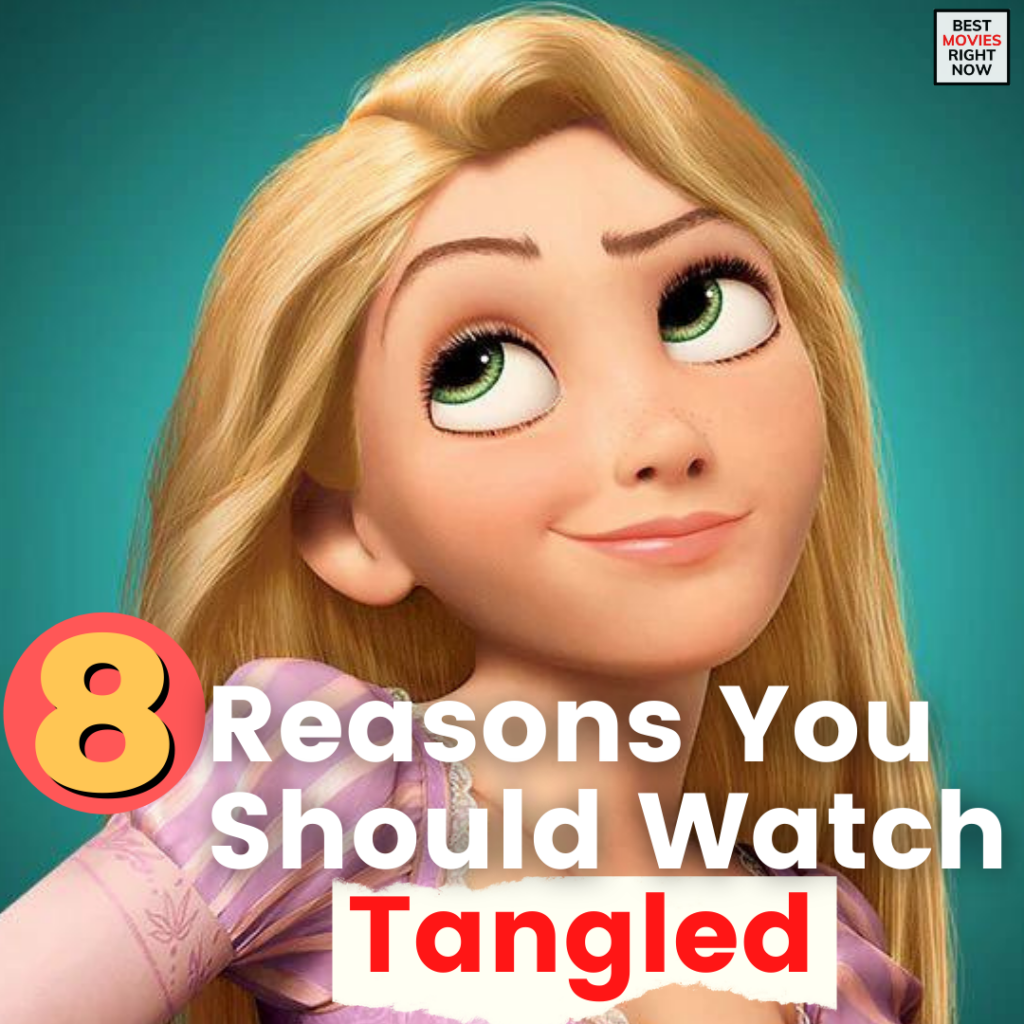 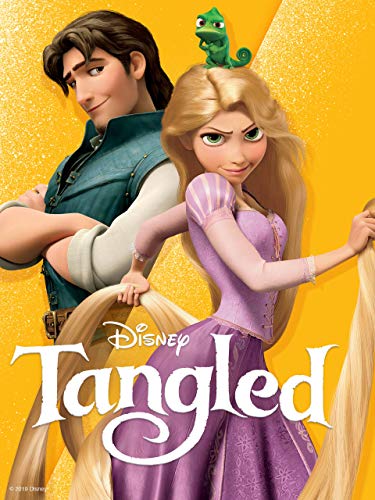 Reasons You Should Watch Tangled

1. A magical flower that will keep you young forever

The story begins with the old lady who finds a magical flower that will keep her young forever when she sings a special song. Rapunzel’s pregnant mom (pregnant with Rapunzel) is sick and the kingdom will have to find this flower to make her well again.

2. Rapunzel has the magic inside of her hair

They find the flower, the queen is cured and Rapunzel is born. While everybody is sleeping, the old lady tries to take some of Rapunzel’s hair when she finds out Rapunzel has the magic inside of her hair.

RELATED:  New Shows Coming to Disney Plus in April

The hair turns brown and loses its power as soon as it is cut. The old lady steals Rapunzel and places her in a tower because the special power is in Rapunzel’s hair. The old lady makes believe Rapunzel is her daughter and warns her she must stay in the tower forever.

Venturing outside of this tower is too dangerous for Rapunzel. Every so often, Rapunzel has to sing a special song for her fake mother to keep her young and healthy. 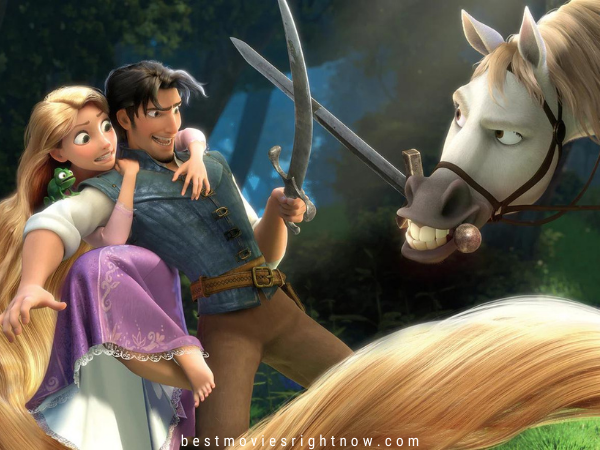 4. Rapunzel hits a bad guy on the head numerous times with a frying pan

Flynn Rider is a notorious thief who steals Rapunzel’s crown from the kingdom. He teams up with two half-wit goon brothers who he outwits and takes advantage of.

Flynn meets Rapunzel when he is trying to get away from soldiers with her crown. Rapunzel hits him on the head numerous times with a frying pan because she is afraid Flynn Rider is a mean guy.

5. Rapunzel looks for beautiful lights … but her parents actually send them

The two make a deal that starts an adventure that ends with fun and Magic only Disney can portray. Flynn Rider will get the crown if he shows Rapunzel where the beautiful lights come from every year at the time of her birthday.

What she doesn’t know is the flying lighted lanterns are sent up into the sky every year by her real parents, the king and the king of the kingdom.

6. Maximus is a royal white horse who is part horse and part hound dog

Maximus is a royal white horse who does not like Flynn Rider. In this fantastic hair-filled story he is part horse and part hound dog. Maximus wants to get Flynn Rider and return the crown to the kingdom. Flynn Rider and Rapunzel find themselves in adventure after adventure.

7. Maximus and Flynn Rider are forced to join forces to protect and save Rapunzel

They meet some wild, crazy and fun people on their way. Maximus and Flynn Rider are forced to join forces to protect and save Rapunzel from her evil stepmother and her plans. The movie ends like most parents hope it will end. Tangled ends with another one of Disney’s great magical endings.

8. Tangled is fun for the whole family, young and old

Tangled is fun for the whole family, young and old alike. If you find yourself crying one minute and laughing the next, don’t feel alone. Disney took the old Rapunzel story, filled it with magic and turned it into a wonderful family-friendly movie. Make sure you take your whole family to watch this great movie.

The movie stars Mandy Moore as Rapunzel, Zachary Levi as Flynn Rider, and Donna Murphy as the evil stepmother Gothel. Disney hit big time with Tangled. Why not go see it and have a hair-filled good time. Our family gives it all thumbs up. 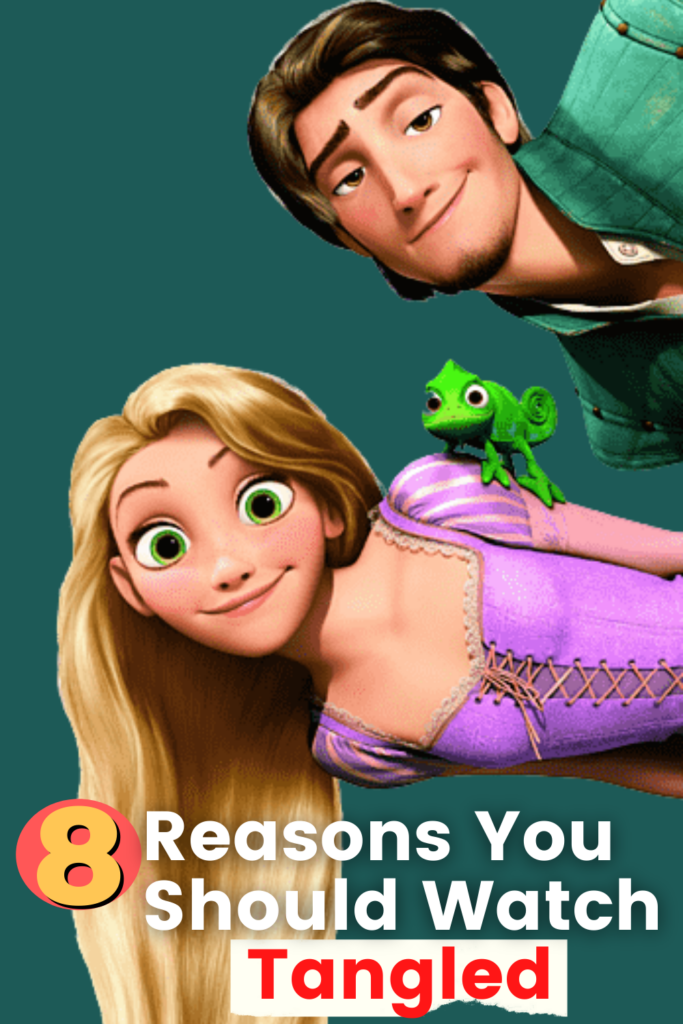