No longer is Netflix the only streaming service on the block; tons of competitors are trying to take the top spot. Recently, streaming services like Apple TV+ and Disney Plus dropped, with others on the way. 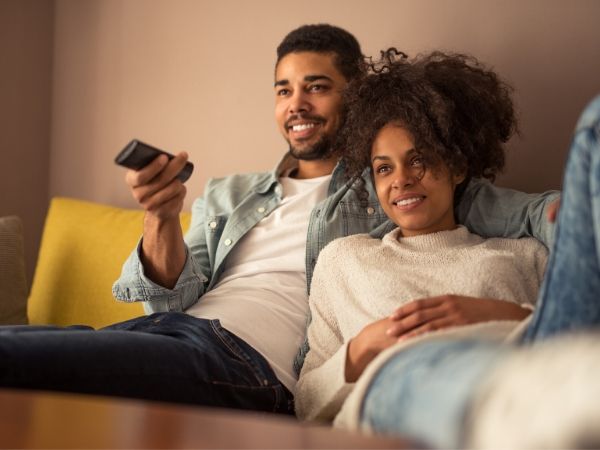 As you figure out which streaming services you want, here’s everything you need to know about HBO Max.

The biggest streaming service that arrived in 2020 was HBO Max from Warner Media.

How much is HBO Max?

As far as pricing is concerned, HBO Max plans start at $9.99/month. Competitors in the streaming wars, include Netflix ($9.99+), Disney Plus ($7.99), and Hulu ($6.99+). However, HBO Max’s price tag is the same price as the HBO service that is offered through cable providers, only with more content.

When does HBO Max launch?

A ton of details about HBO Max were revealed back in October 2019. The streaming service launched in May 2020 in the United States. HBO Max launched in other countries at a later date.

RELATED:  Lifetime Movie Club: Everything you Need to Know

What will HBO Max offer?

HBO Max is the exclusive home to many brands Warner Bros. has access to beyond HBO, including DC, Cartoon Network, Adult Swim, TNT, TBS, CNN, and other select programs from Turner Network’s libraries, such as The CW and DC Universe. Some notable TV shows and movies that available on the service include:

In addition to content from other libraries, there are exclusive Max originals. Many of these projects are in various stages of development with release dates unknown. Here are some of the HBO Max original TV shows and movies available on the service:

Is HBO Max the same as HBO?

Existing HBO subscribers on AT&T-owned television providers (including DirecTV) also received HBO Max at its launch, although it is unknown if this is only a promotional offer.

Get HBO Max with HBO NOW. HBO NOW subscribers who are billed directly through HBO will also get access to WarnerMedia’s new offering, HBO Max, at launch for no extra cost.

HBO Now via third-party distributors (such as Apple TV and Roku) is still subject to negotiation and customers have been advised to wait for further details.

Is HBO Max on Hulu?

According to Hulu, you can add an HBO subscription to your account and “You’ll even have the option to create an HBO Now account using your Hulu credentials.” HBO Max is included with HBO Now.

How much is HBO Max on Hulu?

Read Variety’s article explaining the differences in the plans.

Can I get HBO Max through Amazon?

HBO Max isn’t available as an add-on with Prime Video, Prime subscribers looking to hang on to HBO Max will have to sign up with HBO directly or bundle HBO with another streaming service like YouTube TV or Hulu + Live TV.

How do I get HBO Max?

Will HBO Max be free?

Get HBO Max with HBO NOW. HBO NOW subscribers who are billed directly through HBO will also get access to WarnerMedia’s new offering, HBO Max, at launch for no extra cost. HBO Now (which will include HBO Max) for $14.99 per month.

Will HBO Max have ads?

Since it is a premium cable subscription, there will be no ads in HBO Max’s streaming service.

Will HBO Max have Friends?

Yes, Friends will be available on HBO Max.

What if I get a “Can’t Connect” screen on HBO Max?

If you’re using HBO Max and get this message:

If you’re searching for a title on HBO Max that has been removed, you will likely get this error message.

That’s everything you need to know about HBO Max’s original content before it launches, but there will surely be more programing based on their existing IP so they can compete with the likes of Netflix, Amazon Prime Video, and Disney Plus in the future.

[…] RELATED: Everything You Need to Know About HBO Max […]

[…] If you are looking for movies to watch over Easter weekend, check out the full list of Easter movies available on HBO Max. […]