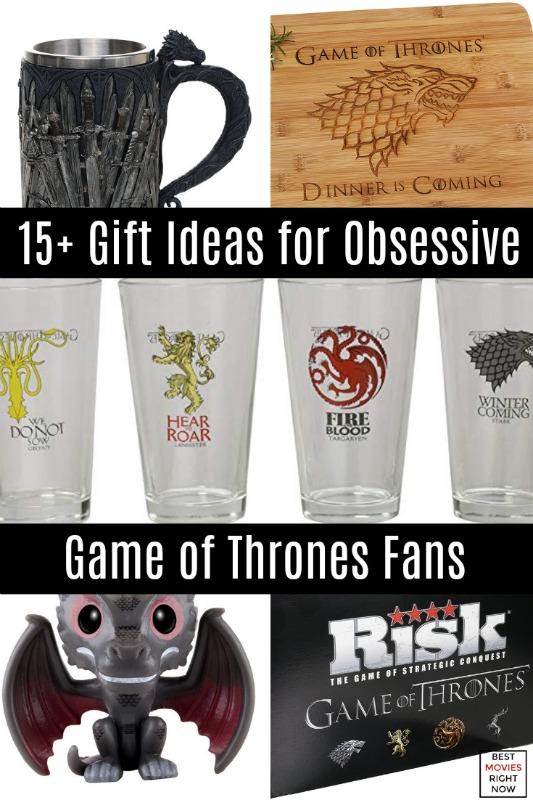 For everyone else on your list, make sure to check out all our other gift guides for fans of Harry Potter, Star Trek, Stranger Things, and more.

George R.R. Martin’s best-selling book series Song of Ice and Fire is brought to the screen as HBO sinks its considerable storytelling teeth into the medieval fantasy epic.

It’s the depiction of two powerful families – kings and queens, knights and renegades, liars and honest men – playing a deadly game for control of the Seven Kingdoms of Westeros, and to sit atop the Iron Throne.

Martin is credited as a co-executive producer and one of the writers for the series, which was filmed in Northern Ireland and Malta.

My husband LOVES the show! I’m definitely going to get him a Game of Thrones present this year.

Game of Thrones Games to Play

Game of Thrones Gifts for Him – Things to Wear

Game of Thrones Gifts for Her – For the Home

Don’t forget to check our gift guide hub for even more movie and TV gift ideas.

WHAT DID YOU THINK OF THIS LIST OF GIFTS FOR GAME OF THRONES FANS?