These Halloween movies on Netflix for kids are great to watch during the Fall, Halloween, or any time of year. 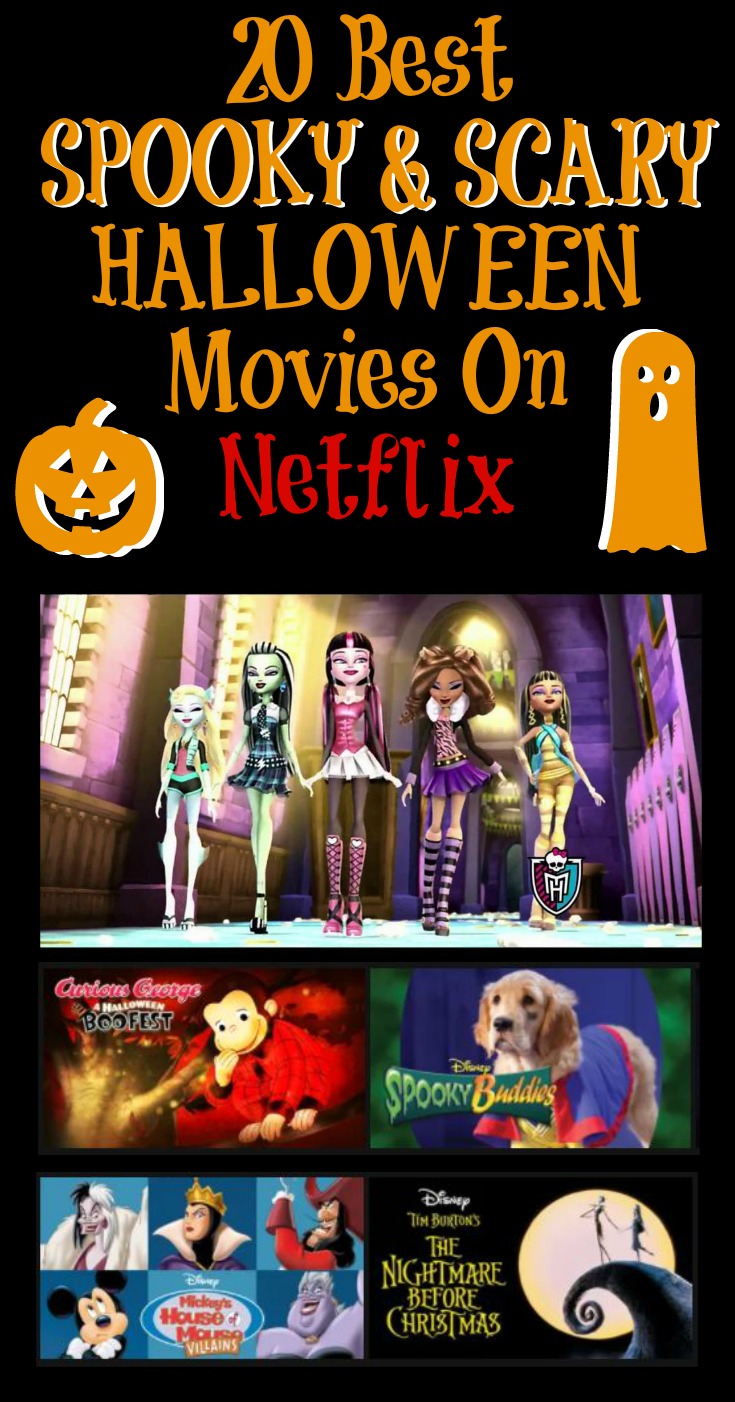 No matter your plans for Halloween, there’s something on Netflix for you.

Kiddies at home? Check out one of my G, Y, Y-7, or PG-13 picks (depending on your kids’ ages and your discretion).

If the kids are out and about and you’re looking for a fun way to snuggle up with your honey, check out of my R, NR, or unrated picks for Halloween Movies on Netflix tonight.

Cory, Chrissy and Freddie are on the hunt for king-sized candy bars this Halloween! But are all the treats worth the trek to the spooky side of town? | Stream on Netflix

Recruited by a secret society of babysitters, a high schooler battles the Boogeyman and his monsters when they nab the boy she’s watching on Halloween. | Stream on Netflix

HALLOWEEN MOVIES ON NETFLIX FOR KIDS

Stepping out of the pages of Charles Addams’ cartoons and the 1960s television series, members of the beloved, macabre family take to the big screen. | Stream on Netflix

Greedy Captain Fishbeard is stealing everybody’s Halloween treats for himself, but StarBeam and Boost have some tricks up their sleeves to save the day! | Stream on Netflix

Shrek dares his friends to bring on the scary with ghost stories told in a haunted castle. Later, Ginormica and the Monsters face alien pumpkins. | Stream on Netflix

The Super Monsters celebrate Día de los Muertos in Vida’s hometown with her magical family, some new monster friends and a spook-tacular parade! | Stream on Netflix

The Super Monsters use their powers to get their neighbors in the Halloween spirit, then help a nervous friend see there’s nothing to be afraid of. (Watch on Netflix)

(When a storm terrorizes his patch, a pumpkin cast out for his shape must step up to use his smarts to save the day — and to prove himself. (Watch on Netflix)

When he gets a fan letter from a young monster movie buff, Dracula visits him and soon has a new friend helping him to get his confidence back. (Watch on Netflix)

With her dad away, Mavis is so ready for adventure — if strict Aunt Lydia doesn’t stop her first. Set four years before the “Hotel Transylvania” film. (Watch on Netflix)

Akko Kagari enrolls into Luna Nova Magical Academy, a school for young witches, after being inspired at a young age by a witch named Shiny Chariot, and often spends her days hanging with her classmates, Lotte Jansson and Sucy Manbavaran. (Watch on Netflix)

Akko, Lotte and Sucy, having gotten in trouble yet again, are forced to team up with three other troublemakers to make the school’s annual witch parade a success or else flunk the school year. (Watch on Netflix)

Three teens spend their Halloween trying to stop a magical book, which brings characters from the “Goosebumps” novels to life. (Watch on Netflix)

A masked figure known as “The Curious” collects tales of dark magic, otherworldly encounters and twisted technology in this kids anthology series. | Stream on Netflix

A gentle witch with a ginger braid offers rides to a variety of animals on her increasingly crowded broom, much to her grumpy cat’s chagrin. (Watch on Netflix)

R.L. Stine’s tales take on a life of their own in a series that combines original stories with adaptations drawn from the popular books. (Watch on Netflix)

Also, be sure to check out this Ultimate Horror Movie Calendar to count down to Halloween. And if you don’t have a Netflix subscription, you can watch these Halloween movies for kids.