You try to turn on your old TV, but nothing happens. You’ve had that TV for years, and it’s worked perfectly until now. What could be wrong?

Before you go out and buy a new TV, use this brief guide on how to troubleshoot an old TV that won’t turn on. Your TV might only need a quick fix! 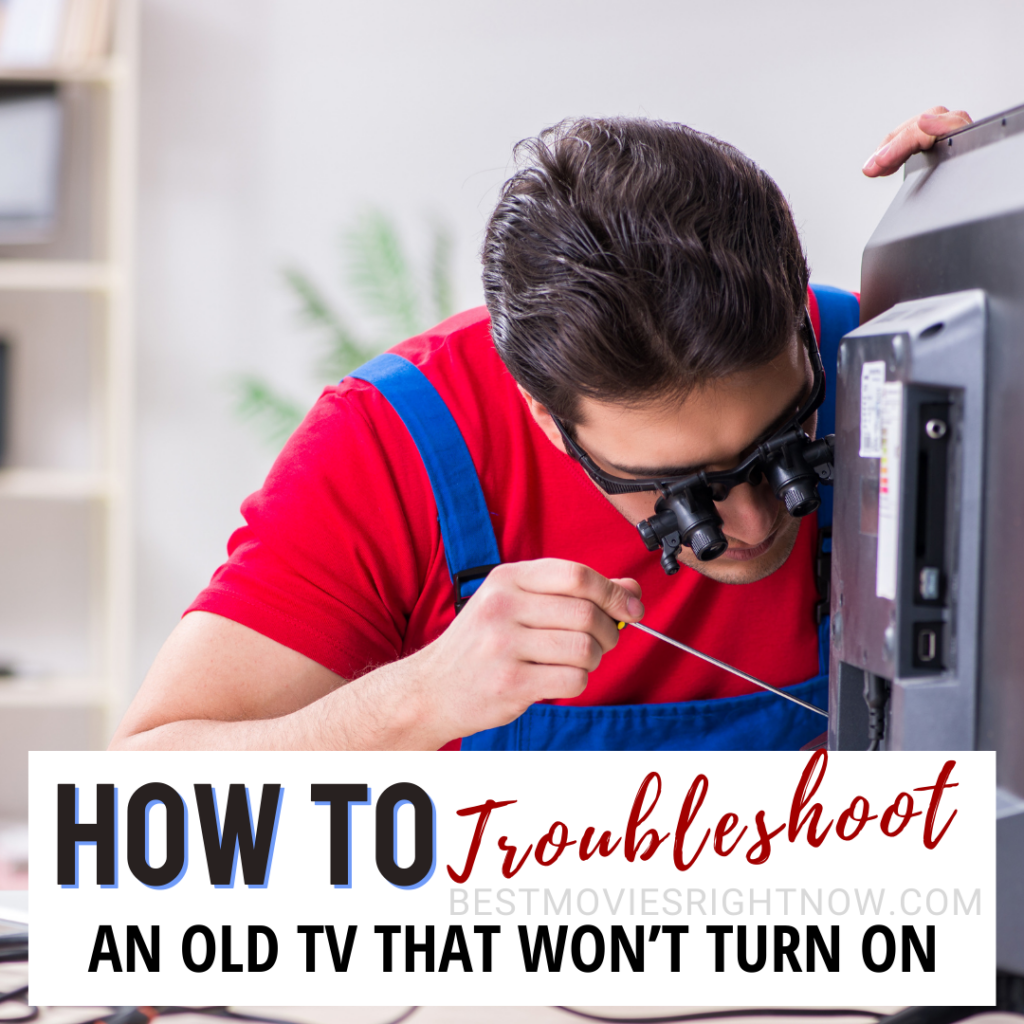 Don’t panic! Before anything else, try some basic troubleshooting techniques.

Inspect the TV’s plug and check that the power cord is in good condition. If it’s already plugged in, try unplugging it and plugging it back in after 15 seconds. If the TV still doesn’t turn on, go to the next step.

Sometimes an electrical surge or outlet issue can result in your TV not getting any power. You can also try to plug your TV into a different outlet. 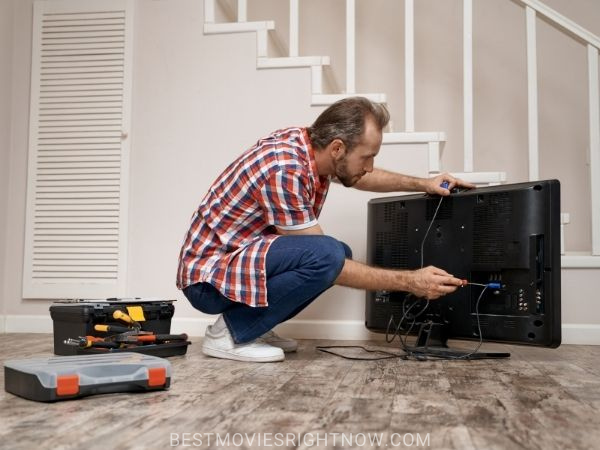 Should troubleshooting the remote fail, you’ll want to inspect the power button on the TV next. The power button is often in the front or back of the TV. Make sure that it’s not stuck before attempting to press it again.

If you’re unsure whether the problem is due to a lack of power or a faulty display, look for a small light on the TV’s frame. This light is usually on the lower part of the TV, either as a bar or a small dot. If you can’t find a light, the TV still is likely not powered on.

Look for Signs of Life

If the TV’s power light turns on, but there’s no picture, you can still try a few troubleshooting methods to correct the display issue. First, make sure that the cables are all plugged in securely.

Use your remote to try changing the input or channel. If you have more than one input, try switching to a different one. Consider pointing a flashlight at your TV screen to see if the light reveals any images, as your backlights may have failed.

In the worst-case scenario, your TV’s mainboard has broken, and you need to decide if it’s worthwhile to replace it.

Learning how to troubleshoot an old TV that won’t turn on gives you the chance to save some money and fix the problem yourself. Before you go out and buy a new TV, try these steps and see if it fixes the issue!

Why won’t my TV turn on but has power?

Try unplugging the television from the power outlet. Hold down the power button on the TV for about 30 seconds while it is unplugged. When the timer runs out, release the button and reconnect it to the power source. Restart the unit to see if you can see any imagery.

How do I know if my TV fuse is blown?

Unscrew the TV fuse cap holder with a screwdriver, depending on the make and model of your TV. Then, thoroughly inspect the fuse wire. A blown TV fuse is visible if there is a visible gap between the wires or a visible metallic or dark smear inside the glass. 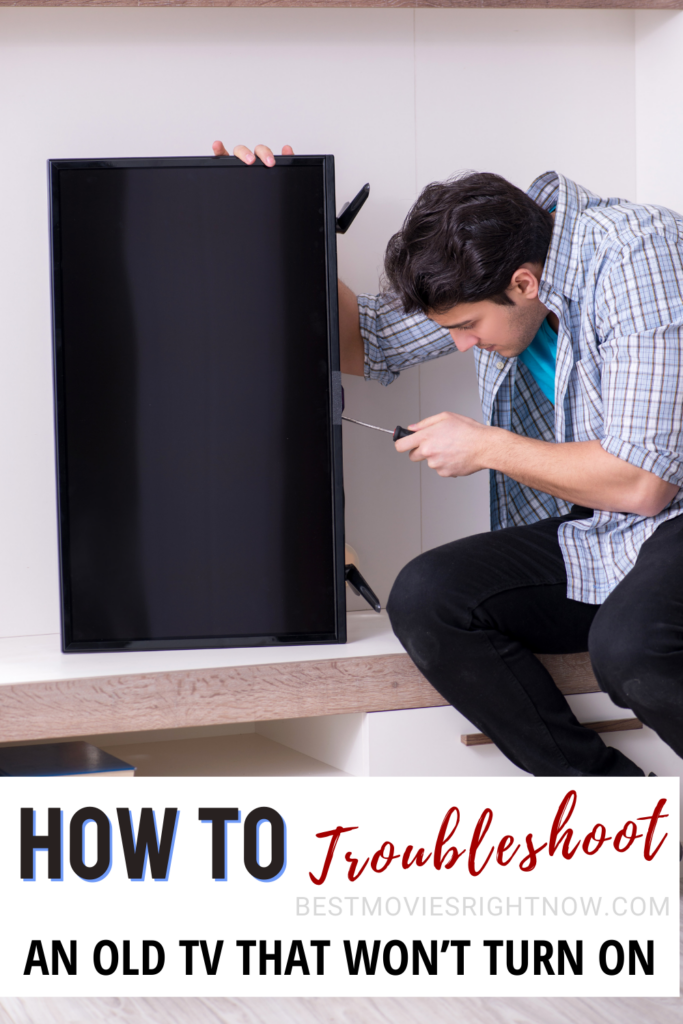