Almost everything you see in the movies is fake. That glass bottle the hero just shattered over the villain’s head is actually made of sugar glass—it’s completely edible and won’t hurt the actor at all. 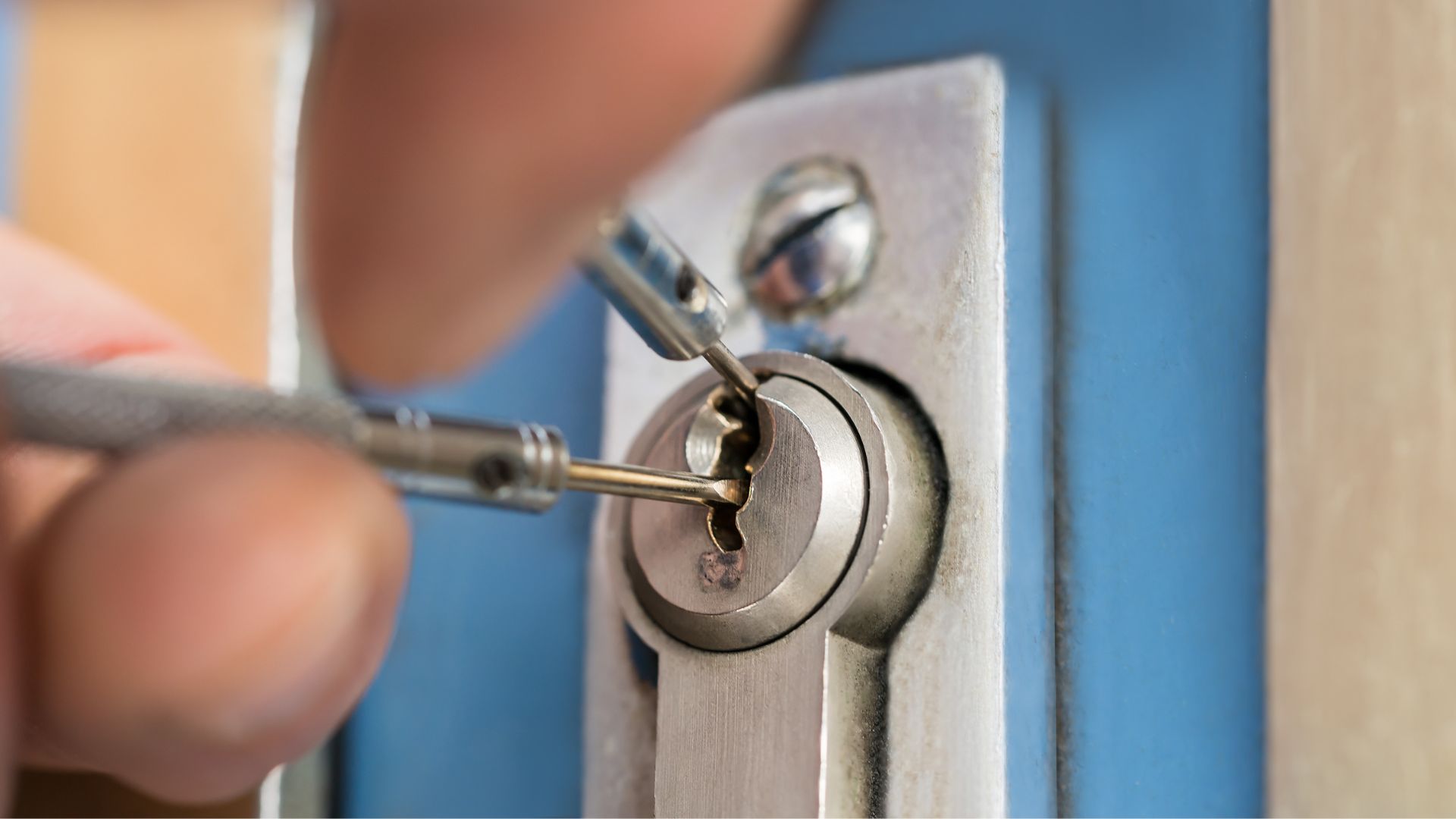 Those ice cubes floating in the water can be too noisy, so silicone look-alikes get used instead. Never trust the movies for an accurate depiction of reality.

The same goes for lock picking; it’s not as easy as the movies make it seem. Let’s look at how lock picking works in film and how it can differ in real life.

The media we consume in pop culture references lock-picking in various ways. Whether it’s Mabel picking a lock in seconds in Only Murders in the Building (with your Hulu subscription, you can Stream now).

Or during Ant-Man (Theatrical) when Paul Rudd’s character uses liquid nitrogen to freeze open a lock, or rather an entire door. You can even find lock picking in video games such as Skyrim.

Movies and video games use made-up technology, the wrong tools, and many other techniques to unlock a safe or door, but ultimately this isn’t feasible in real life.

Filming these lockpicking scenes in movies and TV shows adds tension and suspense to the current situation a character could be in. This is rarely accurate, as a locksmith requires plenty of skill to unlock a door or safe successfully in the real world.

Did you think lock-picking was as easy as the movies make it? Or that it takes only a couple of seconds to unlock a door? This is far from the truth—it could take anywhere from 30 seconds to 45 minutes to unlock something. The holy grail items mentioned above are seldom used in real-case scenarios. Instead, locksmiths use a lock-picking kit to open a lock successfully.

In the movies, lock picking is usually followed by criminal behavior, while in real life, you might use this skill to unlock your car door if you leave your keys inside. Typically, a professional is behind the lock picking and is only used in dire scenarios. So, don’t rely on Quentin Tarantino to teach you how to pick a lock.

Do You Need a Locksmith?

Anytime you’re in a sticky situation and cannot get into your home, business, or vehicle, consider calling a professional locksmith to pick the lock for you. If you attempt to pick this lock yourself, you could be damaging the inner mechanisms and components, which will require you to purchase a new lock. It’s always best to leave this job to skilled professionals.

Don’t get us wrong, you can learn valuable information from watching a scene or two from a movie or TV show, but you must realize that not everything they show is fact or entirely accurate. So, don’t get fooled when Hollywood makes lock picking appear to be an easy skill to learn or perform. Remember, you can learn this yourself, but leaving this job up to the professionals is always best.