Tyler Perry is well known for his gun-toting, Bible-wielding alter-ego Mabel “Madea” Simmons, a fictional character Perry admits is based on his late aunt and mother, Willie Maxine Perry, who passed away in December 2009.

Whether you like her or not, we have a list of Madea Plays for you to enjoy. 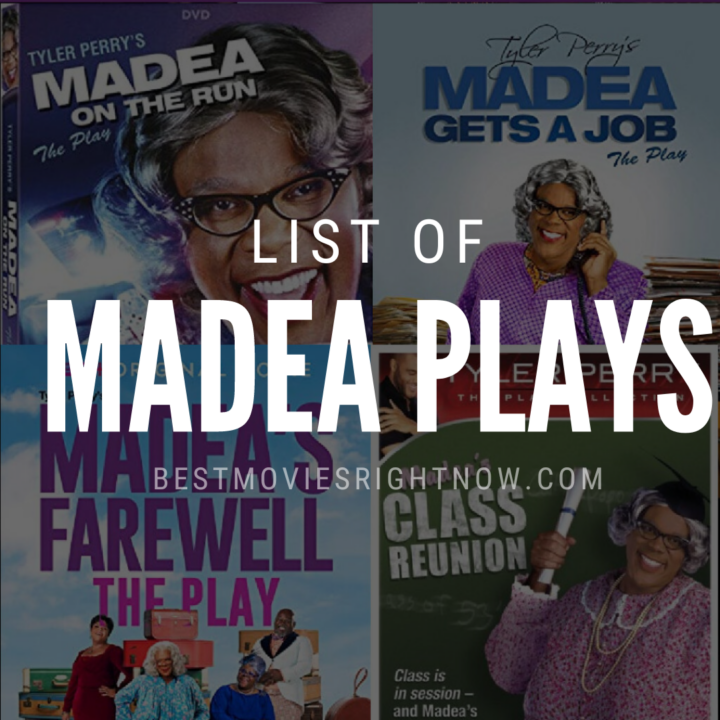 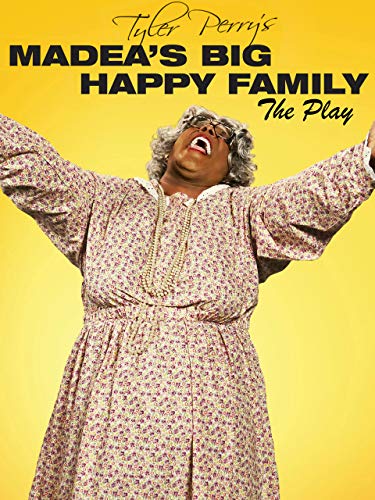 Shirley has significant news for her family, but she has five grown children with diverse lifestyles, making it impossible for her to gather them all.

So Madea, the Matriarch General, arrives to put family life in perspective with a funny take on financial issues, addictions, and, most crucially, family secrets. Madea demonstrates, in her own unique way, the importance of always being yourself. There’s nothing like having a family 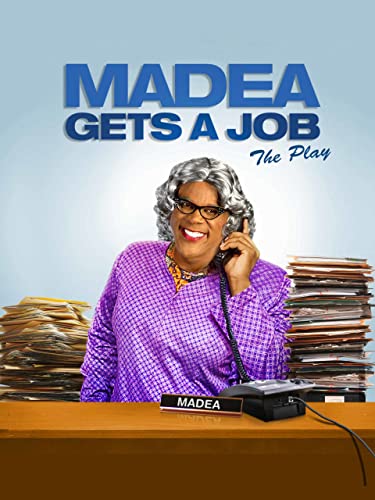 Madea Gets A Job ( Stage Play)
Buy on Amazon

Madea Gets A Job

When a judge orders Madea to do 20 hours of community service at a local retirement home, the residents and staff are not ready for Madea’s brand of “the truth”, but all is well that ends well when Madea helps the residents of Easy Rest Retirement Home realize the importance of family, love, and forgiveness. 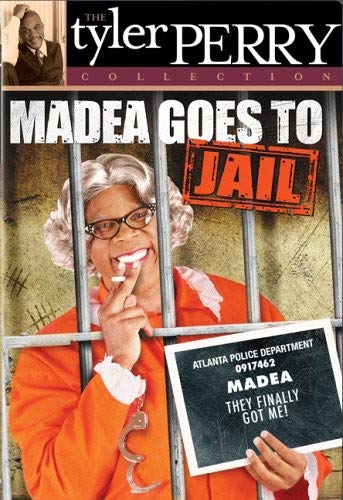 Following a short rest, Madea returns to center stage! After all the runnin’ from the popo and all the arrest warrants, she ripped up, the pistol-tottin’ queen of brash is locked up. 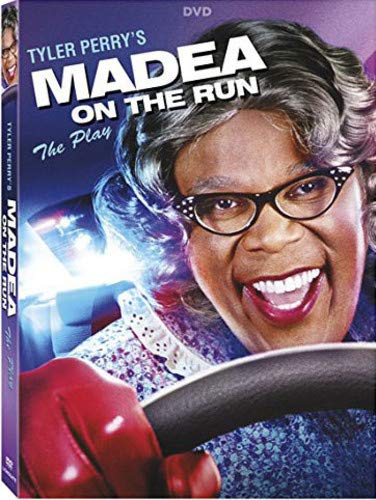 Madea On The Run

In trouble with the local authorities, Mabel Simmons, notoriously known as Madea, is on the run from the law. With no place to turn, she volunteers to move in with her friend Bam who is recovering from hip replacement surgery. 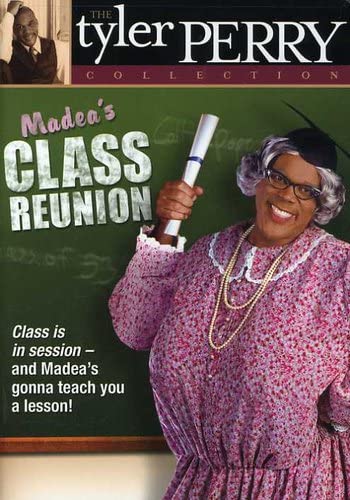 RELATED:  All the Tyler Perry Movies on Netflix

Mabel (Madea) Simmons and Downtown Leroy Brown are old classmates. The setting of the play is the hotel where Madea and all of her classmates are staying. 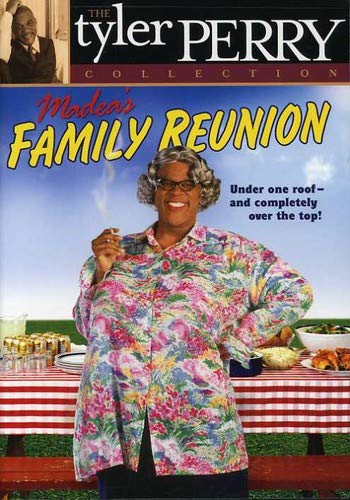 “I want to invite all y’all to the family reunion. Er’rabody is comin’! You see, what had happened was my sister died on the same weekend that my granddaughter was supposed’ ta get married so we had a funeral, a weddin’, and a family reunion all at the same time.

Talk about savin’ money! I paid for it all with just seventy-five dollars. 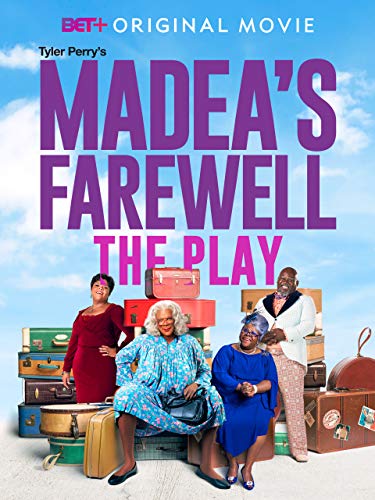 Madea’s Farewell Play centers around Madea’s great-grandson graduating from law school and the entire family gathering to celebrate the occasion. However, chaos ensues as some unexpected folks show up and Madea morphs into a life coach. 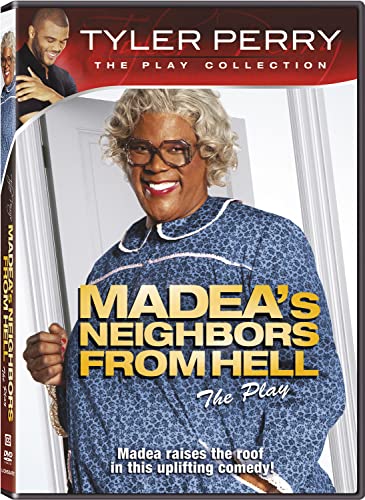 Madea’s neighborhood takes a turn for the worse when a foster mother moves in with her unruly kids. Suspicious activity leads Madea to take justice into her own hands. With Aunt Bam by her side, Madea uses her unique wit and wisdom for unforgettable results. 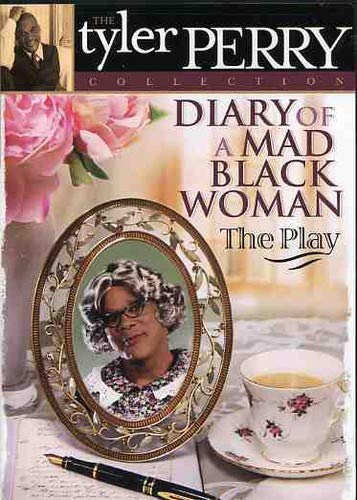 Rather than taking a negative look at the male-female relationship, this production attempts to address, in a comedic manner ( for entertainment purposes only ), the underlying issues faced by many women, irrespective of their individual ethnicity. This is a wake-up call to relationship assessment. 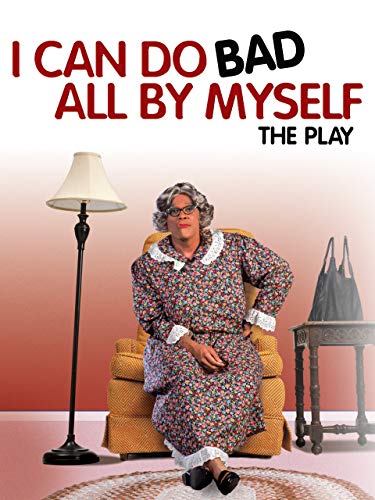 When Madea gets sick, her family comes to her aid. What they don’t realize is that they’re the ones who need her help. As always, Madea’s cockeyed outlook on life saves the day and guarantees side-splitting laughs along the way.

RELATED:  All the Tyler Perry Movies on Netflix 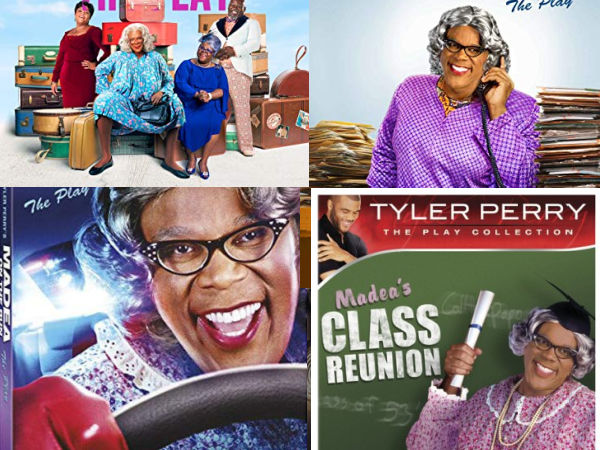 Madea Plays on BET Plus

Although Madea is featured in almost all of Tyler Perry’s plays, these are ones centered around her. You can watch all of them on BET Plus.

What can I watch Madea plays on?

Every one of the Madea plays, including five that have never been translated to film — Madea’s Class Reunion, Madea Gets a Job, Madea’s Neighbors from Hell, Madea on the Run, and Madea’s Farewell — may be purchased separately or viewed on the BET Prime Video channel.

Where can I watch Madea plays?

Madea’s Farewell Play, directed by Tyler Perry, will air exclusively on BET+. On August 27, 2020, it premiered. 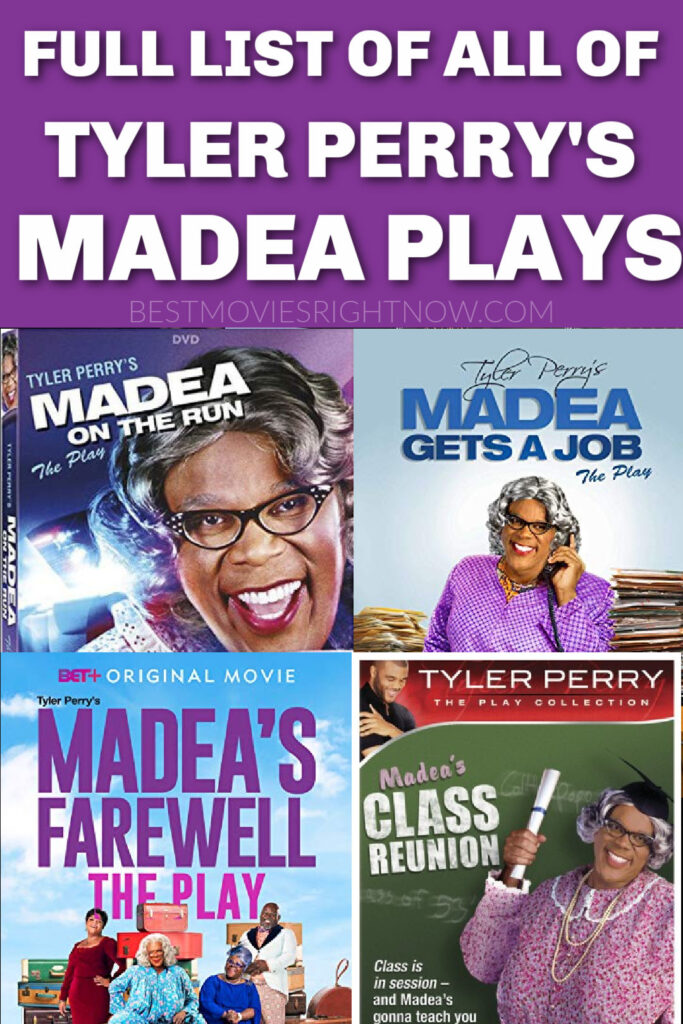