Movie night just got more fun with a fun Marvel Movie Bucket List & Bingo. Mark your cards to see who gets bingo first while you enjoy a Family Fun Movie Night. 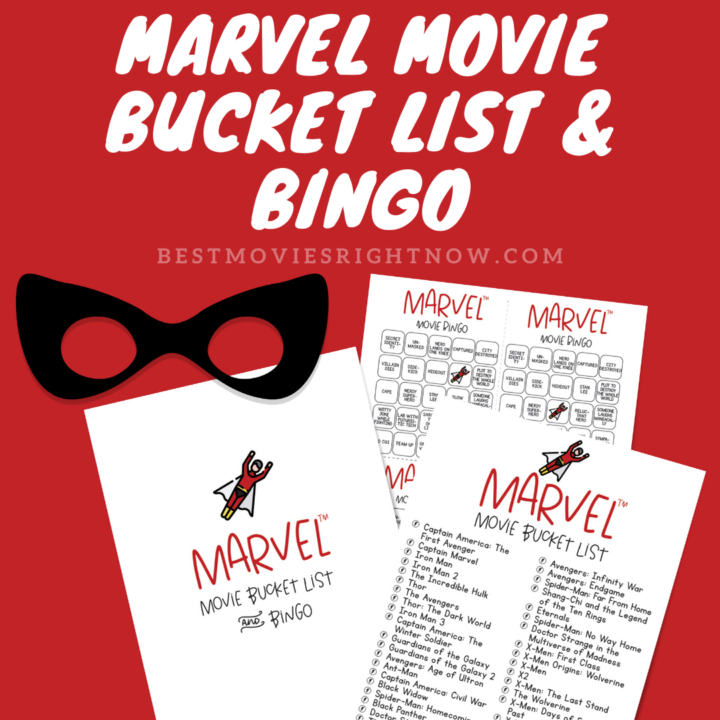 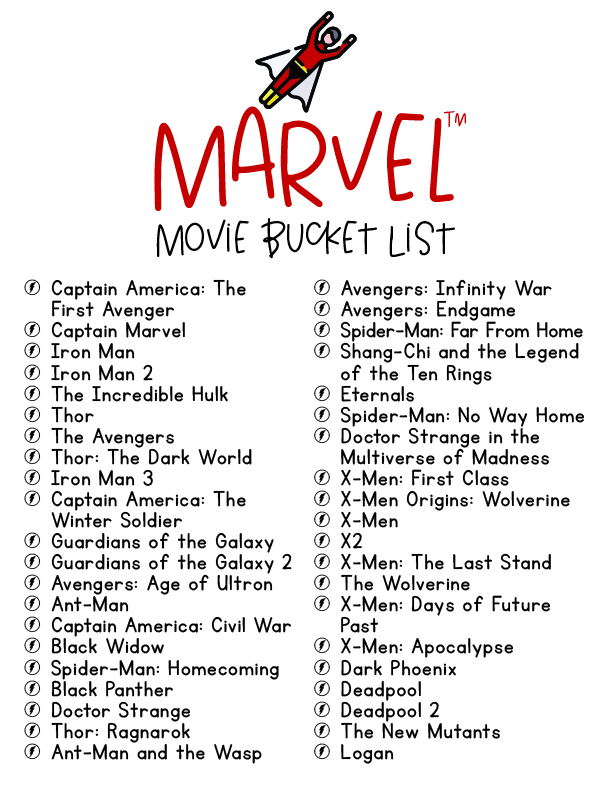 Get the full list of Marvel movies with this list. Check off each one that you’ve seen! 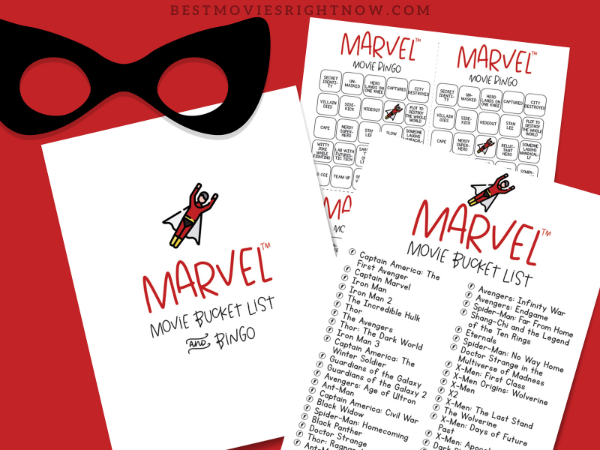 What is Marvel Movie Night Bingo?

Marvel movie bingo is just a version of regular bingo.

Instead of using numbers on the cards, there are movie activities. You mark the space when you see that activity or scene in the movie.

This bingo card features 25 different movie activities including the following:

HOW TO PLAY THE MARVEL MOVIE BINGO

Marvel Movie Bingo game has 25 different items listed. You mark the space when you see that activity in the movie. This is a perfect activity for a Family Movie Night!

Which items are listed on the Bingo board? 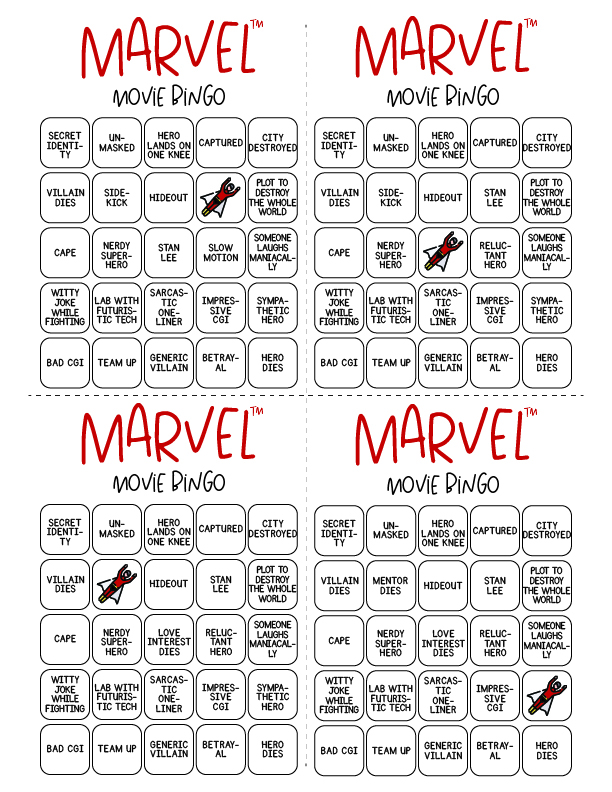 Print a bingo card for each player or team.

Provide your guests with clipboards, pens, and the bingo card to complete, and instruct them to cross off the boxes.

Print one board, cut each square, and place them in a cup or bag for drawing. Place the tile to the side each time an item is called, so you may compare it to the winner’s card.

Each player crosses off an item as it is announced.

When a player notices that the selected things are aligned in a row (vertical, horizontal, or diagonal) on their card, they shout “Bingo!” to notify the other players of a winning card.

The game host (or an assistant aiding the host) is then prompted to check the card for confirmation of the win.

Players compete to be the first to come up with a winning arrangement for the prizes.

The players clear their boards (or start with a new bingo card) once a winner is declared, and the game host begins a fresh round of play.

WHAT TO USE FOR MARKERS?