If you are looking for great movies to watch during the MLK holiday or Black History month, you’ll want to check out these Best MLK Movies for Kids. 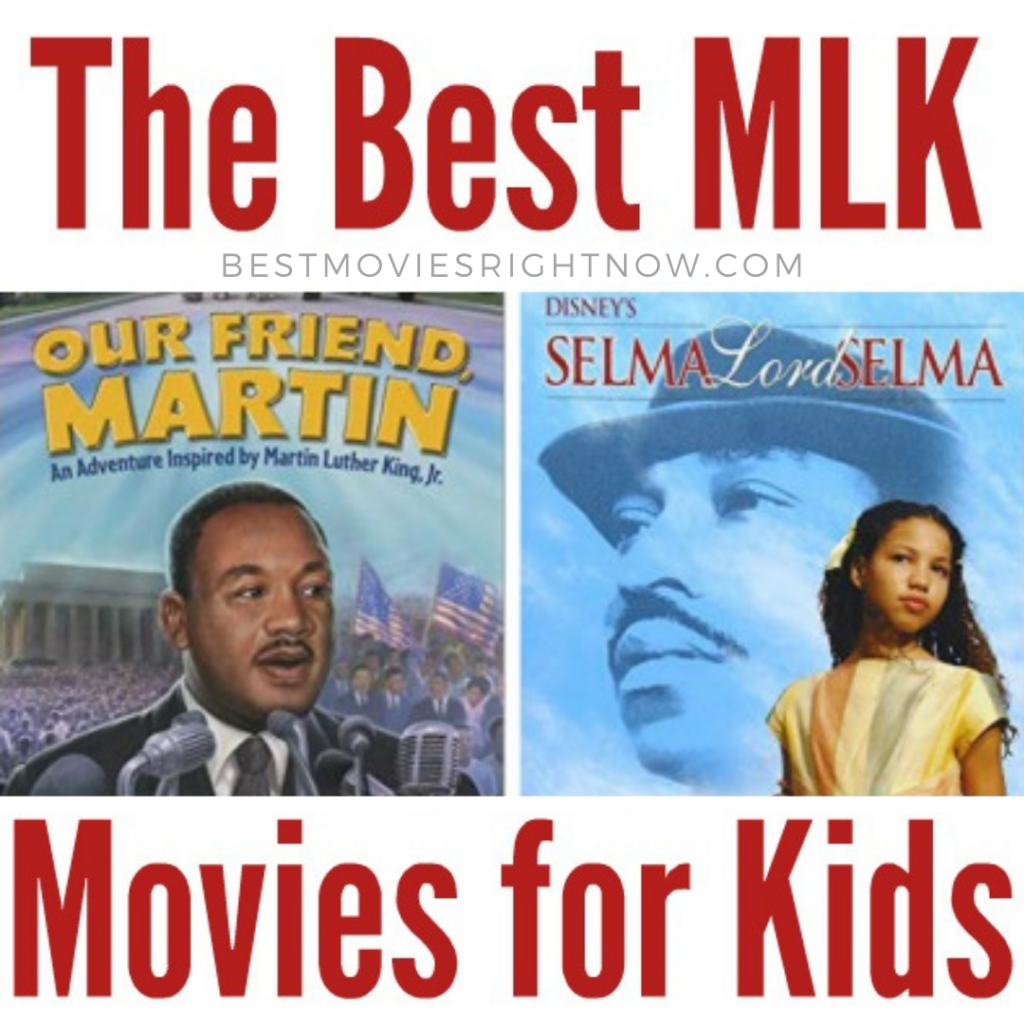 As the MLK holiday approaches, your kids are likely out of school. He was a very important figure in the civil rights movement.

Here are some great educational titles about Martin Luther King, Jr. that you can watch on your day off.

Due to the nature of the content that might be included in any movie about MLK or civil rights, there aren’t many that would be considered kid-friendly across the board. Families can expect to hear many uses of the “N” word and other racial slurs.

Whether you have an African-American family, a White family, or are from another country, these are great educational titles to learn about the events that changed American history.

This animated special, inspired by the life of Dr. Martin Luther King Jr., posits the question of what the 20th century, particularly the 1990s, would have been like if the famed Civil Rights leader had lived.

Eleven-year-old Sheyann Webb becomes an instrument of change in 1965 Alabama in this riveting and sometimes heartbreaking drama based on real events concerning a dark segment of American history: segregation.

As the Rev. Martin Luther King sweeps through the countryside trying to register voters (including African-American women), Sheyann finds out just how oppressed her community (including her family members) truly is.

Common Sense Media recommends this movie for kids 13+. Check out their review.

In the face of violent racist attacks, Martin Luther King Jr. leads a protest in Alabama that culminates in a historic march from Selma to Montgomery. This movie also won an Academy Award for Best Achievement in Music Written for Motion Pictures, Original Song. 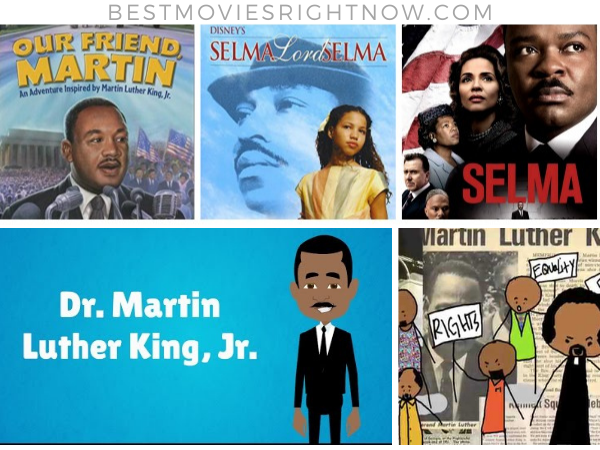 Short Movies about MLK for Kids


This kid-friendly video on the life of Rev. Dr. Martin Luther King, Jr. uses animation, music, and narration to share Martin’s vision for the world and his powerful legacy of non-violence and equality for all people.

The King and His Dream

This was a great school project completed by a very talented kid.

There’s a YouTube channel by 11-year-old “Mr. Q,” who discovered that at an early age and has spent the last couple of years making these fun, informative videos with his dad. Episode 12. The 3rd Monday of January is a federal holiday called Martin Luther King Jr Day.

Think you know all there is to know about Dr. King? Do you know what Jim Crow Laws were and how they got their name? Or how about what part Mahatma Gandhi played in all this? Let Mister Q fill you in.

Scholastic Storybook Treasures – March On! The Day My Brother Martin Changed the World

You can get the Scholastic Storybook DVD which features – 4 true stories on one DVD including March On!: The Day My Brother Martin Changed the World, Mar’s Big Words, Rosa (about Rosa Parks’ bus boycott), and Henry’s Freedom Box: A True Story from the Underground Railroad (the story of a slave from Virginia who escaped to freedom by arranging to have himself mailed in a wooden crate to Philadelphia, Pennsylvania).

In “The Day My Brother Martin Changed the World,” Martin Luther King Jr.’s sister travels back to 1963 to present a personal, stirring account of the remarkable day when Dr. King delivered the I HAVE A DREAM speech.


Civil rights leader Ruby Bridges remembers integrating the New Orleans school system in 1960 and the lessons of racial justice that her teacher and Dr. King taught. She urges Americans to honor Dr. King’s legacy of service by volunteering on MLK Day. If you want to continue digging deeper, be sure to check out these children’s books. This is my favorite book about Martin Luther King, Jr 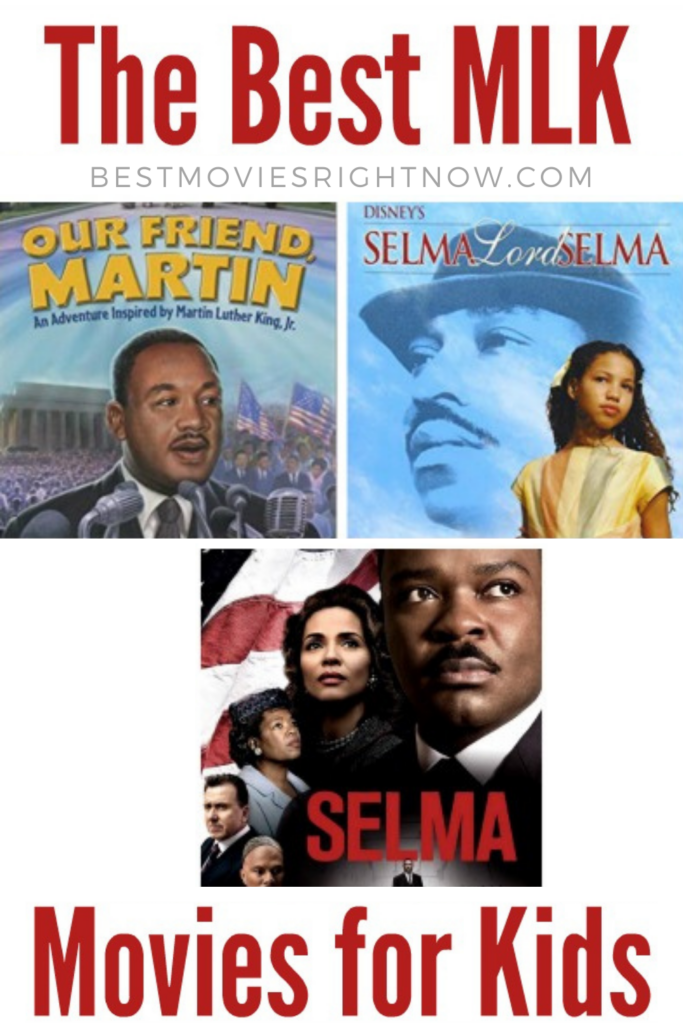 […] out this list of movies that discuss civil rights and/or Dr. King himself for all […]