Whether you want to be educated or entertained, there’s a pandemic movie to stream on this list for everyone. Check out this list of the best pandemic movies on Netflix, Hulu and Prime. 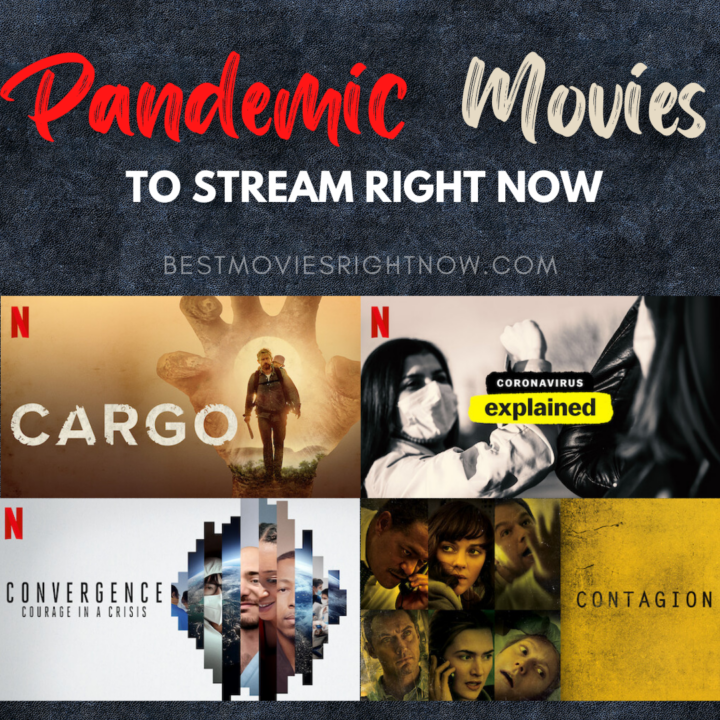 What is a pandemic?

With all of the misinformation and daily discussions about what’s happening in 2020, I was happy to find that there are some educational movies about pandemics along with a lot of fictional accounts of them. Check them out for yourself! 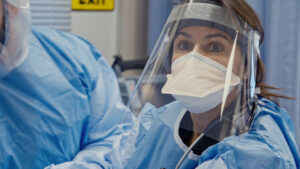 Pandemic: How to Prevent an Outbreak

Armies of tireless doctors and scientists are our best defense against a pandemic. Get to know them in this docuseries. | Stream on Netflix 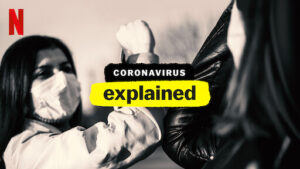 In 2020, the world changed. This topical series examines the coronavirus pandemic, the efforts to combat it, and ways to manage its mental health toll. | Stream on Netflix 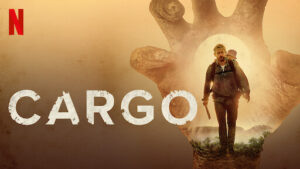 Amid a terrifying pandemic, a father searches the wilds of Australia for someone willing to protect and care for his infant daughter. | Stream on Netflix 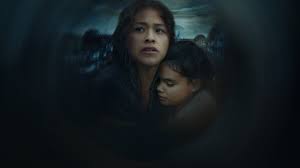 After a global event wipes out humanity’s ability to sleep, a troubled ex-soldier fights to save her family as a society, and her mind spiral into chaos. | Stream on Netflix 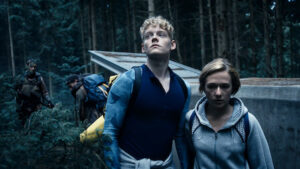 Six years after a rain-borne virus wipes out most of Scandinavia’s population, two siblings join a band of young survivors seeking safety — and answers. | Stream on Netflix 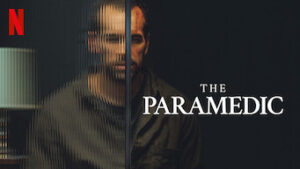 Unable to face his new reality in a wheelchair, Ángel develops a deadly obsession with the woman who left him and unleashes a sinister revenge plot. | Stream on Netflix 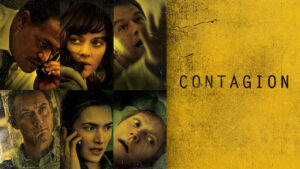 A group of medical experts must race against time to stop an unknown virus that ignites a global pandemic. | Stream on Netflix 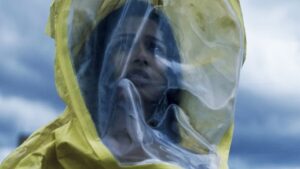 A couple must endure a self-imposed quarantine and elude authorities after a mysterious virus proves lethal to the world’s female population. | Stream on Netflix 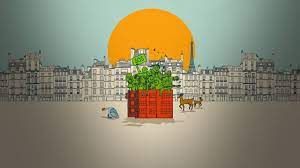 When Paris goes into lockdown during the pandemic, the quirky residents of an apartment building must adjust to a new life — and one another. | Stream on Netflix 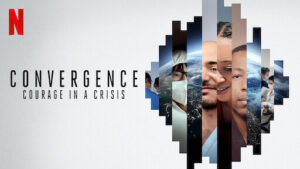 While COVID-19 exacerbates vulnerabilities across the world, unsung heroes at all levels of society help the tide turn toward a brighter future. | Stream on Netflix 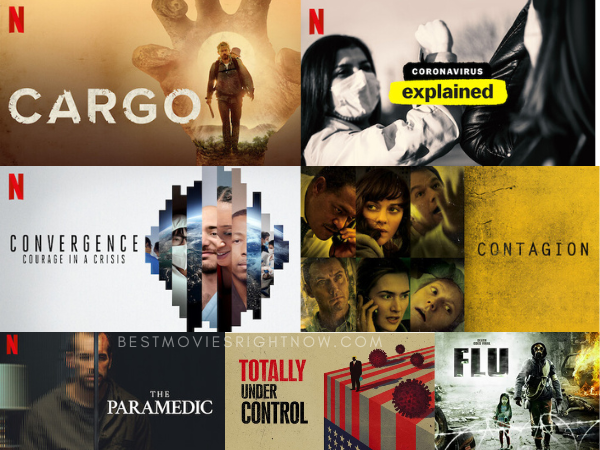 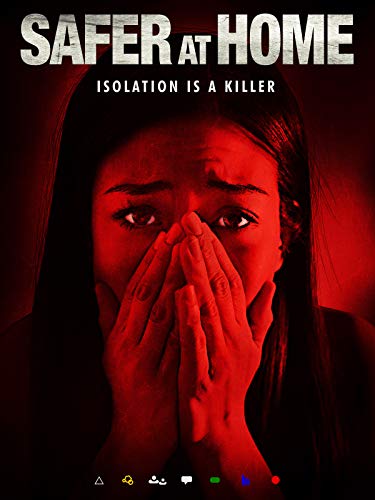 Two years into the pandemic, a group of friends throw a wild online party. After taking ecstasy, things go terribly wrong and the safety of their homes becomes more terrifying than the raging chaos outside. | Stream on Hulu 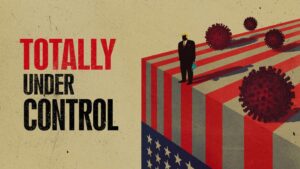 An in-depth look at how the United States government handled the response to the COVID-19 outbreak during the early months of the pandemic. | Stream on Hulu 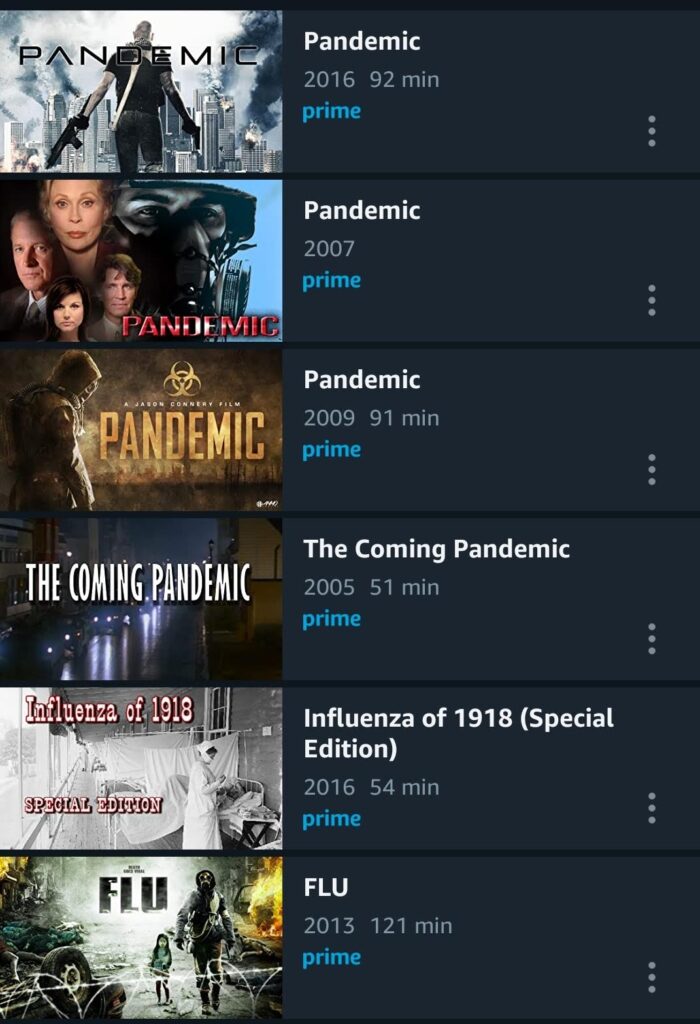 When Tom Hanks and his wife tested positive for the Coronavirus, it put a face on the disease. Ironically, in his latest movie, in the midst of war, his character asked God for protection from an unseen enemy.

Little did he know as he and his wife casually walked the shores of the famed Bondi Beach in mid-March 2020, that in a matter of days another unseen enemy would try to take his life.

A virus of epic proportions has overtaken the planet. Lauren and her team lead the charge for survivors. Nothing has prepared them for the upcoming mayhem they are about to encounter

After a nineteen-year-old male dies on a flight following a raging fever and violent convulsions, CDC epidemiologist Dr. Kayla Martin (Tiffani Thiessen) and her partner Carl Ratner (French Stewart) consider the frightening possibilities of the reality of the bird flu, the probability of a biological attack, or worse, a new virus they can’t control.

But by the time the passengers of the flight are filtered into the ward of a local hospital, the infection is already poisoning sections of Los Angeles, unbeknownst to each victim who passes it on.

The virus is spreading, and so is the panic and the fear that it can’t be stopped. Also featuring Faye Dunaway and Eric Roberts, Pandemic is now available for the first time on DVD in an extended version with all-new bonus material. Grab Pandemic…time is running out!

A virus has stricken New Mexico and a local veterinarian gets caught up in the middle.

When the military quarantines the area and cuts off all communication, she must pair up with an eccentric rancher who has ideas of his own about what the government is up to, so they can expose the threat and save humanity.

It’s the disease the world has been fearing. No country is prepared. Scientists now believe it’s only a matter of time before another major epidemic kills millions.

The most likely source is a mutation of the influenza virus, killing birds and humans across Asia. But what would happen if such a virus struck? Can anything be done to prepare?

Influenza of 1918 was an unusually deadly influenza pandemic, the first of the two pandemics involving the H1N1 influenza virus.

It infected 500 million people across the world, including remote Pacific islands and the Arctic, and killed 50 to 100 million of them three to five percent of the world’s population making it one of the deadliest natural disasters in human history.

A deadly virus is unleashed on an unsuspecting public. A human trafficker covered in oozing red rashes and coughing up blood dies at a hospital. Within hours, the virus spreads all over the city and death goes viral as the body count rapidly rises.

In the city, no one gets in, no one gets out, and everything begins to spiral out of control! This viral outbreak movie is a  Korean Language film with English subtitles. 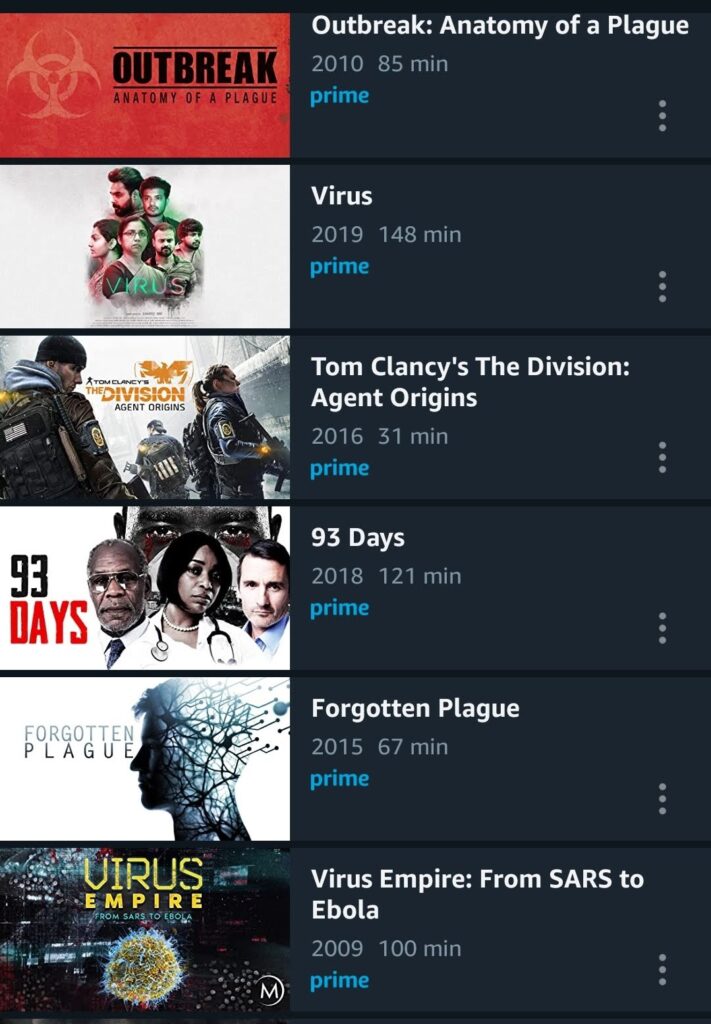 Outbreak: Anatomy of a Plague

This feature-length documentary juxtaposes a 21st-century scenario against the cautionary history of Montreal’s 1885 smallpox epidemic to depict a modern city under siege.

The virus movie is a fiction based on true events, revolving around the deadly Nipah virus epidemic scare in Calicut, in 2018. A zoonotic disease top-listed by WHO, with no vaccination and treatment protocol, the deadly Nipah kills 75 % of those affected.

Virus movie documents how the community spirit of a small town, in a tiny state of India, managed to fight the battle and win.

New York City teeters on the brink of collapse after being devastated by a pandemic. Four newly activated agents of a secret organization called The Division must leave their old lives behind to prevent the fall of civilization.

Heroic health workers fight to contain an Ebola outbreak when a patient arrives in Lagos with symptoms of the deadly virus. Based on a true story. | Stream on Prime Video

An afflicted journalist embarks on a quest to find out why the CDC and medical system have neglected his disease and left millions sidelined from life.

Virus Empire: From SARS to Ebola

In the 20th Century, more people died from viral infections than from all the wars around the globe. The Virus Empire takes a look at how deadly infections like SARS have warped to become scourges like Ebola. 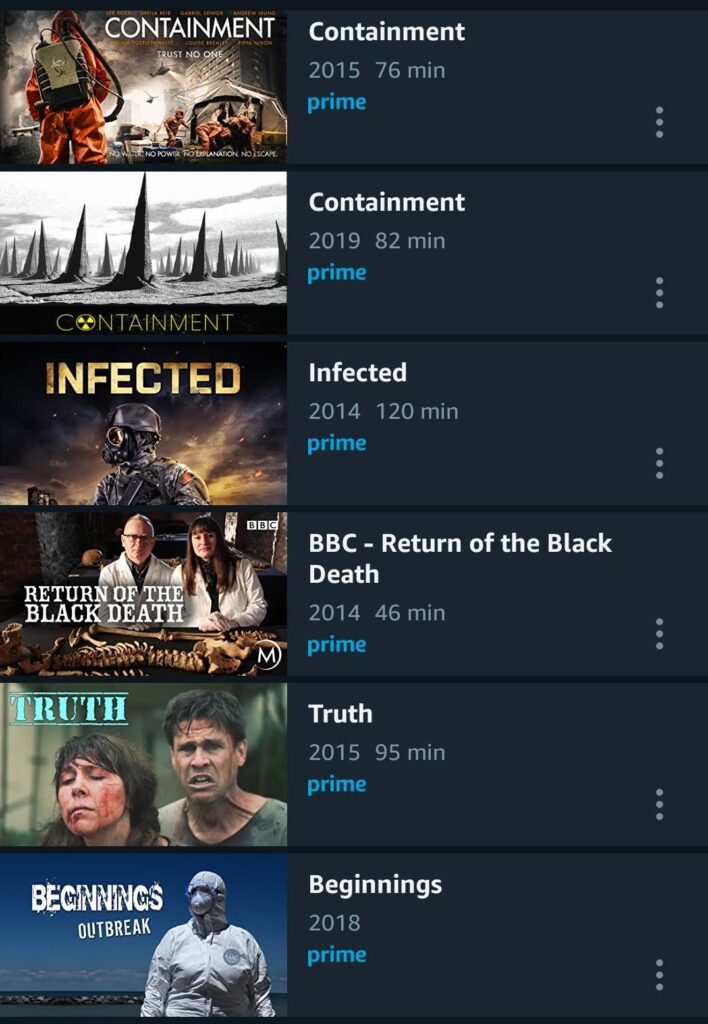 Neighbors in an apartment complex wake up to find they have been sealed inside by strangers in hazmat suits. Unable to identify the infected, the quarantined start turning against each other in an adrenaline-fuelled fight for survival.

Can we contain the deadliest substances ever produced? Left over from the Cold War are millions of gallons of radioactive sludge. How can we protect generations from its fallout? Containment explores an uneasy present and an imaginative future, exploring the idea that over time, nothing stays put.

Click here to view all of the pandemic movies 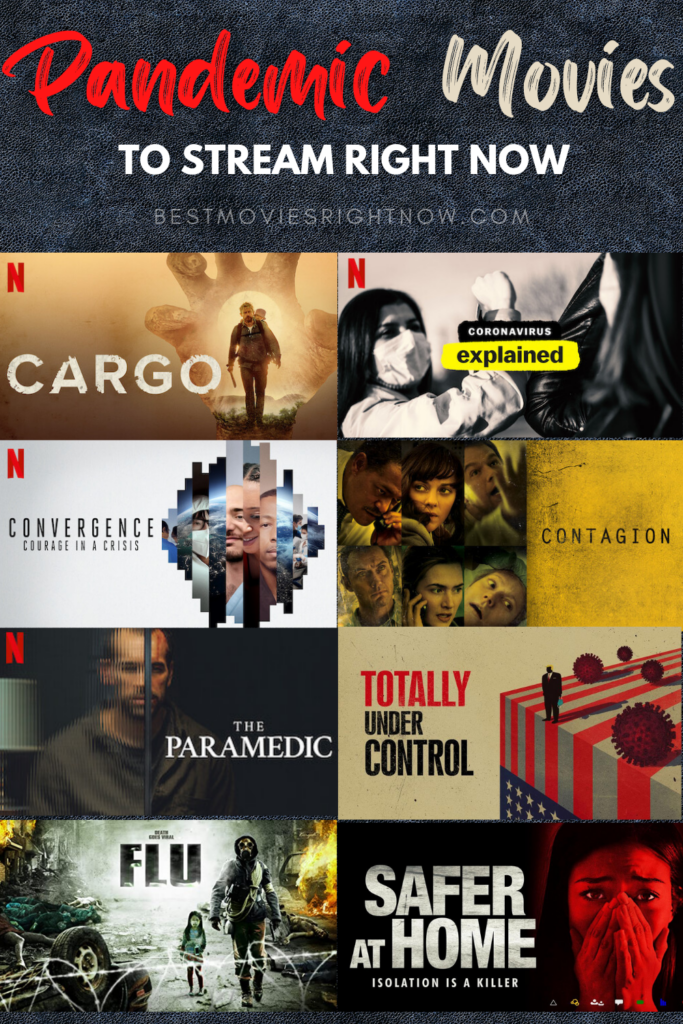 […] the COVID-19 pandemic restrictions are starting to loosen up in many parts of the country, there are still some hotspots […]

[…] Given the current situation of the world, most movie theater chains aren’t open in the United States right now. Unfortunately, there’s also no telling when movie chains could open again or if major chains will even survive the pandemic. […]