Wondering what your options are for princess movies on Disney Plus? Check out this post to find out every title that’s available right now. 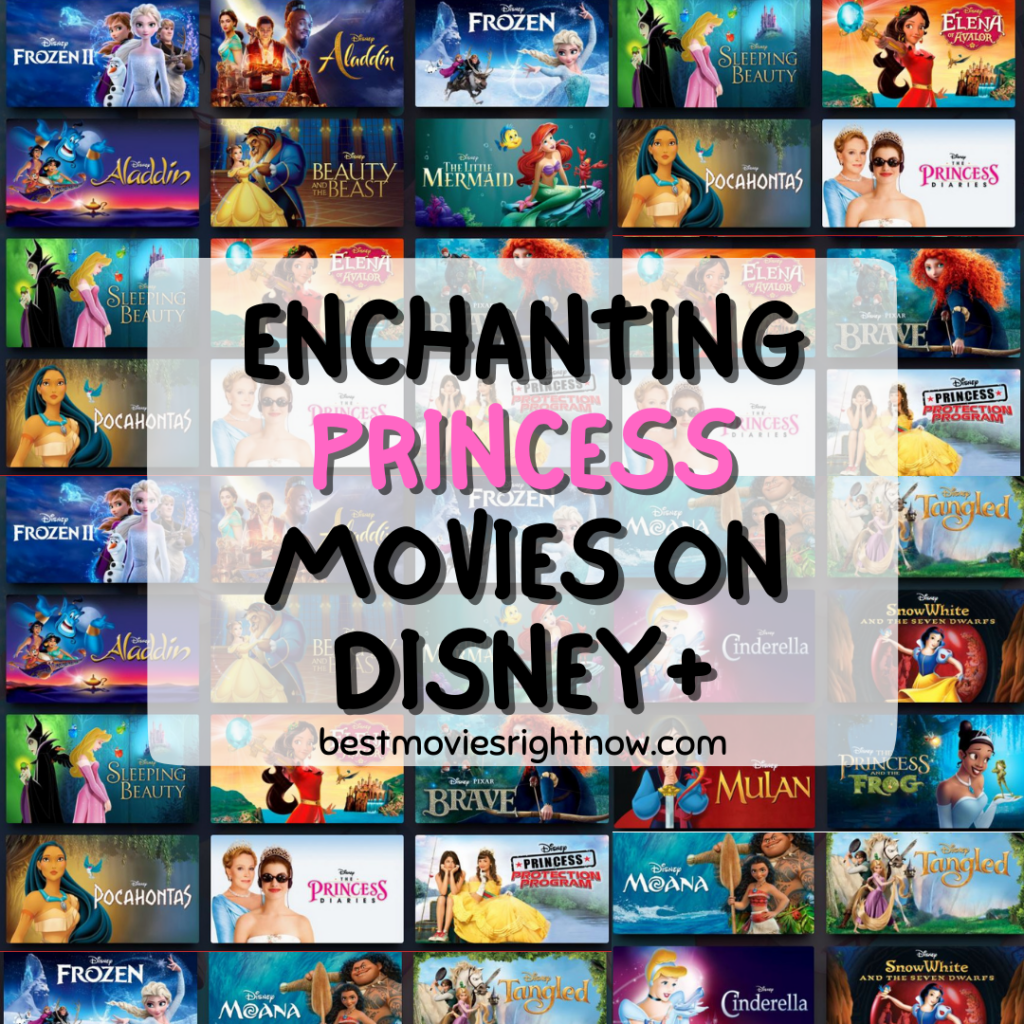 Disney may be known for its animated features. However, I was pleasantly surprised to see that there are many princess movies on Disney+. Perfect for a month of family movie nights!

Disney loves its princesses. In fact, there is a Princesses collection on Disney+.

The official Disney Princesses are featured along with other adventures featuring princesses like Princess Diaries 2 and sequels and spin-offs to some of the classic Disney Princess movies. There are also a few princess series on Disney+.

The following Disney Princess movies are available on Disney+.

Who are the 15 Disney princesses?

This question is a bit of a misnomer, as there are only 12 official Disney princesses.

Who are the 12 Disney princesses?

What are the official Disney princesses?

Originally, there were eight official Disney princesses included in the line-up: Snow White, Cinderella, Aurora, Ariel, Belle, Jasmine, Pocahontas, and Mulan. Today, there are twelve princesses in total, eleven from Walt Disney Animation Studios, and one from Pixar. 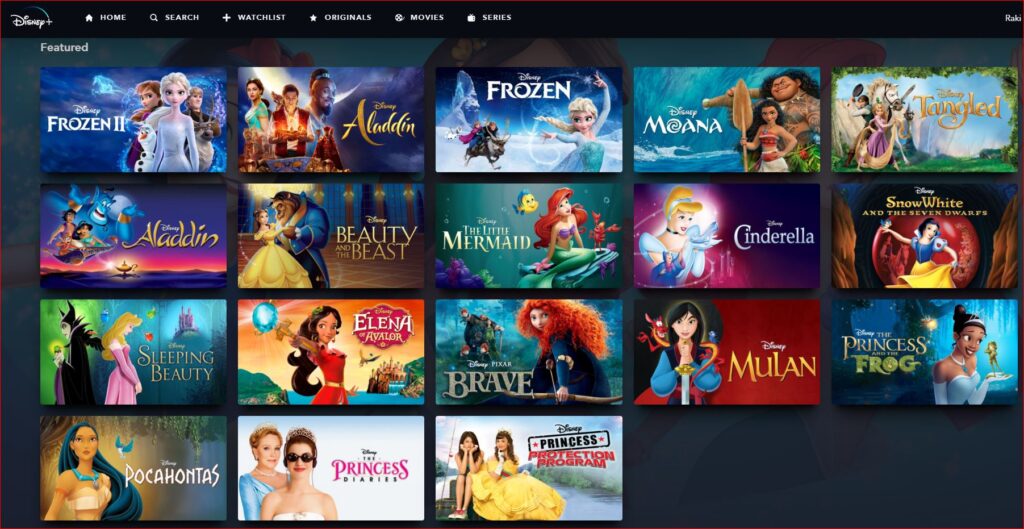 How many Disney princesses are there 2020?

As of 2020, there are twelve princesses in total, eleven from Walt Disney Animation Studios, and one from Pixar.

Who was Disney’s first princess?

Snow White is the first and oldest Disney princess, who debuted in 1937 in the first animated feature film “Snow White and the Seven Dwarfs.”

Why is Mulan a Disney princess?

She is a princess because of her great act of heroism (she saved all of China and also the Emperor). Who is the youngest Disney Princess?

Snow White was the youngest of all the Disney Princesses at 14 years old. 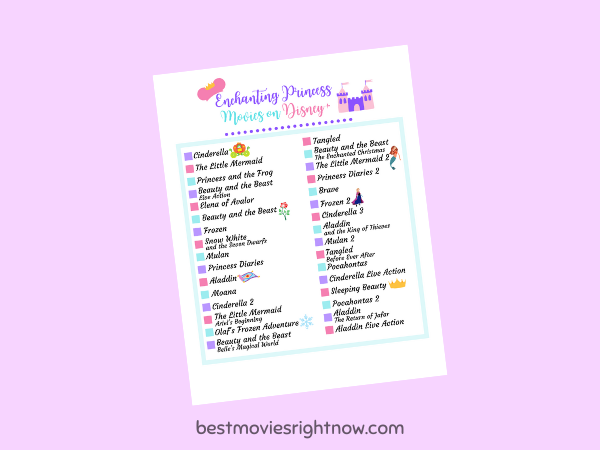 Avid movie watchers love the challenge of watching movies by series, genre, actor, or director. As you go through this list of movies, you’ll want to see how many you can check off.

Perhaps you’ll realize that you have seen a lot of the movies listed, but you may not have seen every one on the list.

I love a challenge. Every year, I tackle a reading list that allows to me read books I don’t normally pick up or classics that I always meant to read. So, why not challenge myself and try to watch all the movies on this list?

Whether it’s Spring break, Summer break, or you’re just stuck in the house, these princess movies on Disney+ are great to use in a challenge.

I’ve created a Disney+ Challenge Checklist featuring the top 42 Disney Princess movies on Disney+. Keep track of which movies you have watched and which you have yet to watch, and see if you can complete the challenge! 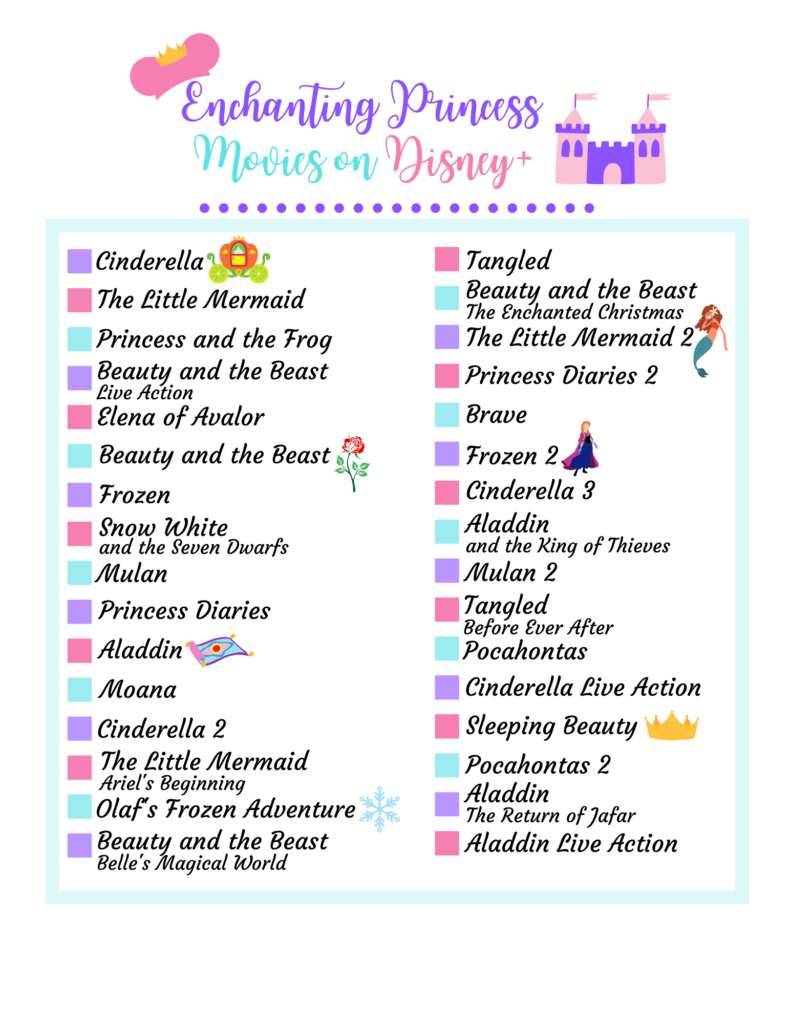 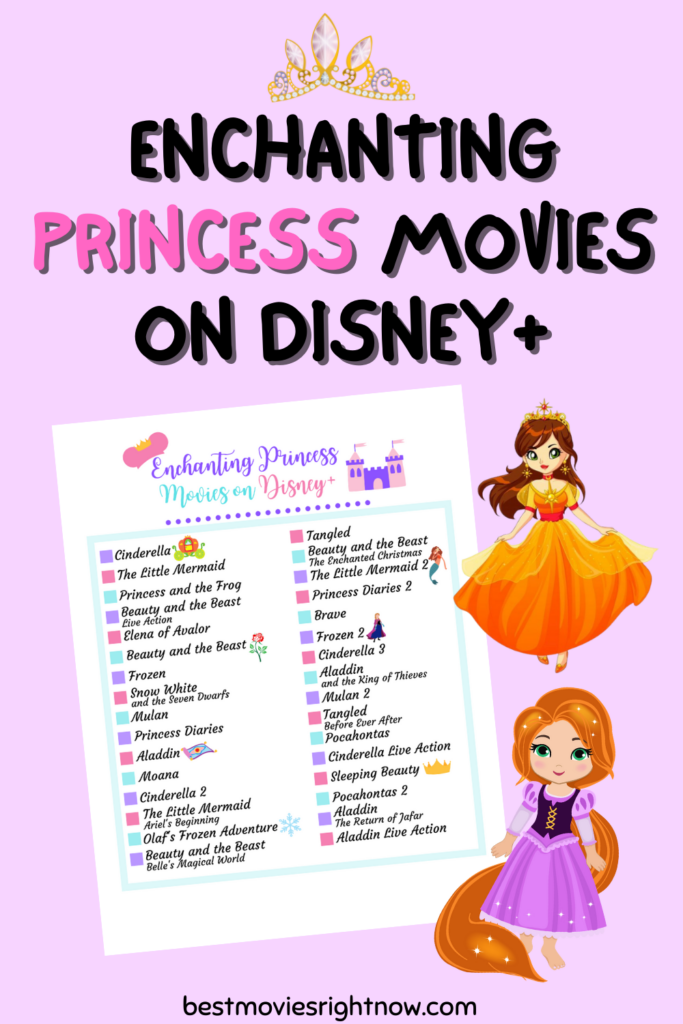 […] that is mainly for the boys, it’s nice to see some girl power. Girls can be more than just princesses and mermaids; they can also be tough. They can fight crime, solve mysteries, save the day, and in […]

[…] Disney loves its princes and princesses. […]