Moviemakers and theater owners worldwide use subliminal messages to get the desired result. Showing popcorn on the screen for a few seconds followed by a Coke can have the desired effect and concession sales rise. 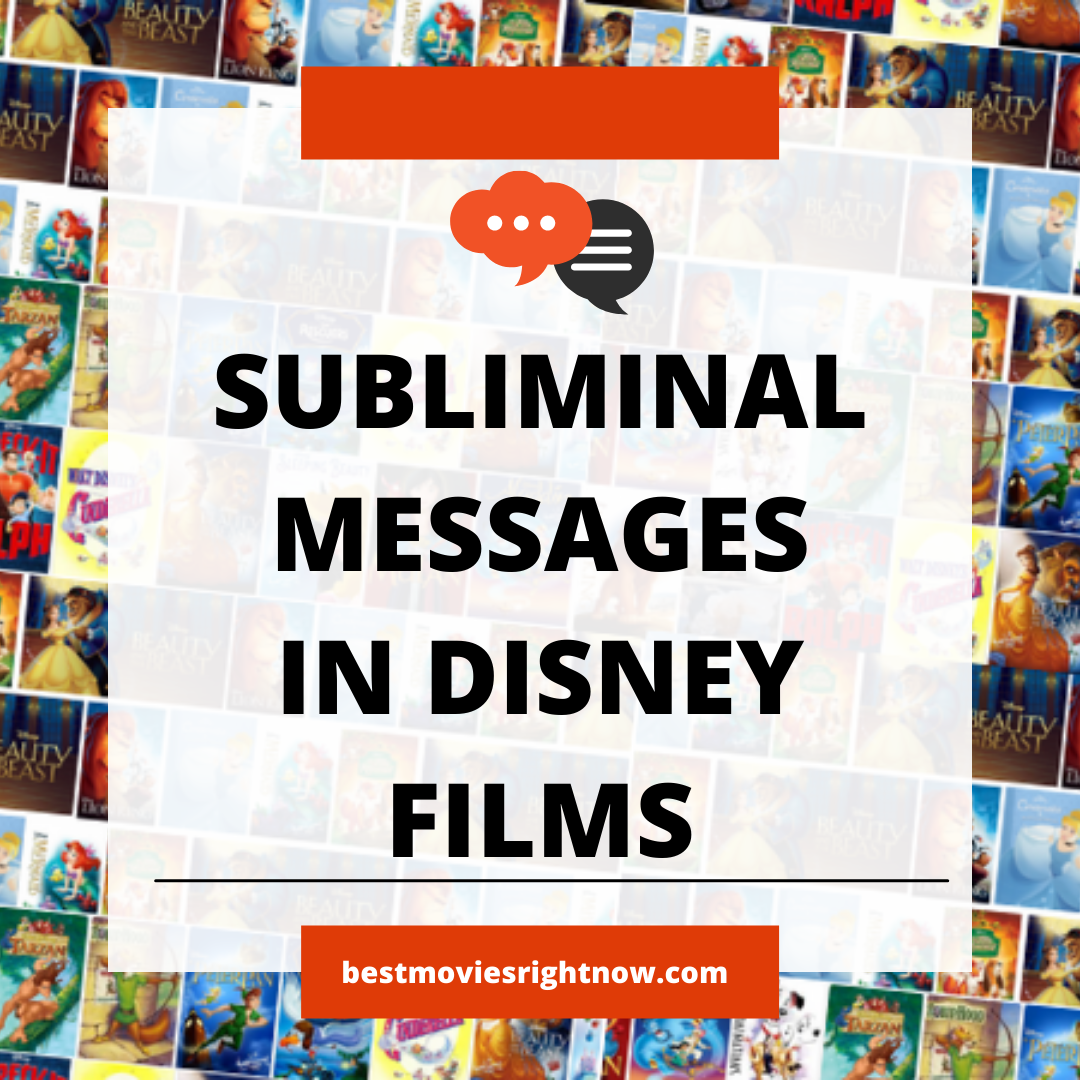 However, when examining the purported subliminal messages in Disney films it seems ludicrous to think that Walt Disney secretly wanted all children to “take off [their] clothes” or see a priest inappropriately stimulated.

It is easy to find internet sites that claim there are inappropriate pictures and messages interspersed throughout the animated feature films. It is a safe bet that most small children have no idea that these messages exist while teens and adults have heard about them and therefore seek them out.

Whether the messages are now heard because people are programmed to hear them or if they are really there is in dispute. Here are some examples you can investigate yourself.

In “Aladdin” there is a part where Aladdin sneaks onto the balcony and is trying to meet up with Jasmine. The claim is that while Genie is asking how Aladdin is doing you can hear Aladdin’s voice in the background saying “take off your clothes”.

If you are curious you can find the clip on YouTube and decide for yourself. Disney and members of the media deny the validity of this claim.

RELATED:  Forgotten Disney Movies Of The 1960s That Your Children Will Love

In one scene of “The Rescuers” there is an image in the background that appears to be a naked woman in the window. The image is rather blurry and would probably not be seen by anyone who wasn’t running it in slow motion looking for just such things but that is the point of subliminal messages.

Disney actually agreed that the image was questionable retired the movie to their archives until they could release it with the offending frames cut out.

The priest performing the wedding in “The Little Mermaid” appears to be a little too excited. When examining the clip closely it is obvious why people think that is the case. Disney, however, claims that if you really look at how the character is drawn you can see that it is the priest’s knee, not anything inappropriate. 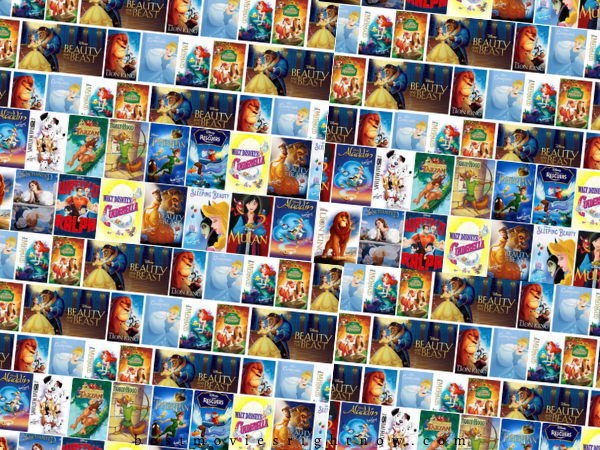 At the beginning of the Disney empire, Walt Disney refused to give creative credit to anyone but himself. Storymen, therefore, would add their own images and messages as their way of fighting back. Here are a few things that made it past Walt’s watchful eye and that of other editors to end up in the final movies.

In the collection “Goofy Sports Shorts” most of the players’ names are the names of Disney artists. They were determined to get their names on the screen one way or another.

While traveling through Toon Town in “Who Framed Roger Rabbit” a telephone number appears as artwork on the side of one building. In the theatrical release, that telephone number was Michael Eisner’s home number. The phone number was removed prior to the video release but it appears the artists not only wanted their names in the film but they wanted to torture Eisner as well.

In “Beauty and the Beast” there is a scene where it is reported that the Beast sports a tattoo of a heart on his backside. Although most of the world will never see his tattoo as it is covered by his cape, people who have the laserdisc version can see it is the “work in progress” section.
Third, subliminal messages that pay homage to other Disney films:

In the background of many movies, Disney included, there are images of other films and characters. Many filmmakers use this tactic to remind watchers of other films they love. Following are a couple of examples of this type of messaging.

In “The Hunchback of Notre Dame” there is a scene where Belle is in the background reading a book, a man is shaking out Aladdin’s rug and two guys are carrying Pumba. It is difficult to see but if you must see it to believe it check out YouTube.

During “The Little Mermaid” there is a scene where King Triton swoops over the crowd. Once he is across the screen Mickey Mouse, Donald Duck, and Goofy can be found in the crowd.

The magic of Disney should be found in the joy in a child’s eyes as they watch the prince defeat the dragon and release the “Sleeping Beauty“. Most children will never see anything but the wonderful, magical world Walt Disney created to take them on an enchanted journey for 90 minutes of their life. Who can argue with that? 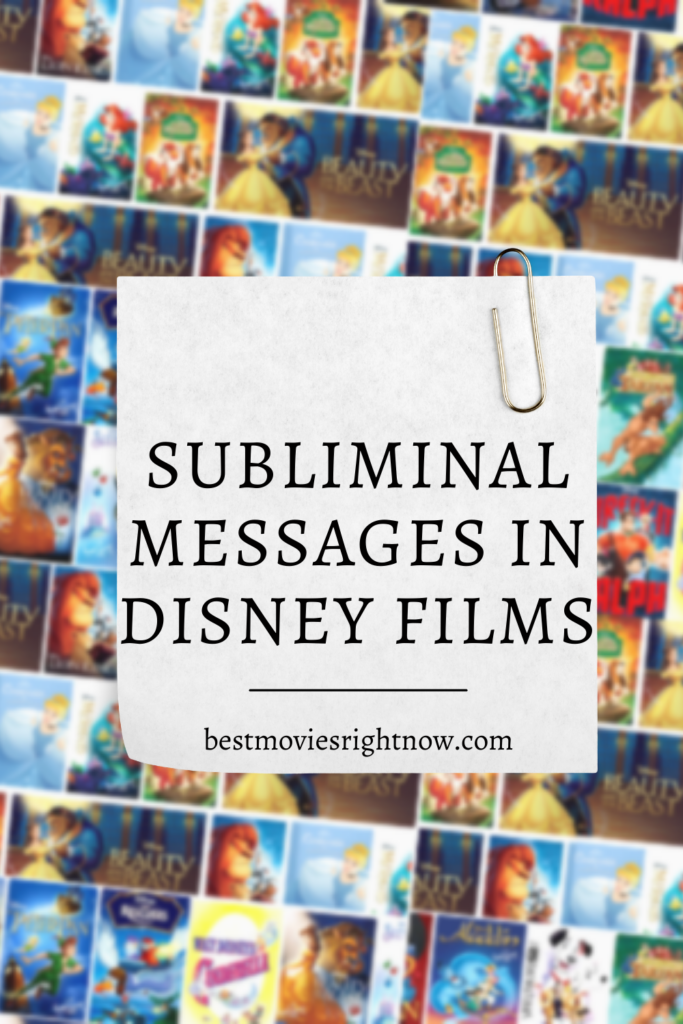