Wondering what superhero movie to watch on Disney Plus? This Superhero Activity Pack will make you get curious about how the story goes on with every character mentioned. Check out this post to find out every title that’s available right now. 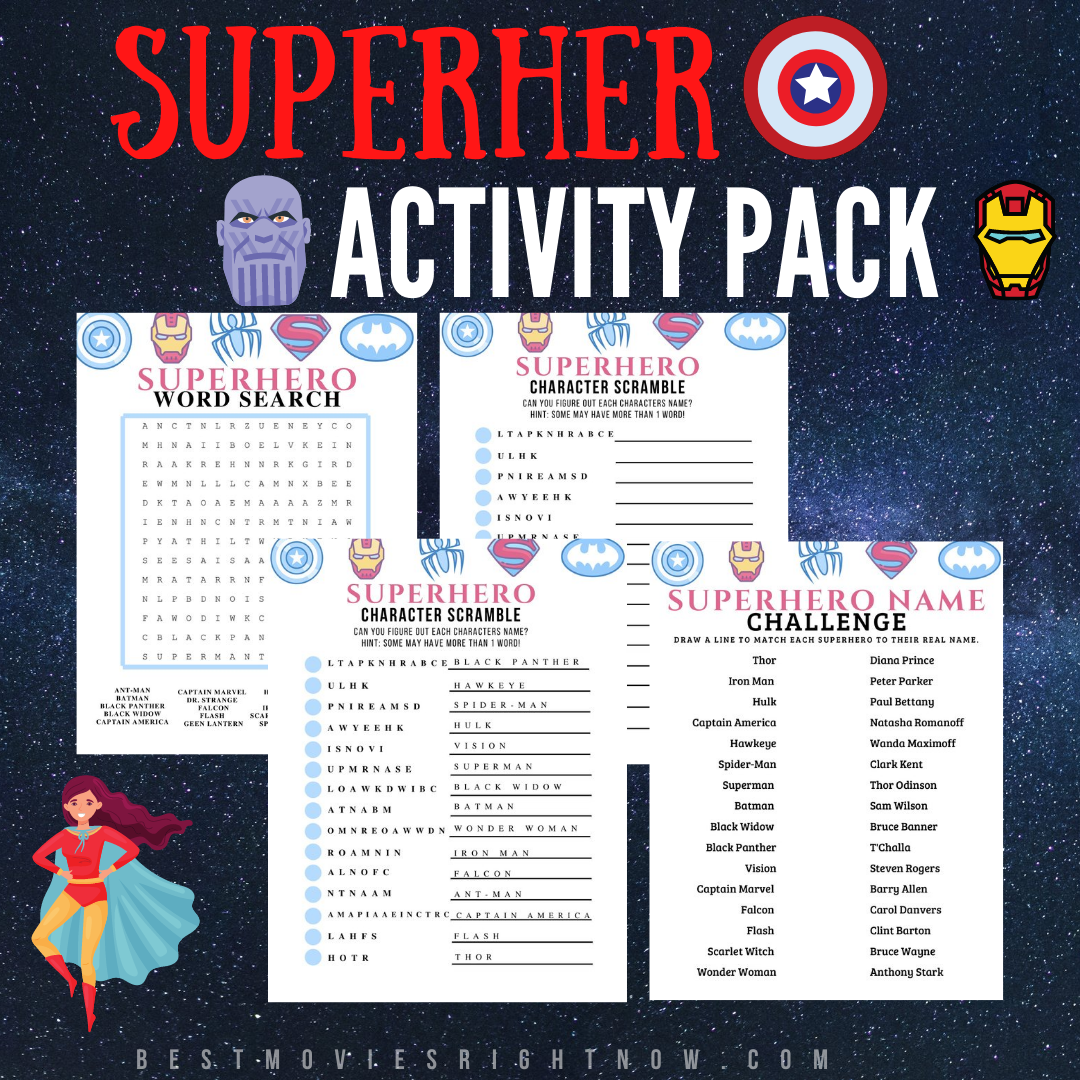 About the Superhero Activity Pack

This Superhero Activity Pack consists of 3 activities each on 1 page and a page with the answers for the Word Scramble.

This activity pack includes activities for the following Superhero movies:

The printable includes the following activities:

The following Superhero movies are some of the movies that are available on Disney+.

What is a Superhero?

A superhero is a character with extraordinary powers that performs heroic actions.

About the Word Search 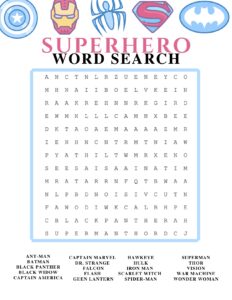 Take a look at the words on the left and unscramble them to figure out the correct Star Wars term and then write it on the blank line. 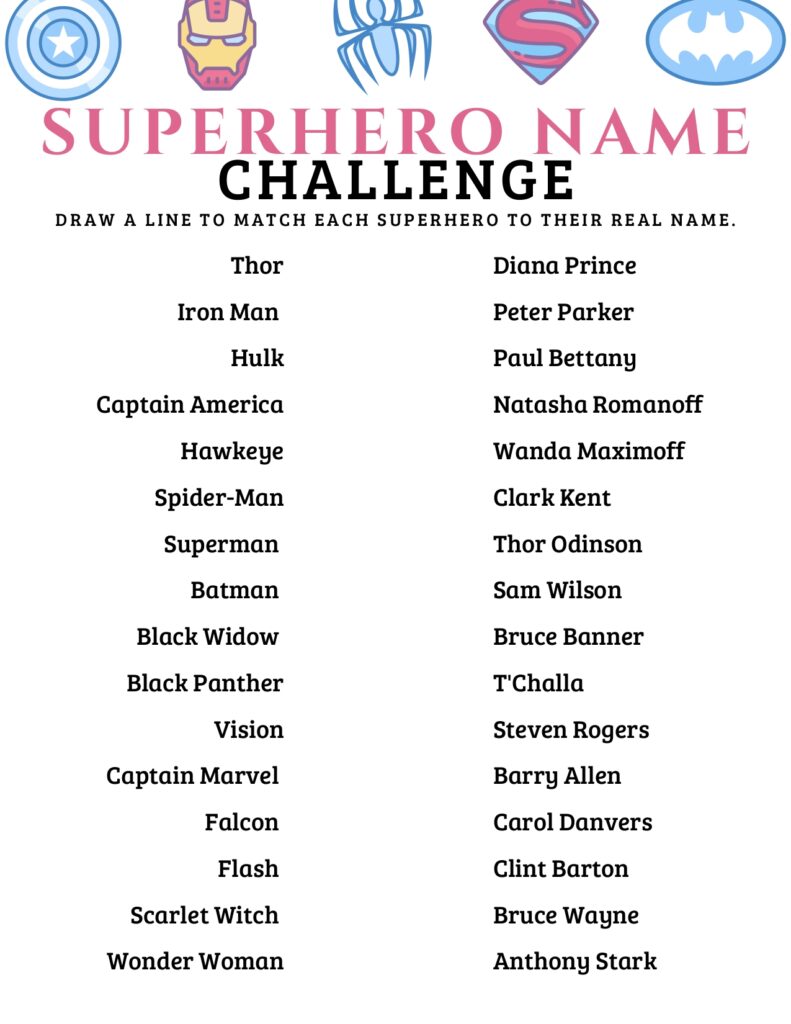 ABOUT THE SUPERHERO MATCHING GAME

This printable Superhero Matching Game with one page of the matching game.

Each game has 14 sets of items to match.

Match the Superhero to the Real Name.

Superhero featured in this matching game: 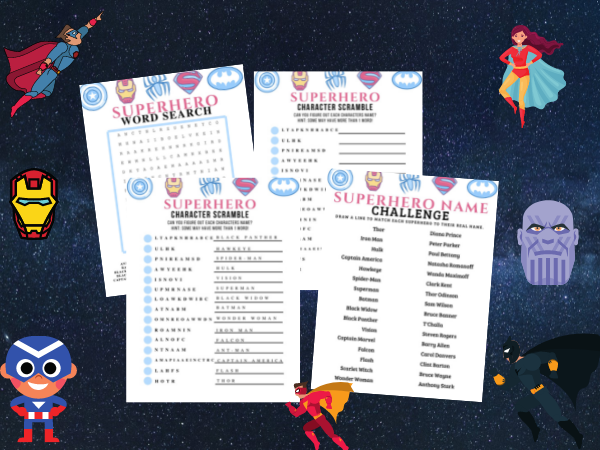 HOW TO PLAY THE SUPERHERO MATCHING GAME

The rules of this game are pretty simple. Give every player a copy of this Challenge Game printable and set a time limit (we like to use 3-5 minutes depending on the ages of players.)

Or kids can do them at their own pace.

The first step is to print off the Superhero Matching Game. You may want to laminate the games so they can be reused over and over again. Or, print the games on white cardstock so they are sturdier and easier to play with.

Be sure to only give the player the page with no answers to the printable.

If you liked this Superhero Activity Pack, you’ll love these… 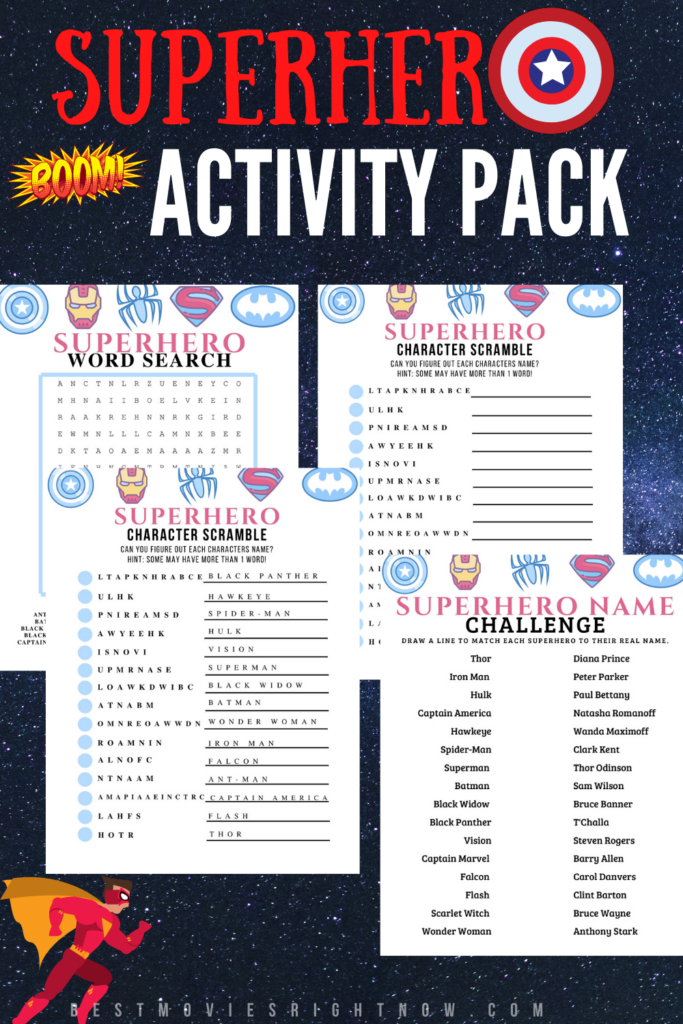