Art comes in various forms, and some like to say that they can find it almost everywhere. People know when they see art, but the term is still hard to grasp. 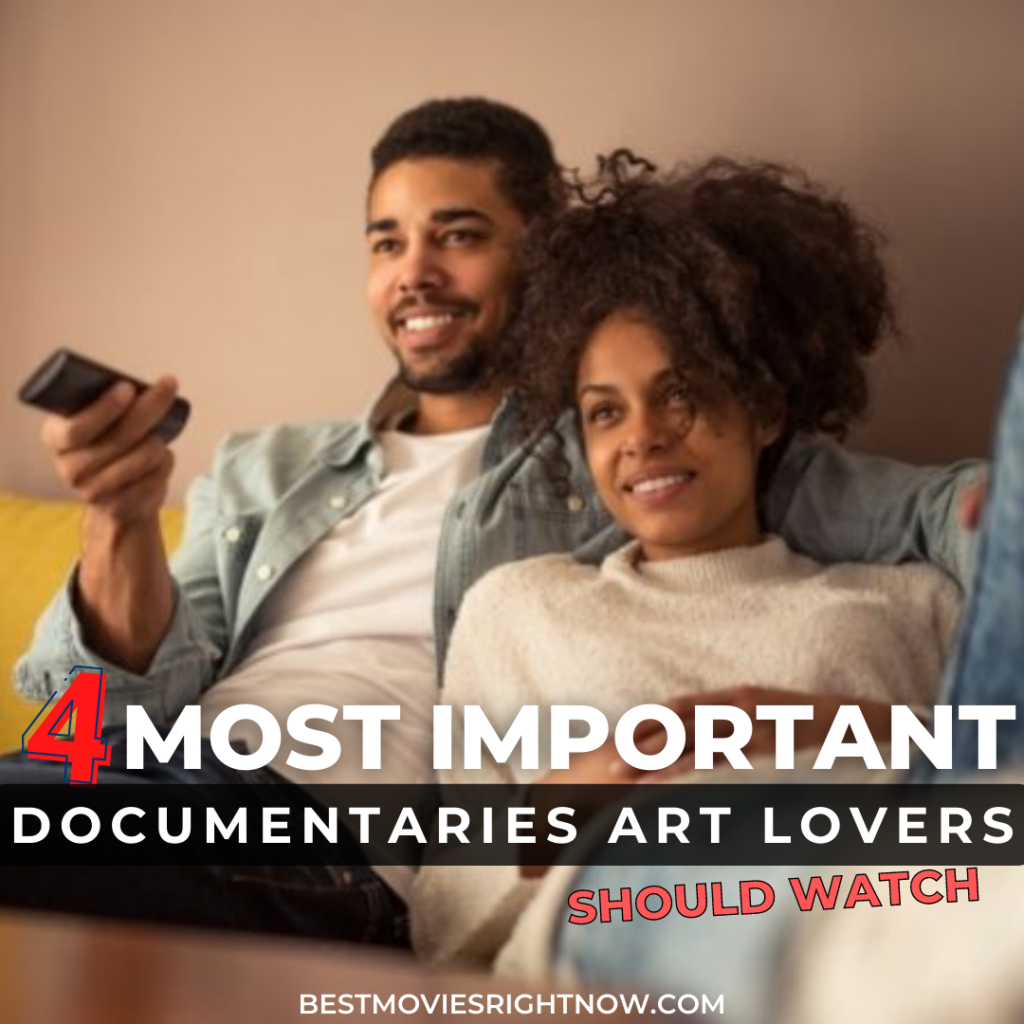 Documentaries are a great way to explore the concept of art and the different ways artists themselves perceive it. Here are the four most important documentaries art lovers should watch to understand art better.

My Kid Could Paint That

My Kid Could Paint That is an art documentary that proposes the question of what exactly art is, its worth, and what makes an artist. It follows the early career of Marla Olmstead, a young girl who critics labeled as a child prodigy.

Her paintings sell very well, but as the film goes on, it comes to light that her parents may be leading her to paint in a specific way. 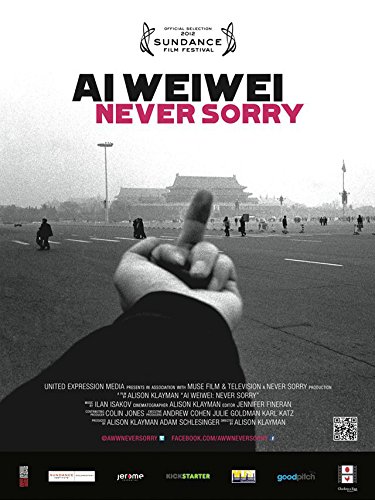 This documentary follows Chinese artist and activist Ai Weiwei. China had just released Weiwei from his detention sentence when the documentary filming began.

Weiwei is an artist and a social critic, and the documentary dives into how the two are intrinsically related. The documentary leads the viewer to the idea that art as a medium should always be moving forward and critique the social systems that it comes from. 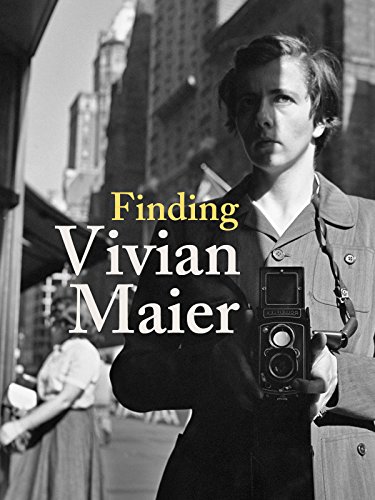 Vivian Maier was a nanny and a housekeeper who took most of their photographs during the 1950s and 1960s, but her work was not discovered until after her death in 2009.

Finding Vivian Maier tries to put together these lost pieces of her work. The question of art’s worth and how it holds value even without a famous artist behind it is thoughtfully raised for the audience. 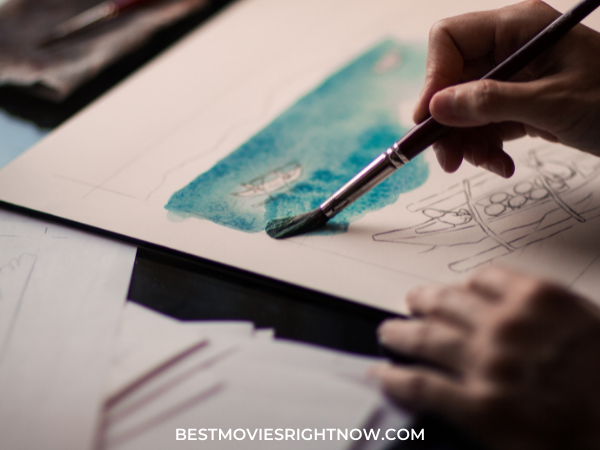 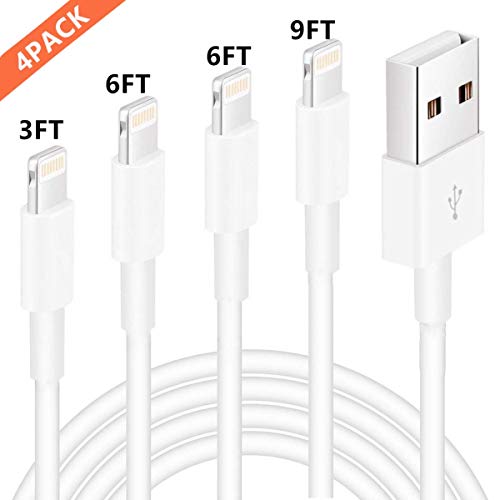 Exit Through the Gift Shop
Buy on Amazon

Exit Through the Gift Shop

Banksy was supposed to be the subject of a documentary by artist Thierry Guetta, but Guetta was such a fascinating figure himself that Banksy decided to create a documentary on him.

Questions of authenticity and originality sit at the story’s core, and the artistic process is also front and center. This documentary is a must-watch for any art or film lover.

Art is influential, but people can commonly misunderstand and misapply it. The four most important documentaries art lovers should watch will help you both appreciate art and understand how dangerous it can become if not handled properly.

What should I watch about art?

What is an art movie called?

An art film is the result of filmmaking which is typically a serious, independent film aimed at a niche market rather than a mass-market audience.

Which movie is based on Painter?

Pollock (portrayed by Ed Harris, who also directed the film and earned a Best Actor Oscar nod) was known for his drip paintings, which have become some of the most expensive works ever sold.

Does Netflix have art documentaries?

Like art itself, the art documentaries on Netflix are quite diverse; ranging from stories about decades of commitment to discipline without any success, recognition only after death, and the inevitable infiltration of forgery into a lucrative marketplace. 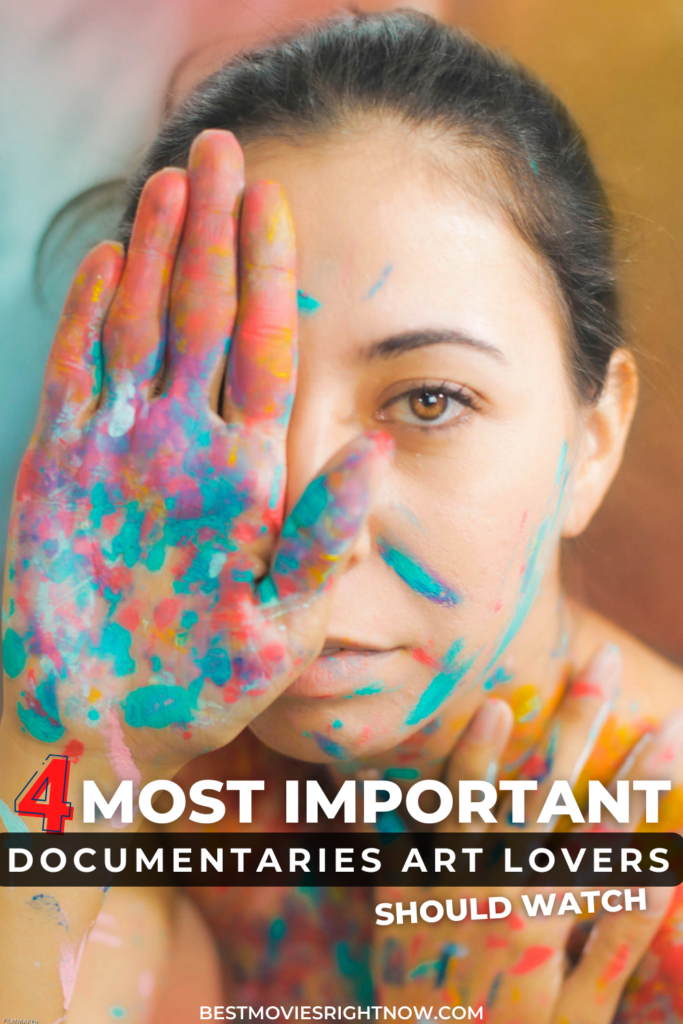