Sometimes movies have great clothes, and sometimes great clothes are stuck in lousy movies. Here are what we consider the most iconic movie dresses of all time. 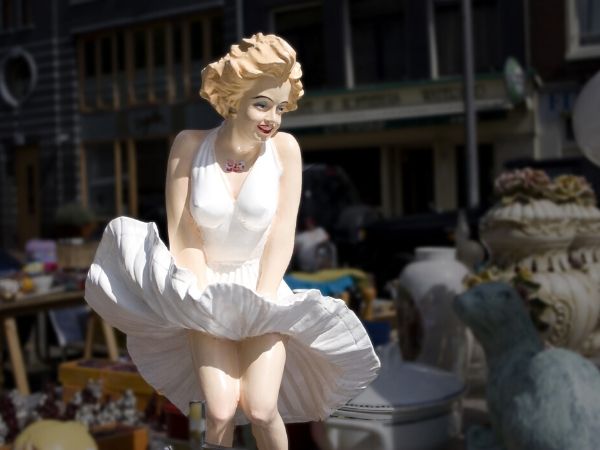 Ideally, costumes should seamlessly integrate into a movie. There might be an, “Oh, wow, what an amazing dress!” moment, but the dress shouldn’t overwhelm the story. Then again, some dresses are worth the streaming rental fee all by themselves. Here’s our list of the most iconic movie dresses of all time.

Who among us hasn’t eyed grandma’s moiré or velvet window coverings without at least a passing thought of pulling them down and turning them into an epic gown? Vivien Leigh made green velvet drapes adorned with golden tassels look like a million bucks in Gone with the Wind

Anything Audrey Hepburn Ever Wore

Because she was Audrey Hepburn

, okay? If you must have specifics, how about the black and white Ascot dress and the ball gown from My Fair Lady

? And another black-and-white piece of perfection, the gown from Sabrina

? Or the black evening dress in Breakfast at Tiffany’s

? Audrey Hepburn could turn a white shirt, black ankle pants, and ballet flats into goddess-wear. Because she was Audrey Hepburn.

We admit we can barely call this a dress, but men have been replaying the Jabba the Hutt scene for forty years or so. That says iconic. This outfit haunted Carrie Fischer for the rest of her career, but it made up for that cinnamon bun hairdo.

The actress hated the dress, as it turns out. But those pink polka dots were nothing if not memorable. Inspiration for many prom dress styles through the decades seems to have come from movies. Prom girls went for the big floof after Cinderella

dampened enthusiasm for spaghetti straps—pretty much for good.

Where’d that breeze come from? Isn’t that delicious? Even people who have never watched The Seven Year Itch

still know about that dress and the iconic shot of Marilyn holding it down as the wind from the subway blasts up through the sidewalk grate. The dress was allegedly the catalyst for a divorce-inducing fight between Monroe and her soon-to-be-ex-husband Joe DiMaggio.

; Debra Kerr’s ginormous gold satin ballgown in The King and I

; Leslie Caron’s out-on-the-town gown with the black feathers on the shoulders from Gigi

; and, of course, Judy Garland’s gingham Dorothy dress from The Wizard of Oz

all deserve a place on the list of the most iconic movie dresses of all time. Let the discussions and suggestions for other worthy candidates begin.

Top 3 Most Interesting Rugs in Movies

How to Host a James Bond-Themed Party