Start a fun conversation at dinner tonight with these printable Would You Rather cards. 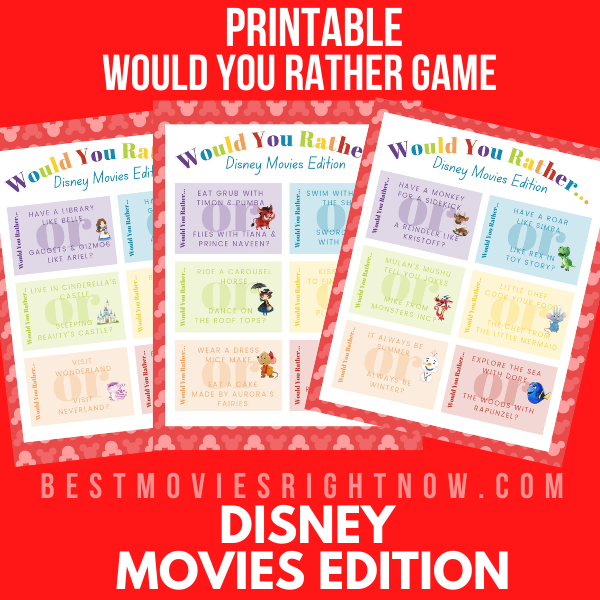 These Would You Rather: Disney Movies editions are perfect for when the weather keeps you trapped inside, on family game night, or on trivia night.

Your solution to a fun activity is Would You Rather Disney Edition. No need to plant the kids in front of the television when there is plenty of fun to be had with this Disney Would You Rather game you’ll enjoy!

This is a fun game that includes all of your Disney favorite characters. Whether you’re searching for an activity to do, these would-you-rather Disney questions are perfect for your kids and the whole family.

After all, there’s no better time to have Disney fun than when you’re stuck indoors, on a family trip, or during a family game night. 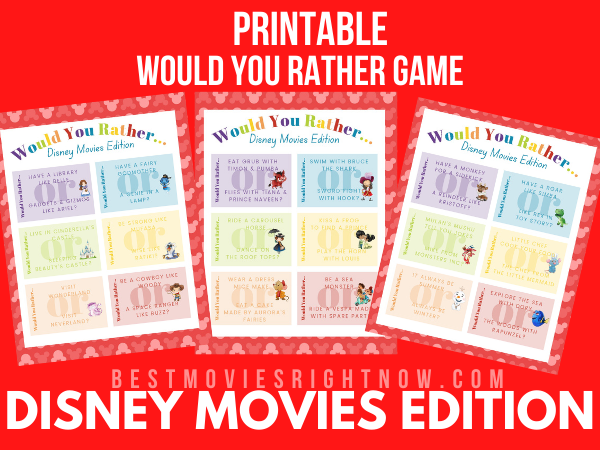 About the Would You Rather: Disney Movies Edition

“Would you rather” is a conversation or party game that poses a dilemma in the form of a question beginning with “would you rather”. In this Edition, there are 18 prompts on three pages that feature cheerful colors and adorable Disney characters. 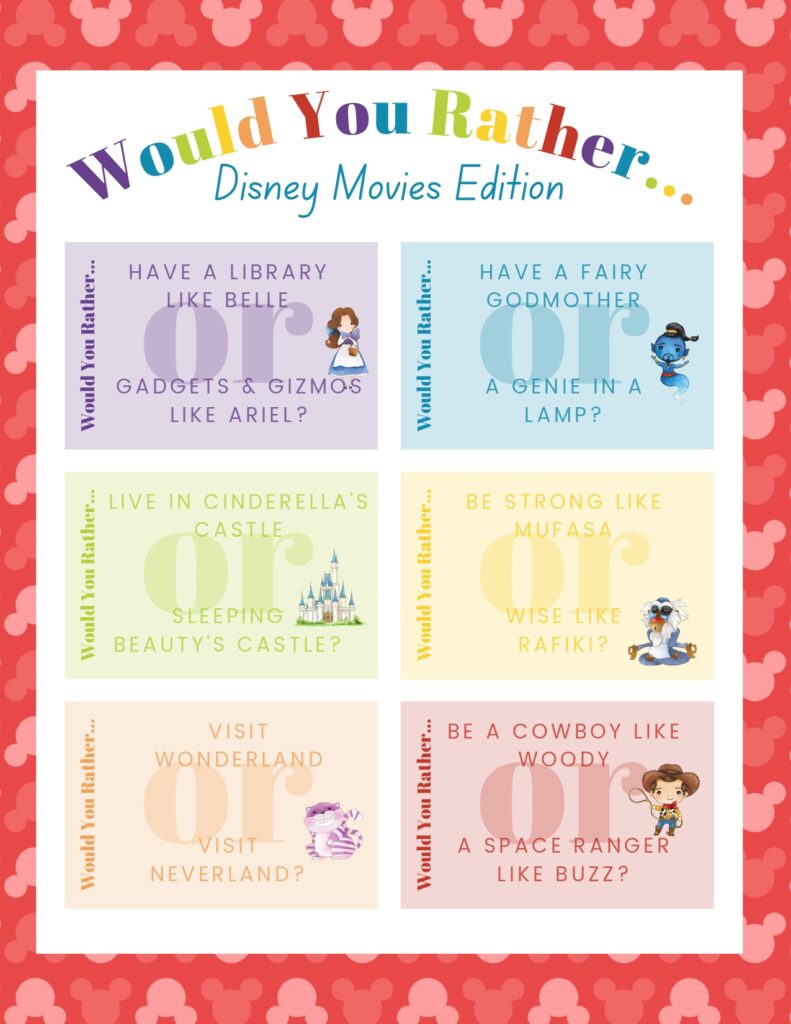 How to Play Would You Rather: Disney Movies Edition

The first step is to print off the Would You Rather: Disney Movies Edition game. You may want to laminate the cards so they can be reused over and over again. Or, print the trivia on white cardstock so they are sturdier and easier to play with.

Participants are asked Would You Rather Disney questions.  Each participant should only choose one answer, as choosing both or neither isn’t allowed.

These are the Disney movies featured in the Would You Rather game.

I have a whole series of Disney movie trivia games. Click on the links below to get new games.

If you are looking for more fun activities to enjoy, here is a list: 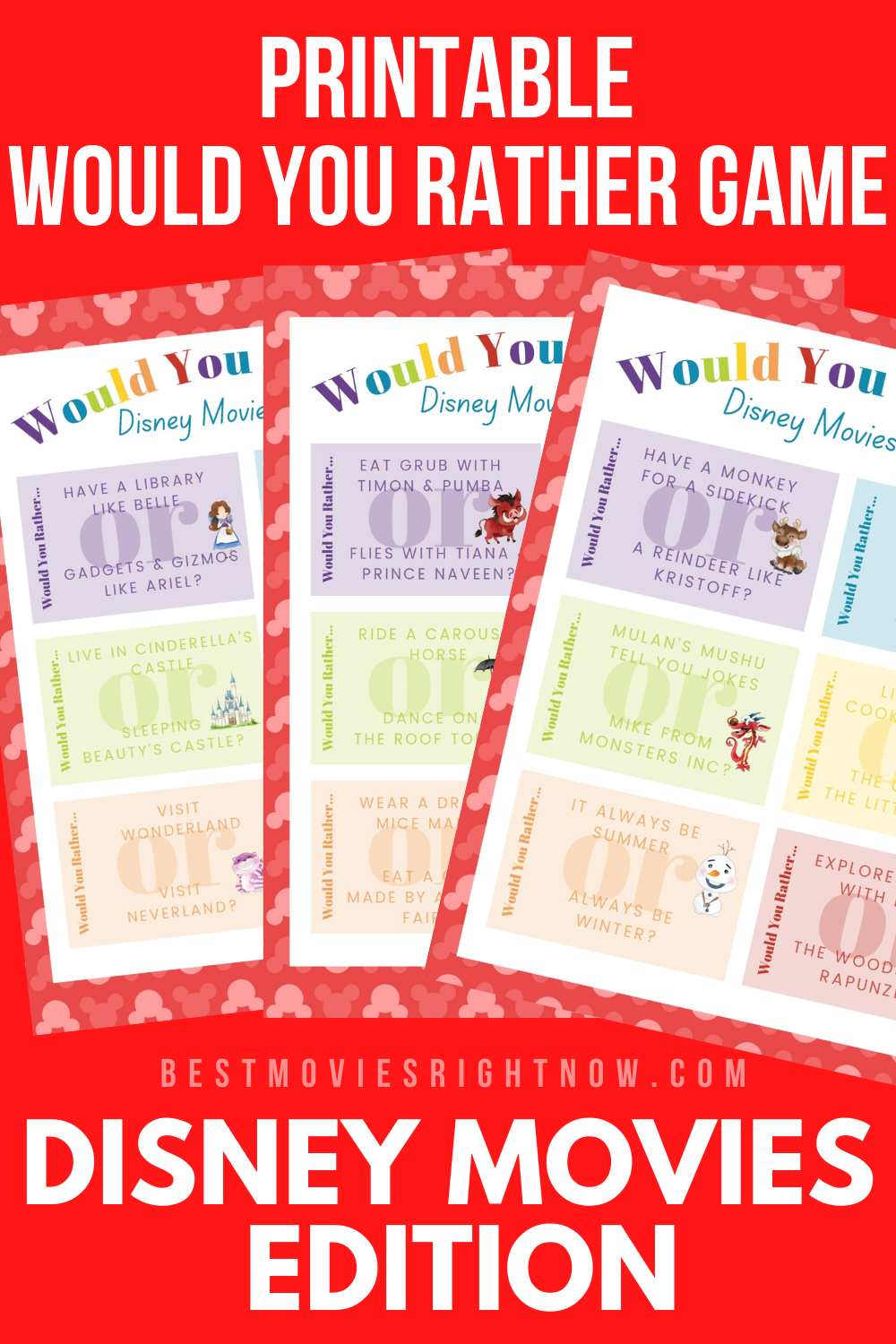