These feel good movies on Netflix are perfect whether you’ve had a rough day or are just looking for a pick for family movie night. 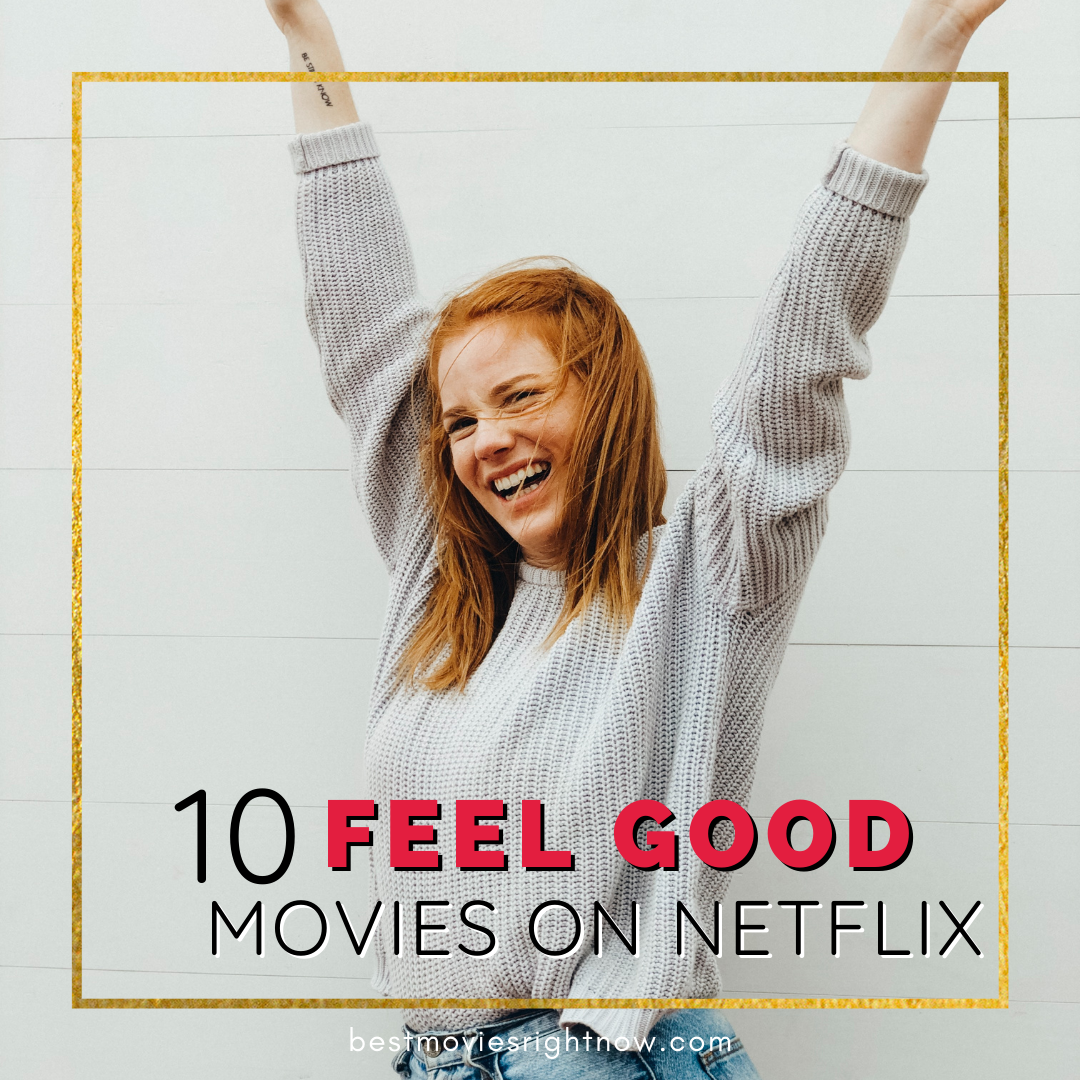 Break out the popcorn, turn down the lights, and grab your blanket. I’ve compiled a list of some of my favorite cheerleading movies.

Here are a few of the feel good movies on Netflix. All the titles listed are currently on Netflix, but that is subject to change without notice.

Carrie, a gifted woman who graduated from Harvard at 19, struggles to make sense of the world as it relates to morality, relationships, sex and leaving her New York apartment.

Without a job and friends because of her unreasonably high standards, Carrie is told by her therapist to create a five-point plan to get herself on track. | Watch on Netflix

Frustrated with a soul-killing job, New Yorker Julie Powell embarks on a daring project: she vows to prepare all 524 recipes in Julia Childs’ landmark cookbook, “Mastering the Art of French Cooking.” Intertwined with Julie’s story is the true tale of how Julia Child herself conquered French cuisine with passion, fearlessness, and plenty of butter. | Watch on Netflix

Hector And The Search For Happiness

Disillusioned with the tedium of his existence, psychiatrist Hector confesses to his girlfriend that he feels he is a fraud for dispensing recommendations to patients who never seem to improve or get any happier.

He considers breaking out of his lackluster routine. Summoning up some courage, Hector gives his starved curiosity free rein and embarks on an international quest to find the right formula to bring him joy and vitality. | Watch on Netflix

When young Sara is sent to a boarding school by her well-meaning World War I-bound father, the imaginative girl makes the best of things by entertaining her friends with fanciful tales.

After running afoul of the strict headmistress, Miss Minchin, Sara receives some heartbreaking news, and is forced to work in servitude. As she struggles to keep her spirits up, she makes some remarkable discoveries that may change her seemingly bleak fate. | Watch on Netflix 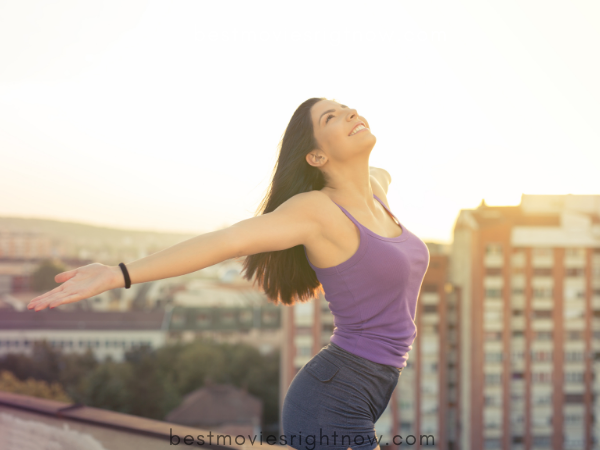 Adam Carlson, a reporter based in a small town in northern Alaska, can’t wait to land a job in a bigger market. Then, the story of a lifetime practically lands in his lap: A family of gray whales is discovered near the Arctic Circle, trapped by rapidly forming ice.

Along with the descending media comes Rachel Kramer, an environmental activist and Adam’s ex-lover. Together, they try to rally an international coalition to save the whales before it’s too late. | Watch on Netflix

RELATED:  Weather the Storm with 4 Rainy Day Activities for Families

When mysterious Vianne and her child arrive in a tranquil French town in the winter of 1959, no one could have imagined the impact that she and her spirited daughter would have on the community stubbornly rooted in tradition.

Within days, she opens an unusual chocolate shop, across the square from the church. Her ability to perceive her customers’ desires and satisfy them with just the right confection, coaxes the villagers to abandon themselves to temptation — just as Lent begins. | Watch on Netflix

Dracula’s spell turns a woman and her loved ones into a vampire, a mummy, a werewolf and Frankenstein’s monster. | Watch on Netflix

In this Disney animated tale, the orphaned Tarzan grows up in the remote African wilderness, raised by the gentle gorilla Kala. When a British expedition enters the jungle, Tarzan encounters the beautiful Jane and recognizes that, like her, he’s human.

Falling in love with Jane, Tarzan is torn between embracing civilization and staying with his gorilla family, which becomes threatened by the ruthless hunter Clayton. | Watch on Netflix

Once upon a time, in a far away swamp, there lived an ogre named Shrek whose precious solitude is suddenly shattered by an invasion of annoying fairy tale characters. They were all banished from their kingdom by the evil Lord Farquaad.

RELATED:  The Best Movies to Watch in Your Home Theater

Determined to save their home — not to mention his — Shrek cuts a deal with Farquaad and sets out to rescue Princess Fiona to be Farquaad’s bride. Rescuing the Princess may be small compared to her deep, dark secret. | Watch on Netflix

While swimming free in the ocean, a young dolphin gets caught in a trap and severely damages her tail. Though she is rescued and transported to Clearwater Marine Hospital, her tail cannot be saved, and the prognosis is dire.

What the dolphin, now named Winter, needs is a miracle. She gets that miracle in the form of a marine biologist, a prosthetics designer, and a devoted boy, who find a way to help Winter swim again. | Watch on Netflix 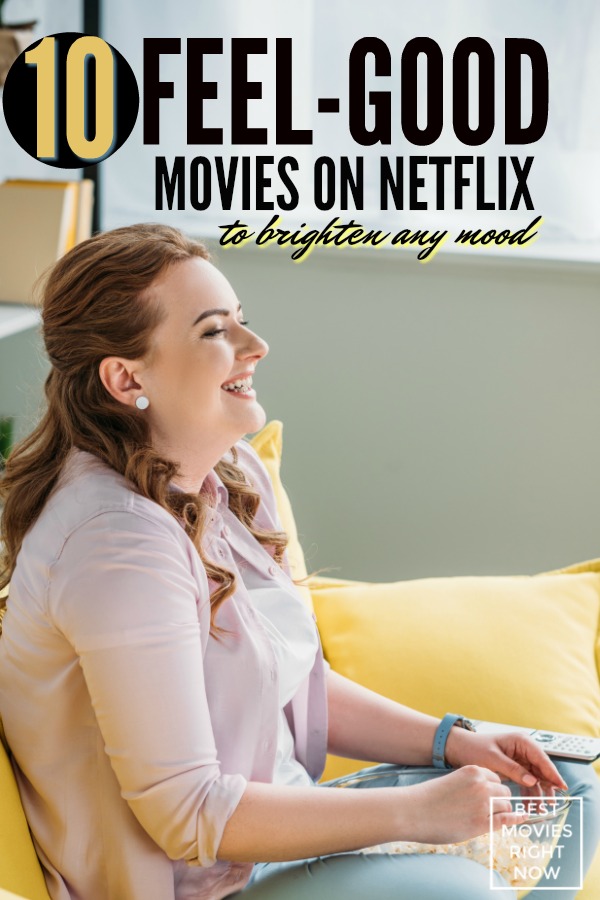 Contact Us
As an Amazon Associate I earn from qualifying purchases.
55 shares