These president movies on Netflix are great to watch during Presidents’ Day, election season, or any time of year. These Netflix titles cover presidential candidates, elections, candidacies, and elected presidents. They’re a great companion to the 6 Best Political Movies.

These 21 movies focus on everything from presidential scandals, the struggle to win the highest office in the land, to getting to know the man (or woman) behind the campaign. These are great selections to add to your Netflix list.

What better way to celebrate Presidents Day than by binge-watching Netflix?

21 President Movies to Watch on Netflix

This documentary series offers an alternative take on modern American history, focusing on underreported events that shaped the nation’s character. (Watch on Netflix)

A young Barack Obama forges his identity while dealing with race, divergent cultures and ordinary life as a New York City college student. (Watch on Netflix)

JFK: The Making of a President

Explore how John F. Kennedy’s worldview was influenced by his younger years, when he endured poor health, family tragedy and a demanding father. (Watch on Netflix)

Meet the Trumps: From Immigrant to President

Learn about Donald Trump’s family history, including his immigrant grandfather’s gold-rush enterprises and his dad’s development of a property empire. (Watch on Netflix)

Friends, associates and critics reveal the truly American story of Donald Trump, the brash businessman who defied the odds to become U.S. president. (Watch on Netflix)

The real Mitt Romney is revealed in this documentary that goes beyond the sound bites with unprecedented access to his 2012 presidential campaign. (Watch on Netflix)

Historic footage and leading voices of the era examine the “Bobby Phenomenon” of the 1960s and the legacy of the man who helped redefine the country. (Watch on Netflix)

America’s fate rests in the hands of a low-level official after an attack on Washington decimates the government in this gripping political thriller. (Watch on Netflix)

Moments after he arrives in Spain for an antiterrorism summit, U.S. President Ashton is shot. (Watch on Netflix)

With Frank out of the picture, Claire Underwood steps fully into her own as the first woman president, but faces formidable threats to her legacy. (Watch on Netflix) Rich kid Payton has always known he’s going to be president. But first he has to navigate the most treacherous political landscape of all: high school. (Watch on Netflix)

Lone-wolf vigilante Bill Williamson is back, taking aim at the U.S. government and eluding the pursuit of two FBI agents who are on his trail. (Watch on Netflix)

After a tragic event moves him to a desk job, an ex-Secret Service agent must rescue the president when the White House is attacked. (Watch on Netflix) 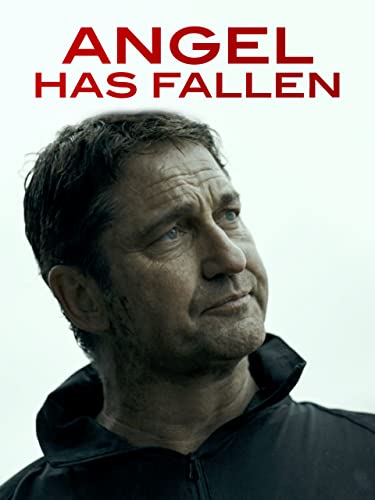 Secret Service agent Mike Banning is caught in the crossfire when he’s framed for a deadly attack on the president and forced to run for his life. | Stream on Netflix

The West Wing blends drama with reality in this groundbreaking documentary episode featuring interviews with ex-presidents and White House figures. (Watch on Netflix) 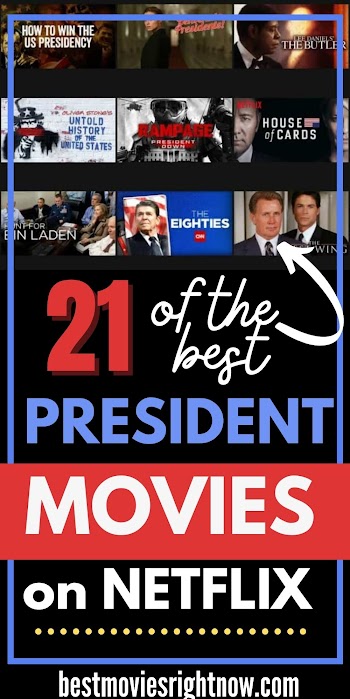 The Greatest War Movies of All Time by Branch

[…] information on the line. When you’re done with this list, you may want to check out these President Movies on Netflix, […]

[…] If you like this list, check out 6 Best Political Movies and 21 President Movies to Watch on Netflix. […]