Here is the complete library of movies and TV shows for Dr. Seuss available to stream on Amazon Prime. 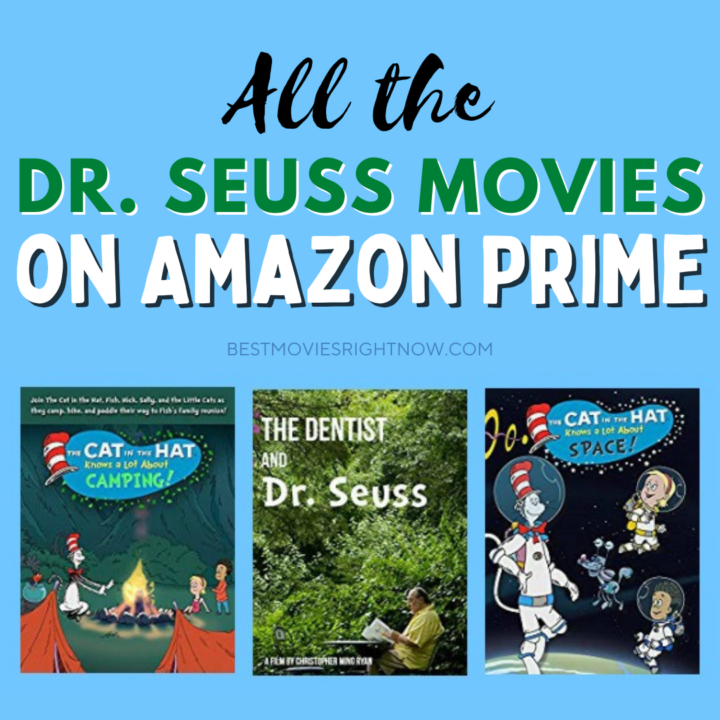 Many people celebrate Read Across America Day on March 2, which was established to celebrate Dr. Seuss’ birthday.

He wrote and illustrated over 60 children’s books.

He published over 60 books during his career, which have spawned numerous adaptations, including 11 television specials, five feature films, a Broadway musical, and four television series.

What Dr Seuss books are movies?

Although there are dozens of Dr. Seuss movies that became books. The most popular are The Lorax, The Grinch, How the Grinch Stole Christmas, The Cat in the Hat and Horton Hears a Who!

How many live-action Dr Seuss movies are there?

There are two. The Cat in the Hat and How the Grinch Stole Christmas.

What is the next Dr Seuss movie?

A partnership was announced between Warner Animation Group and Dr. Seuss Enterprises to make more Dr. Seuss Movies. The first in this partnership is rumored to be The Cat in the Hat.

RELATED:  All of the Dr. Seuss Movies on Hulu

What pen names did Dr Seuss use?

Theodor Seuss “Ted” Geisel became known as Dr. Seuss, an American author. Sources conflict on whether Seuss was part of his birth name, if it was a nickname, or if it was just his pen name.

Is the Lorax on Amazon Prime?

People often wonder “is the Lorax on amazon prime?” Unfortunately, if you look for the Lorax Amazon Prime Video, you won’t find it on Amazon Prime. However, Dr Seuss the Lorax is streaming on Netflix and Hulu. If you really love it, you can still buy a copy on Amazon.

Is the cat in the hat on Amazon Prime?

You can find five different TV shows or movie options for The Cat in the Hat on Amazon Prime. Keep reading!

The Cat in the Hat Knows a Lot About Camping!

It’s the first day of Summer Vacation and The Cat in the Hat whisks Nick, Sally, and Fish off on the greatest great outdoor camping adventure ever! Our gang gets back to nature as they hike through the Fickle Fern Forest, camp out overnight, trek over Mt. Weewobble, and canoe down the Tickle Drop River.

The Cat in the Hat Knows a Lot About Space!

The Cat in the Hat fires up his Space-ama-racer and whisks Nick, Sally, and Fish off on a cosmic adventure in search of a robot. Their journey takes them straight to the Space Station where Astronaut Audrey introduces the gang to Space Rover – her dog-like robot who’s helping her explore the solar system.

Meet Charles D. Cohen, a dentist by day and a world-class Dr. Seuss expert by night. As a self-proclaimed Seussologist, he authored one of the best-known books on Dr. Suess, “The Seuss, The Whole Seuss, and Nothing But the Seuss.”

One of Cohen’s biggest finds were some “lost” stories of Seuss originally published in Redbook magazine. With his tenacity, those stories were published anew in 2011.

The Cat in the Hat Knows a Lot About Christmas

‘Twas the day before Christmas and all through the yard, the Cat in the Hat and his guests partied hard.

Read The Cat in the Hat Knows a Lot About Christmas

The Cat in the Hat takes Nick and Sally on a Halloween ride filled with howlers and shockers and scary fandangles, big laughs and music and fun from all angles! Their fright-filled adventure takes them deep into the Oooky-ma-kooky Closet where Nick and Sally discover the very best Halloween costumes ever.

A cold war between two lands over a ridiculous dispute leads to a perilous arms race.

The Cat in the Hat Knows A Lot About That!

This series follows the adventures of 6-year-old best friends, Sally and Nick, as they are whisked off on extraordinary voyages of scientific discovery with the Cat in the Hat. In the Cat’s Seussian vehicle, the Thinga-ma-jigger, they fly, float, rocket, and shrink down to the size of a bee to explore natural wonders from the bottom of the ocean to the treetops of the rain forest.

Read The Cat in the Hat Knows A Lot About That!

IS THE GRINCH ON AMAZON PRIME?

You can rent or purchase all versions of The Grinch

is Horton hears a who on amazon prime?

If you want to continue the fun, check out these 25 Whimsical and Wonderful Dr. Seuss Activities.

Here’s a funny video of Dr. Seuss in 68 different accents: 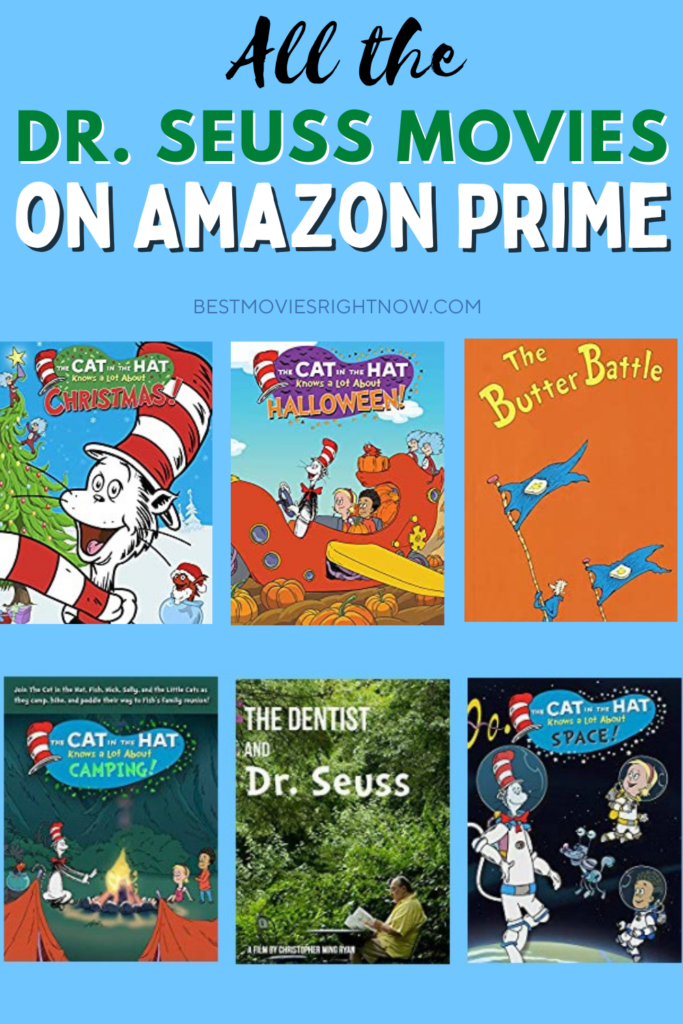 Is the Grinch On Netflix, Amazon or Hulu? - Best Movies Right Now

All of the Dr. Seuss Movies on Hulu - Best Movies Right Now