Check out these slavery movies on Amazon Prime Video in your home education or to improve your personal knowledge of this integral part of history. 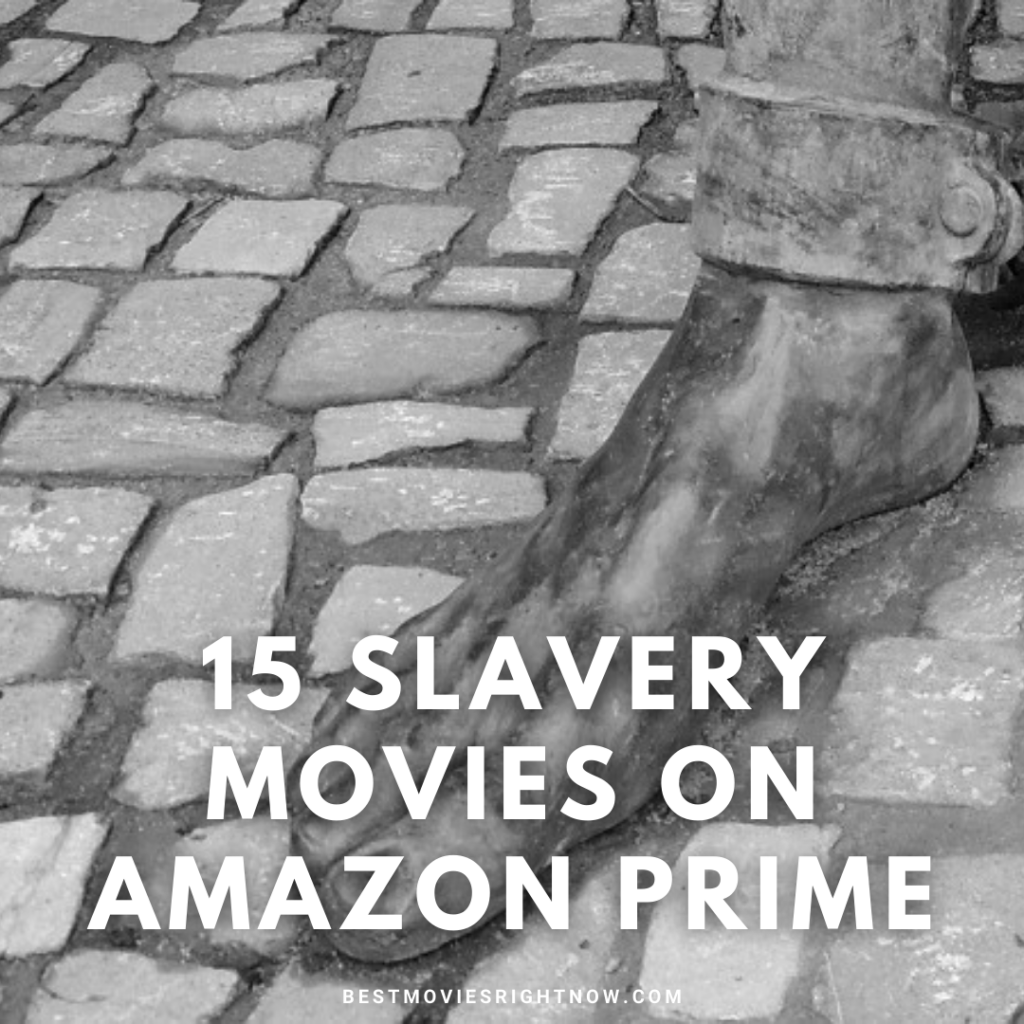 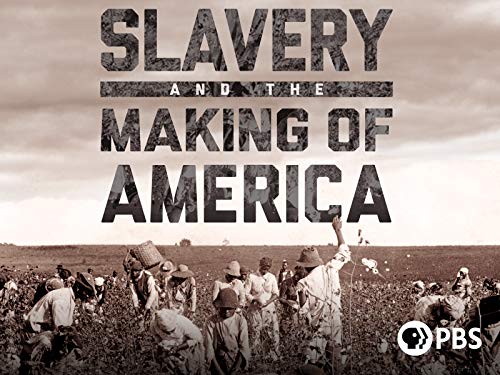 Slavery and the Making of America Season 1
$6.99
Buy on Amazon

Slavery and the Making of America

A documentary of the history of American slavery from its beginnings in the British colonies through the years of post-Civil War Reconstruction, this series examines the integral role slavery played in shaping the new country and challenges the long-held notion that it was exclusively a Southern enterprise. 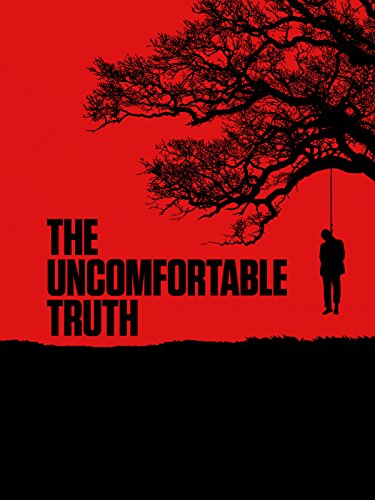 The Uncomfortable Truth
$3.99
Buy on Amazon

When the son of Civil Rights Hero, Joan Trumpauer Mulholland, dives into the 400-year history of institutional racism in America he is confronted with the shocking reality that his family helped start it all from the very beginning.

A comprehensive and insightful exploration of the origins and history of racism in America told through a very personal and honest story. 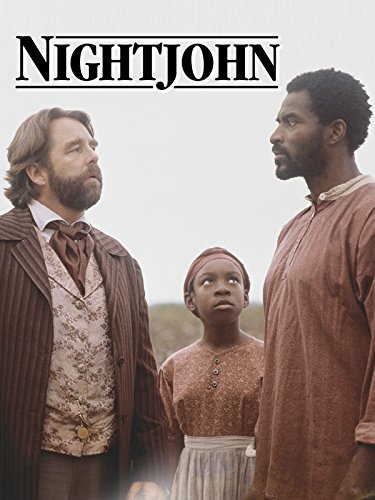 In this uncompromising story of persecution and perseverance in the Antebellum South, former runaway slave Nightjohn brings hope and the chance of freedom to slaves on cruel Clel Waller’s tobacco plantation. 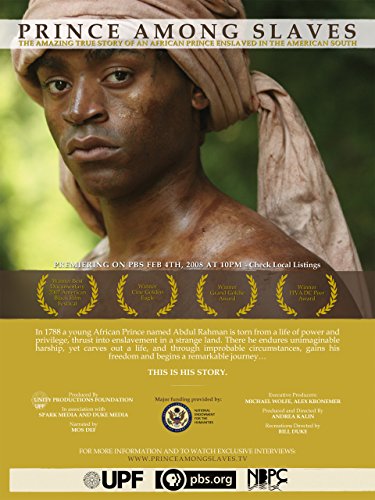 Prince Among Slaves
$3.99
Buy on Amazon

The true story of Prince Abdul-Rahman, stolen from West Africa and sold into slavery on a plantation in Mississippi in 1788.

His battle for freedom over forty years attracted the support of men such as President John Quincy Adams and he eventually became the most famous African in America. Abdul-Rahman survived the harsh ordeals of slavery through his love of family and his deep faith as a Muslim. 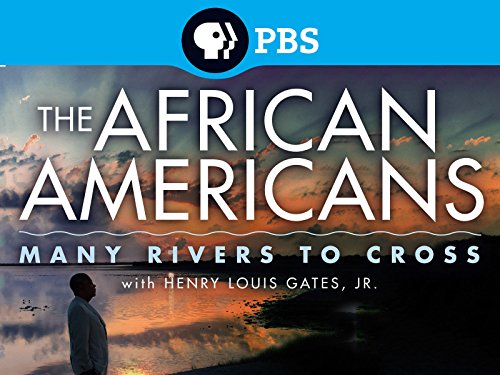 The African Americans: Many Rivers to Cross
$7.99
Buy on Amazon

The African Americans: Many Rivers to Cross

This six-hour PBS series explores the evolution of the African-American people, as well as the multiplicity of cultural institutions, political strategies, and religious and social perspectives they developed – forging their own history, culture, and society against unimaginable odds. 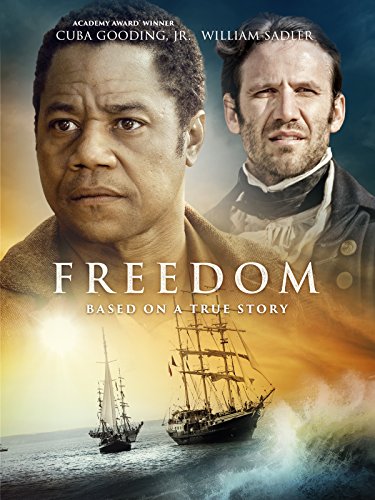 Experience the world that inspired the great hymn “Amazing Grace”! Samuel Woodward and his family escape from slavery in 1856 and travel north along the Underground Railroad to freedom.

A century earlier, his own great-grandfather journeys toward slavery in America aboard John Newton’s ship. What happened on that voyage that changed the captain so profoundly? 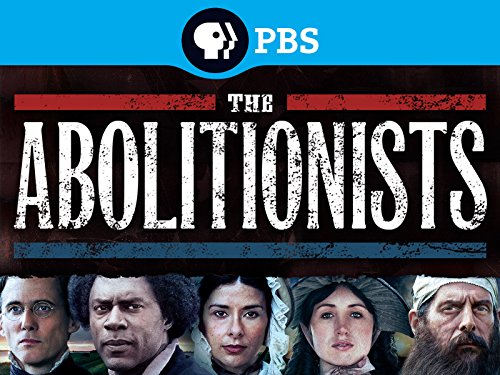 American Experience tells the story of how Douglass, Garrison, and their abolitionist allies Harriet Beecher Stowe, John Brown, and Angelina Grimke turned a despised fringe movement against chattel slavery into a force that literally changed the nation. 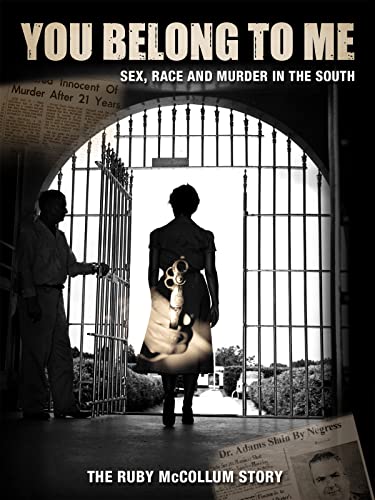 You Belong To Me: Sex, Race And Murder In The South
$5.99
Buy on Amazon

You Belong to Me: Sex, Race, and Murder in the South

In 1952 Ruby McCollum, a black woman killed her white doctor in Live Oak, Fla after years of sexual abuse. The remarkable secrets and terrible truths revealed during her trial and incarceration haunted jurors and prosecutors for decades. 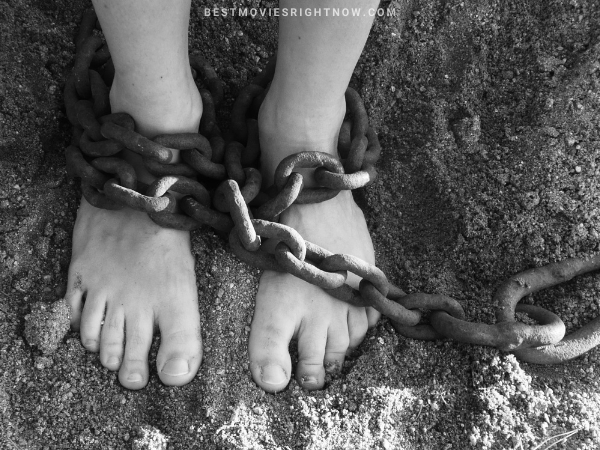 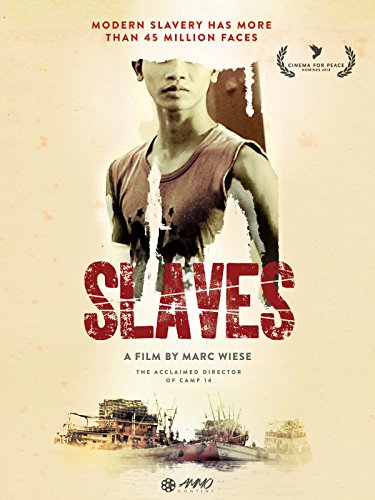 Modern slavery has many faces, more than 45 million of them. Work slaves, sex slaves, domestic slaves, and child soldiers. This film traces their stories. And seeks out the perpetrators: Unscrupulous profiteers, for whom people are mere commodities. 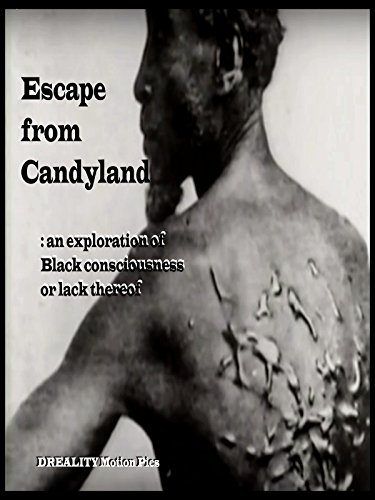 Escape from Candyland
$2.99
Buy on Amazon

The film explores the ‘African – American’ narrative through the thoughts of scholars, celebrities, and everyday people, from Philadelphia to Los Angeles. Exploring questions that face the ‘African-American’ in the 21st century. 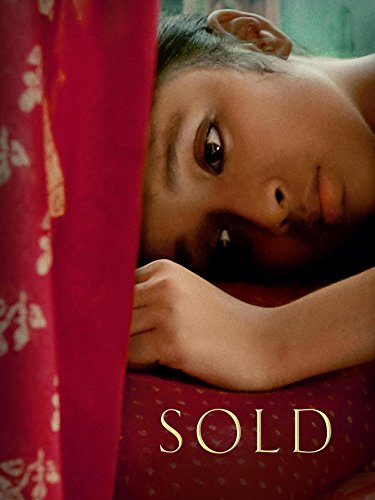 SOLD is an adaption of the award-winning novel by Patricia McCormick about a young girl from Nepal who is trafficked to a brothel in India where she plots her escape. SOLD is a global entry point into the issue of modern-day slavery. 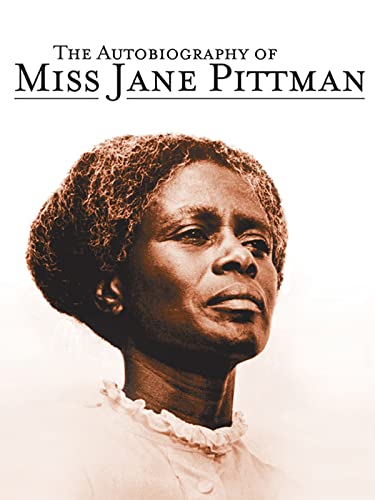 The Autobiography of Miss Jane Pittman
$9.99
Buy on Amazon

The Autobiography of Miss Jane Pittman

Story of a black woman in the South who was born into slavery in the 1850s and lives to become a part of the civil rights movement in the 1960s. 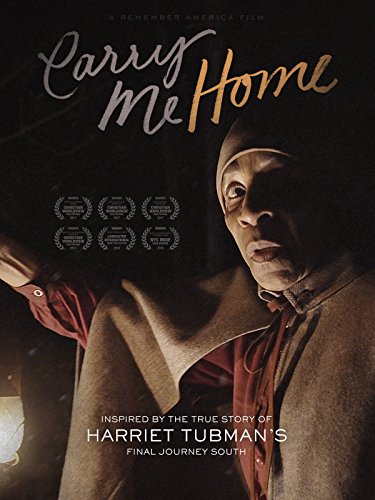 Carry Me Home: A Remember America Film
$4.99
Buy on Amazon

In the cold winter of 1860, a young mother trapped in slavery seizes the opportunity to escape with her family when she encounters Harriet Tubman (Karen Abercrombie, War Room).

Harriet leads the young family through a number of trials on the Underground Railroad, causing them all to question whether or not freedom is worth the price they must pay to obtain it. 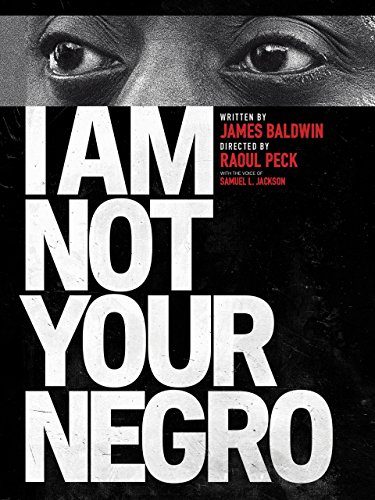 Director Raoul Peck envisions the book James Baldwin never finished, Remember This House. It is a journey into black history that connects the Civil Rights movement to #BlackLivesMatter. It questions black representation in Hollywood and beyond. 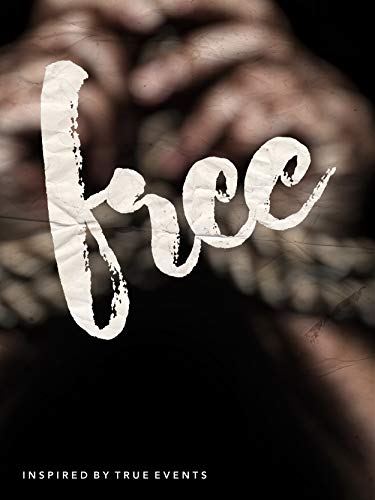 Inspired by true events, a young Frederick Douglass is secretly taught to read and write by his master’s wife. Using only the air as their blackboard, this random act of kindness provided an education that paved the way from slavery to freedom.

Which of these would you choose as the best slavery movies on Amazon Prime?

If you enjoyed these movies about slavery on Amazon Prime, here are MORE MOVIES ABOUT BLACK HISTORY AND THE AFRICAN-AMERICAN EXPERIENCE: 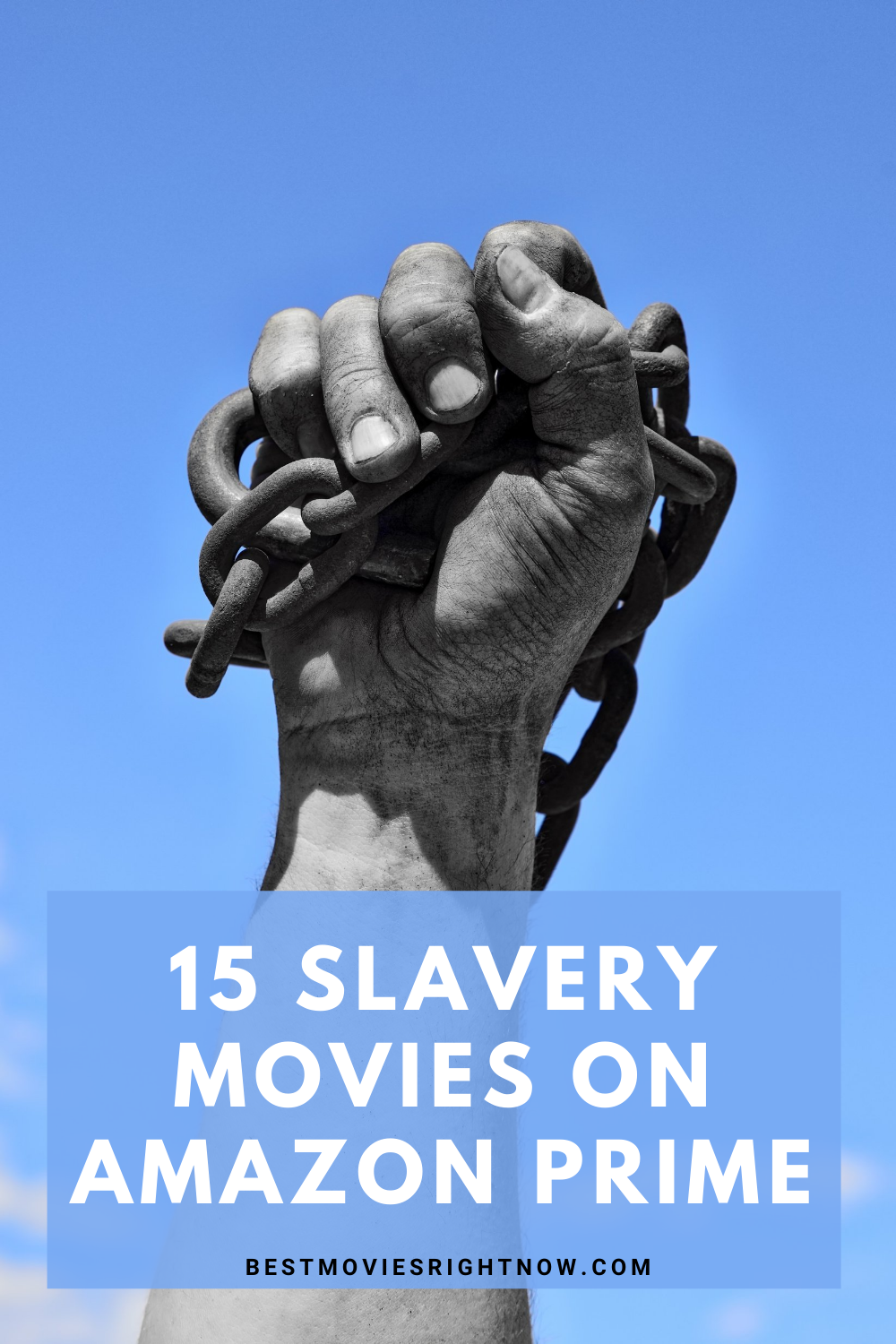