These family vacation movies on Netflix are great to watch during Spring Break, Summer, or any time of year. These Netflix titles feature RVs, road trips, summer camps, mansions, and theme parks. 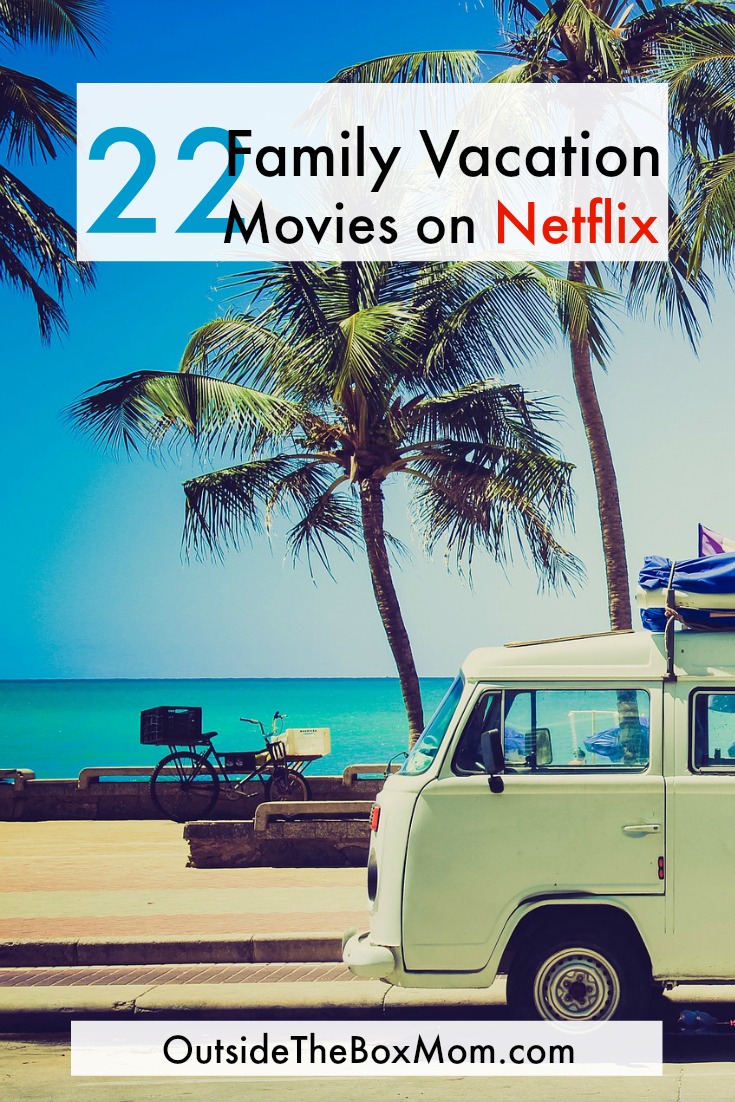 Most families go on vacation in July. The school year is over and it’s smack dab in the middle of the summer break.

These movies include everything from cross-country RV trips, summer camps, one week stays at a mansion, theme parks, and family road trips. These are great selections to add to your Netflix list.

In this live-action adventure, the gang heads to Hawaii, where Timmy learns the source of all fairy magic is in dangerous hands. | Stream on Netflix

A scrappy crew of aspiring Junior Lifeguards team up to take down an elite group of snobby locals for the chance to rule Malibu’s best beach tower. | Stream on Netflix

Judy Moody and the Not Bummer Summer

In this family film, never-dull third-grader Judy Moody embarks on a summer adventure with her brother, Stink, and always-up-for-fun Aunt Opal. | Stream on Netflix

The Shopkins and Shoppies jet around the world in search of missing friend Kooky Cookie, a stolen diamond and more vloggable adventure. | Stream on Netflix

Spy Kids: All the Time in the World

Former Spy Kids Carmen and Juni return to help twin siblings Rebecca and Cecil Wilson save the world with their retired secret-agent stepmother. | Watch on Netflix

Spy kids Carmen and Juni Cortez team up with two other pint-sized secret agents, Gary and Gerti Giggles, in order to take on an evil scientist.  | Watch on Netflix

Emma, Ravi and Zuri Ross leave their New York penthouse for Camp Kikiwaka! Emma and Ravi learn the ropes as CITs and are befriended by Lou, the head counselor, and Xander, the camp heartthrob. Meanwhile, Zuri makes new friends with fellow campers Tiffany and Jorge. Emma, Ravi and Zuri adapt to their new “home away from home” and settle into their exciting new lives at Camp Kikiwaka. | Watch on Netflix

Are We Done Yet?

A newlywed couple moves into a fixer-upper in the suburbs, but their happy new life together is thrown into disarray by an oddball contractor. | Watch on Netflix

It’s love at first sight for Dracula when he meets Ericka, the charming but mysterious captain of the monster cruise that Mavis plans for the family. | Watch on Netflix