Are you looking for Coco gifts for movie lovers? I’ve created a list of gifts at every price point. Hand-curated by me. 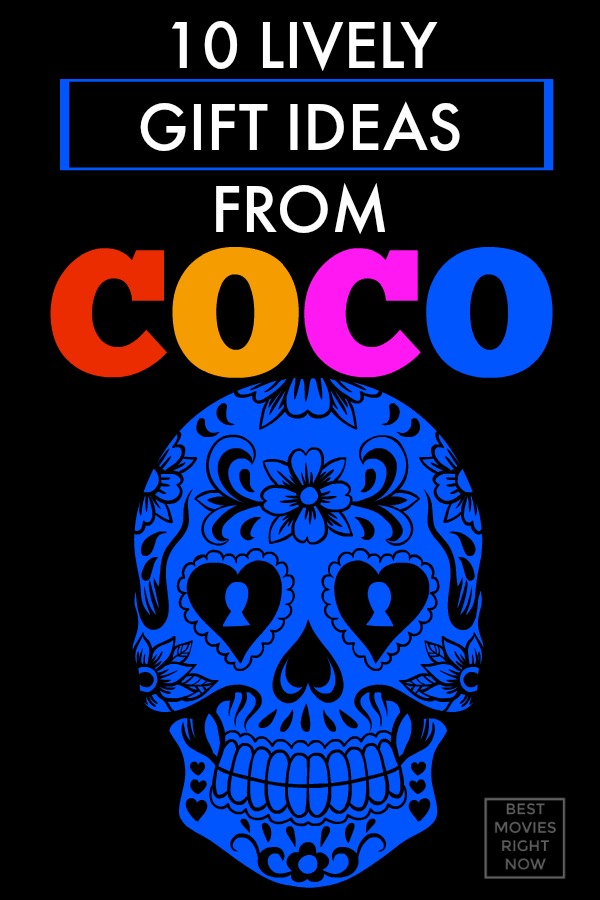 Have you seen these popular Dia de Los Muertos Movies?

The movie Coco is inspired by the Day of the Dead (a multi-day Mexican holiday celebrated by people of Mexican heritage which focuses on gatherings of family and friends to pray for and remember friends and family members who have died and help support their spiritual journey). 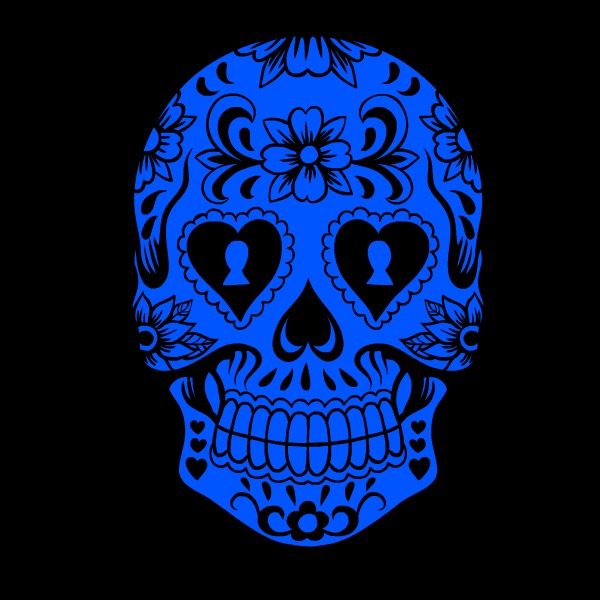 1. Disney Pixar Coco T-shirt – Wait ’till you get this tee on your kiddo, it’ll take his everyday style to a whole new level–especially when you customize it with this bold graphic is inspired by the smash-hit Disney/Pixar movie, Coco. 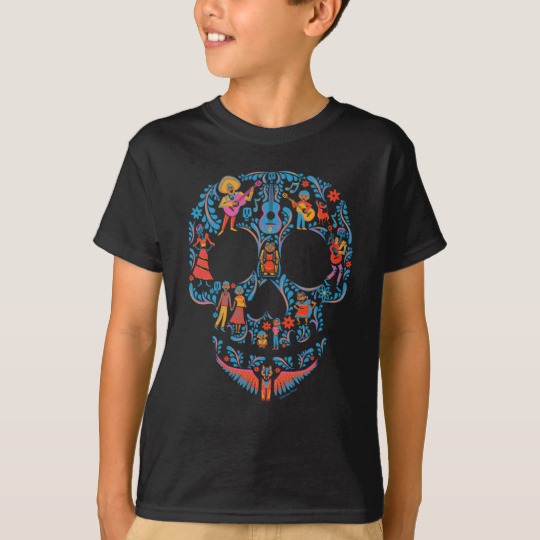 2. Disney Pixar Coco Accessory Bag – Fill it, clip it, and go! This custom clip-on accessory bag is designed to give you on-the-go access to all of your essentials.  Check out Miguel Rivera playing Ernesto De la Cruz’s famous guitar. 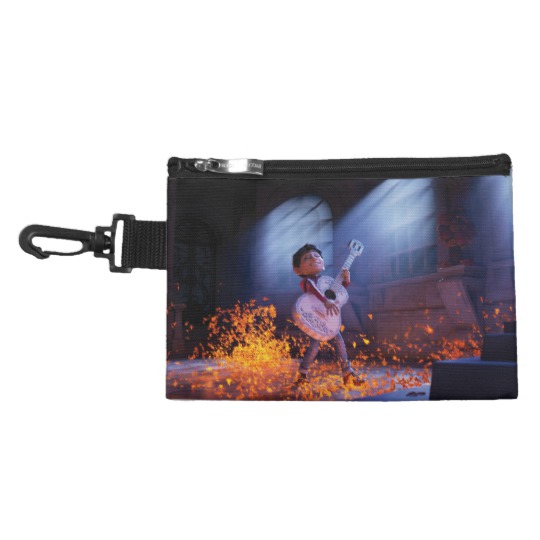 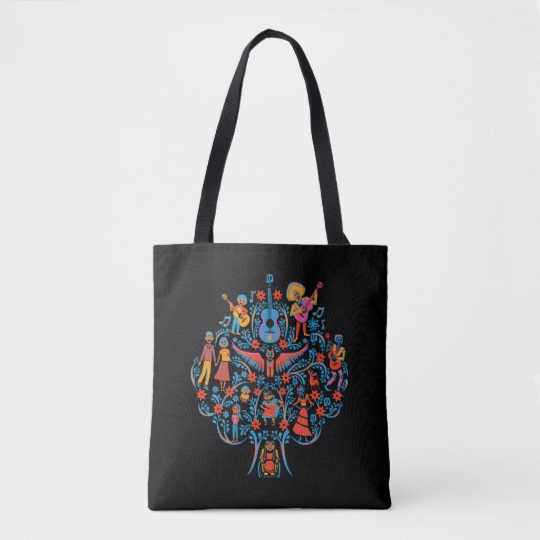 4. Disney Pixar Coco Coffee Mug – The “Funny Tongue Out Two-Tone Coffee Mug” is for every dog lover. How could you not be looking at little old Dante here! This lovable cartoon character jumps straight out of the hit Pixar movie Coco. 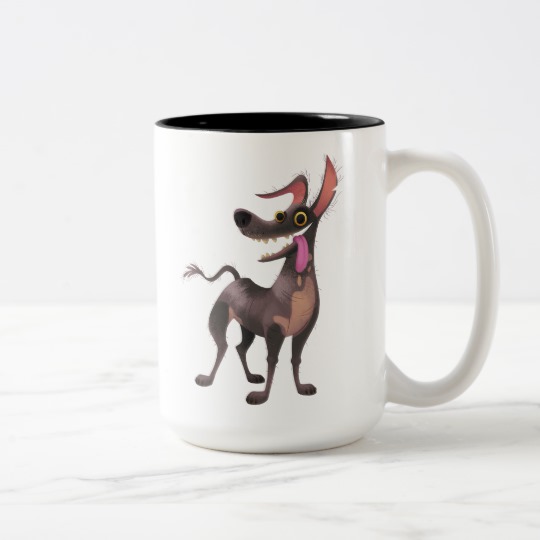 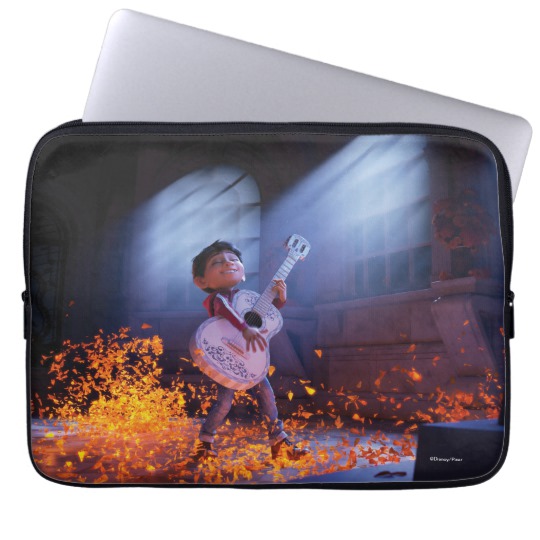 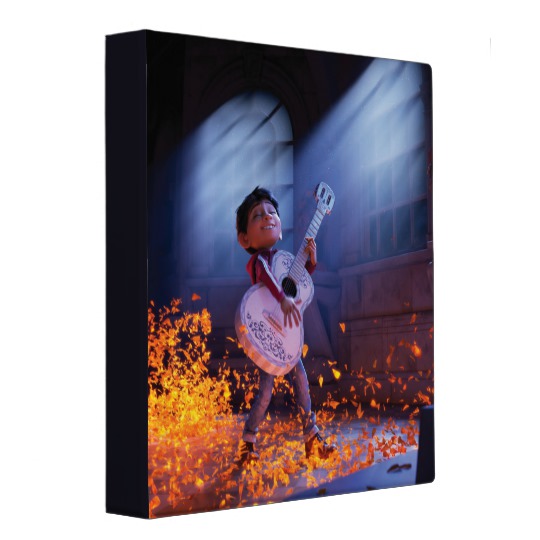 7. Disney Pixar Coco Sweatshirt – Enjoy the comfort of this warm and toasty pullover hoodie. Dante’s hungry…for bones! This colorful cartoon animal is in the right place – The land of the Dead, where bones are plentiful. 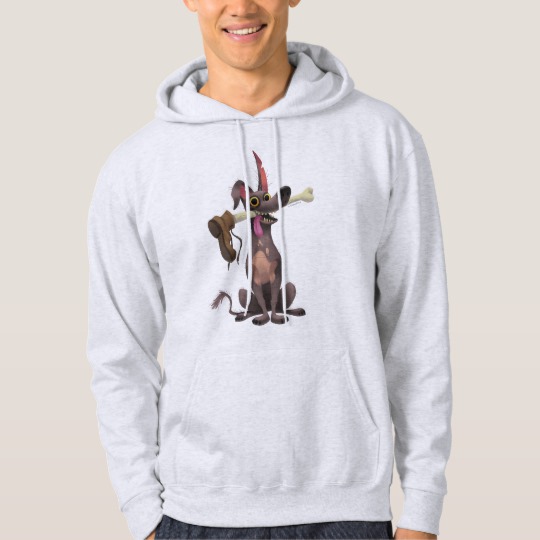 8. Disney Pixar Coco Bag Tag – Stand out in a crowd at the baggage carousel with this luggage tag! Sturdy and weatherproof, this luggage tag is ready to stand-up to the travel demands of any road warrior or adventure seeker. 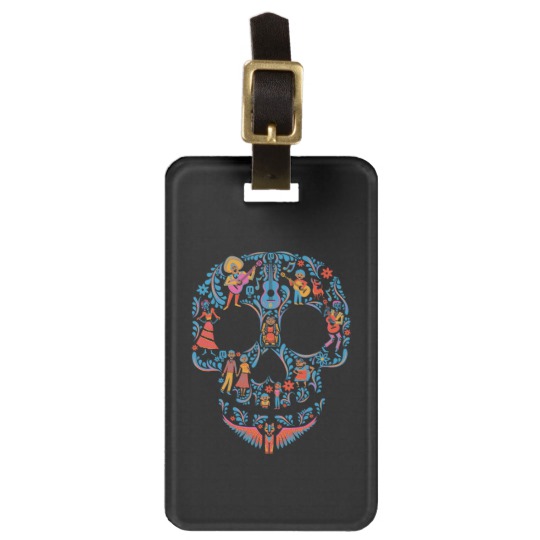 9. Disney Pixar Coco Canvas Print – Quit looking so blue Hector! This Disney character is a trickster, and though he might look blue he’s anything but in this cool design. A silhouette design inspired by the hit Pixar movie Coco. 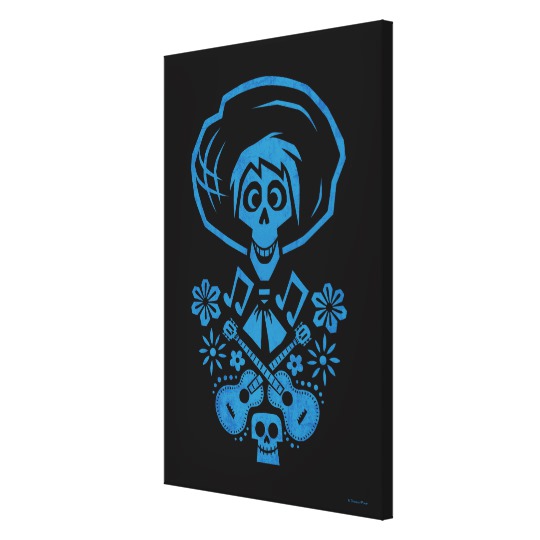 10. Disney Pixar Coco Skateboard – What a cool skateboard that featured the Sugar Skull & Floral Pattern. Whether you’re doing grinds on the half-pipe or kickflips in the street, this competition shaped board has supreme pop! The decks are made of the best quality hard-rock maple and with our one-of-a-kind printing process; you get the best skateboard available in the world. 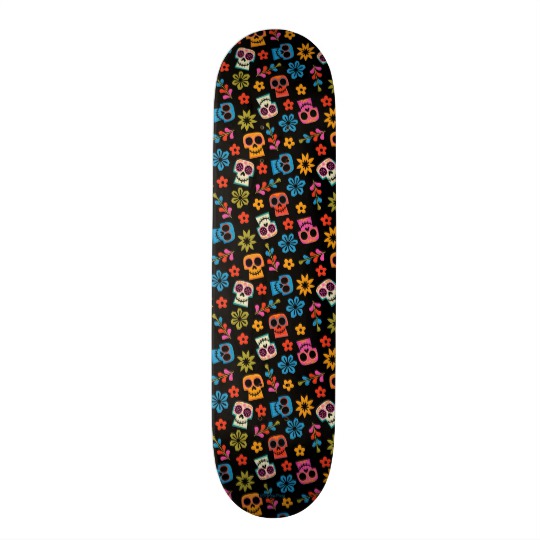 WHAT DID YOU THINK OF THIS COCO GIFT IDEAS LIST?