Check out the full list of Baking Shows on Netflix. 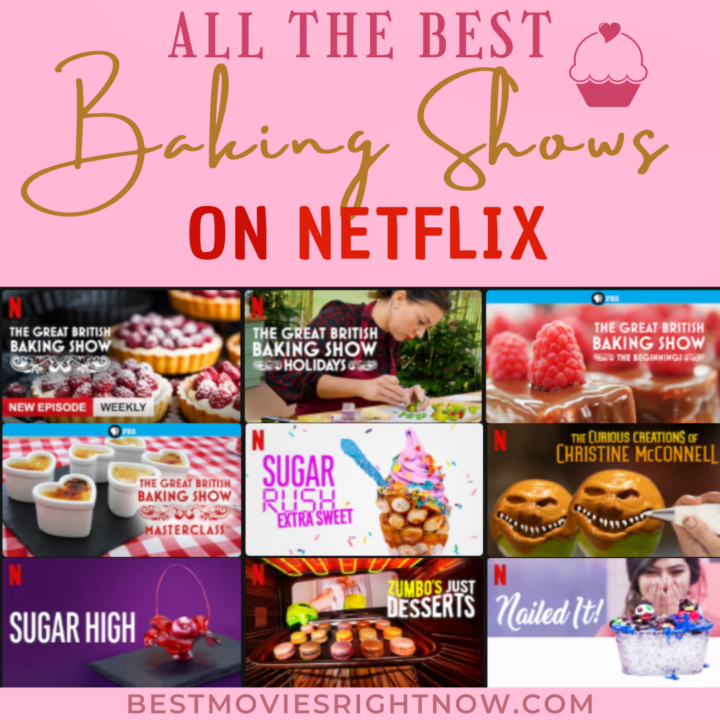 Netflix has lots of shows about food and cooking. If you’re specifically looking for baking shows on Netflix, you’re in luck!

Food shows used to be relegated to big networks like Food Network or the Cooking Channel. With so many streaming platforms available, you can now binge-watch baking series on Netflix any time you want!

In fact, 11 of these shows are Netflix Originals. Netflix knows what their subscribers want and they give it to them.

Here are all of the Baking Shows on Netflix available right now. Stream these titles before they expire.

Crushed cupcakes. Deformed doughnuts. When it comes to high-stakes baking fails, nobody tops these amateur cooks. | Stream on Netflix

It’s the “Nailed It!” holiday special you’ve been waiting for, with missing ingredients, impossible asks and desserts that look delightfully sad. | Stream on Netflix

Keep calm and bake on. The competition heats up as a fresh batch of bakers — and a crispy new presenter — put their sweet spin on delectable edibles. | Stream on Netflix

The crusts are short and the Yule logs long when favorite bakers return to the tent to make mincemeat of the competition. | Stream on Netflix

Exquisite cupcakes, lush confections and lavish cakes. To win this food feud, you have to think fast — and bake even faster. Watch trailers & learn more. | Stream on Netflix 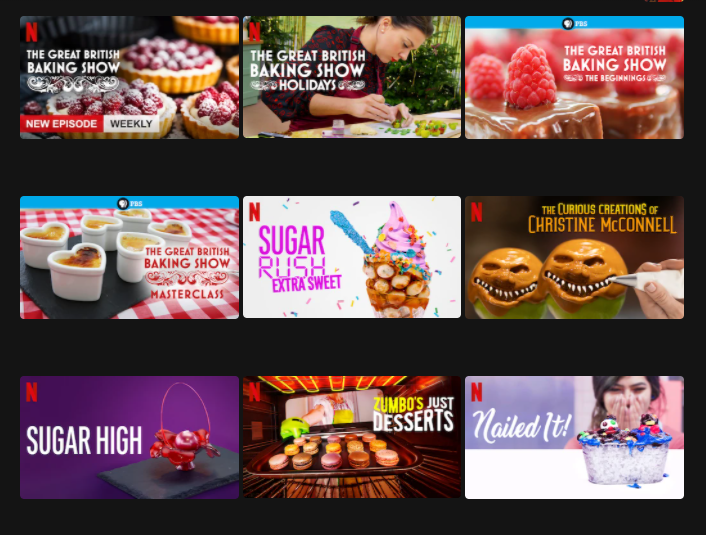 It’s the most wonderful time of the year in the “Sugar Rush” kitchen. Time to get baking, that is.  | Stream on Netflix 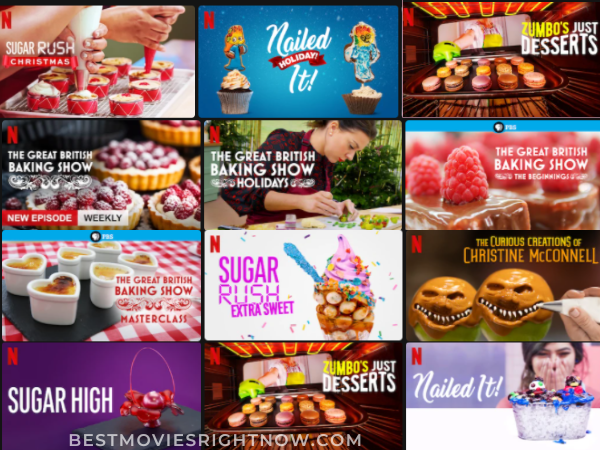 The Curious Creations of Christine McConnell

Her creations are frightfully delicious. Her creature friends are delightfully twisted. And her show? Well, it’s one of a kind. | Stream on Netflix

Talented sugar artists compete for $10,000 over two rounds of competition — candy and sugar sculpture — in this “Sugar Rush” spinoff special. | Stream on Netflix

Dessert wizard Adriano Zumbo looks for the next “Willy Wonka” in this tense competition that finds skilled amateurs competing for a $100,000 prize. | Stream on Netflix 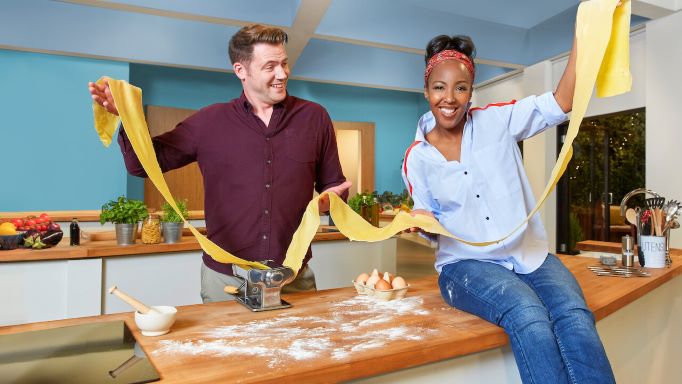 In this competition show, daring home chefs tempt the food gods with reinvented classics and fanciful feasts in their quest to win a golden apple. | Stream on Netflix

The bakineers’ mission: Create an edible robot capable of navigating a candy-covered obstacle course while carrying an ooey-gooey dessert inside | Stream on Netflix 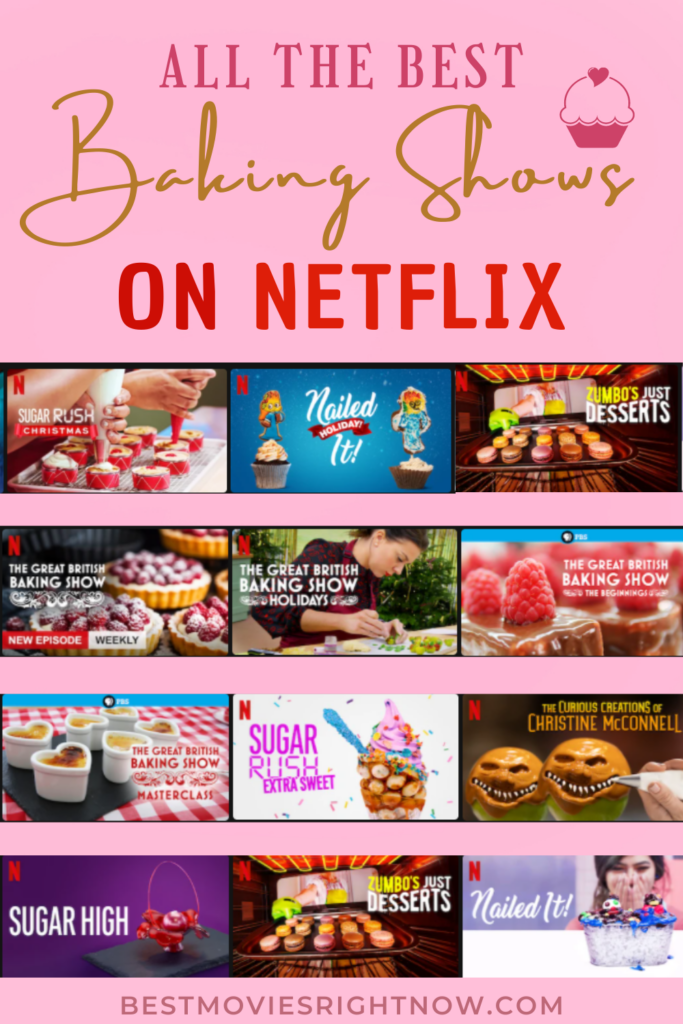 All the Black Christmas Movies on OWN - Best Movies Right Now

[…] All the Baking Shows on Netflix Available Right Now […]

[…] if you are an enthusiast of cakes and want to see how they are beautifully made, watch these cake baking shows to give the enthusiasm in you an […]

[…] treats or contestants compete to make the next best cake, join us as we go over our list of the best baking shows to […]

[…] All the Baking Shows on Netflix Available Right Now […]