Our list of the best dog movies on Netflix will give you all the feels. Click to choose movies that are heart-warming and funny, whether you’re a dog owner or just a dog lover. You’ll be laughing when you meet some of these confident movie characters. 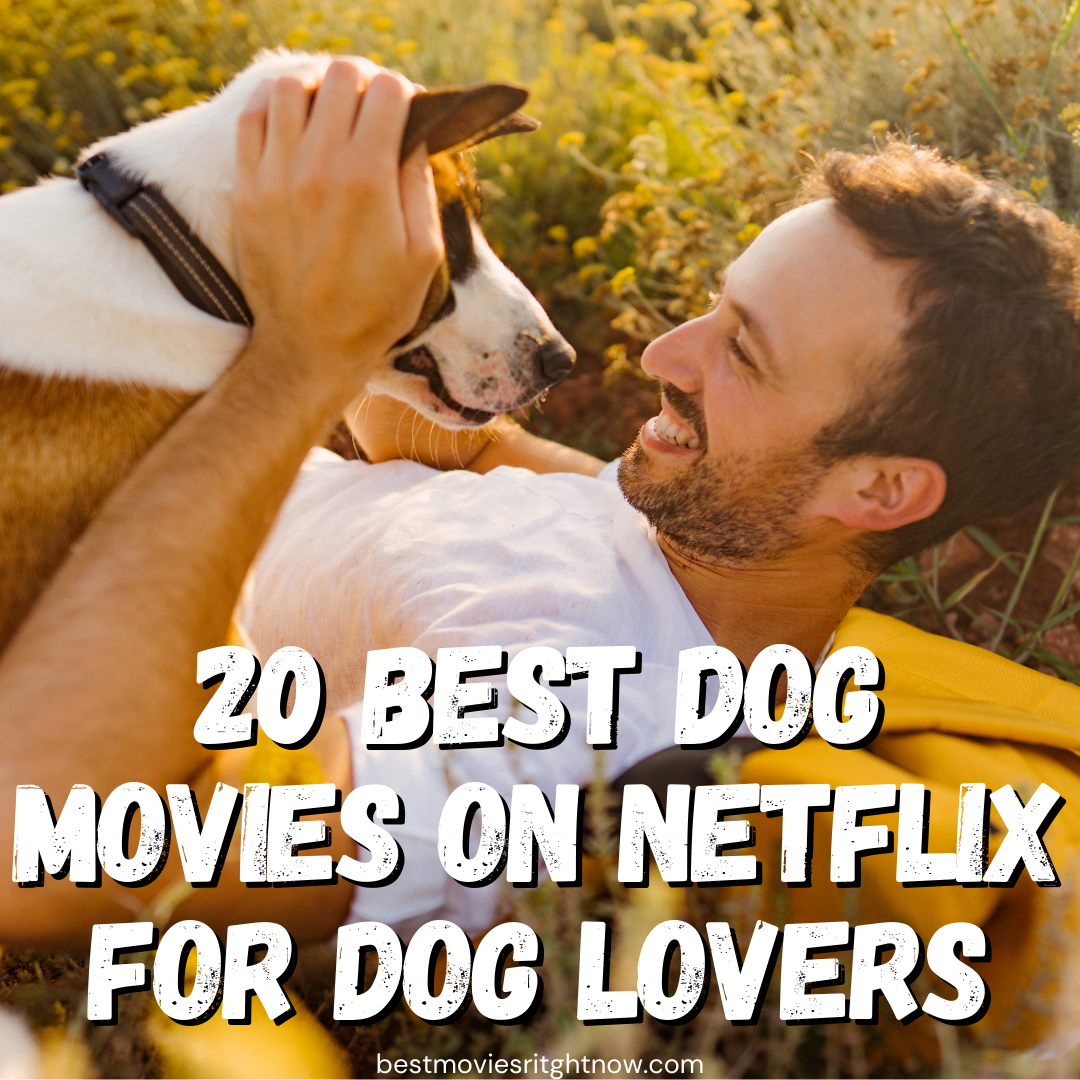 I am an animal person. Always have been. Since I was born, my parents or my family have always had a furry friend.

Except for when we couldn’t have one while my brother was being treated for a pet allergy or when my landlord has forbidden owning one.

So whether you’re like me and need your doggie fix or just need a good movie to watch with the family, here are some of the good dog movies on Netflix. 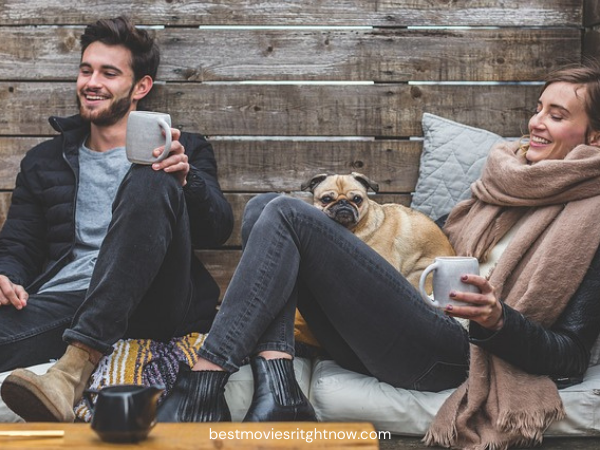 During the summer of 1942, a lonely 9-year-old gets a dog, whose unconventional help changes the young boy’s life forever. | Stream on Netflix 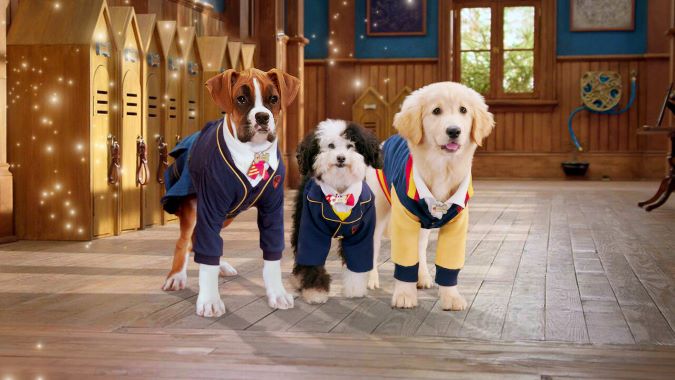 Furry friends take a re-bark-able journey in this series about an extraordinary school for the cutest, cuddliest and most curious puppies. | Stream on Netflix 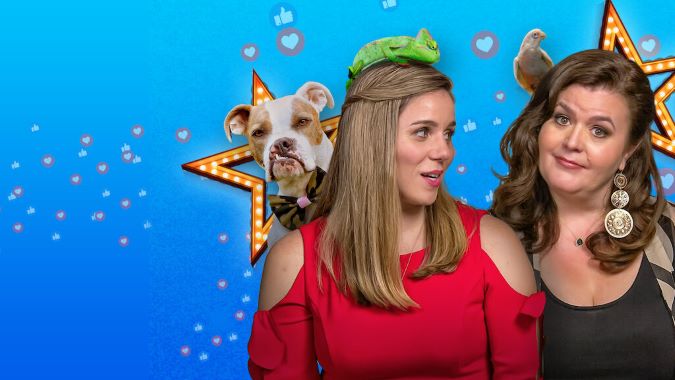 Follow talent management company Pets on Q as they work with the biggest animal influencers on social media in this reality series. | Stream on Netflix 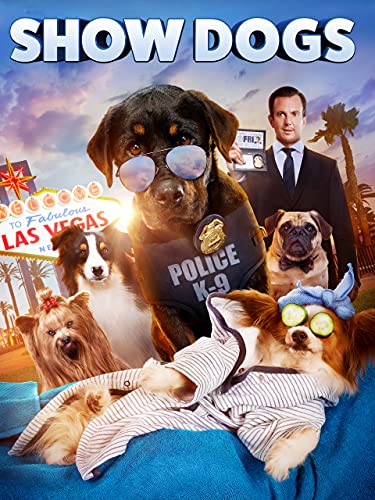 A rough and tough police dog must go undercover with an FBI agent as a prim and proper pet at a dog show to save a baby panda from an illegal sale. | Stream on Netflix 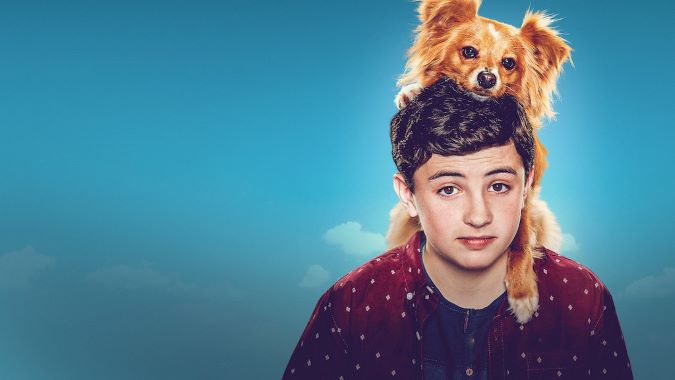 The Healing Powers of Dude 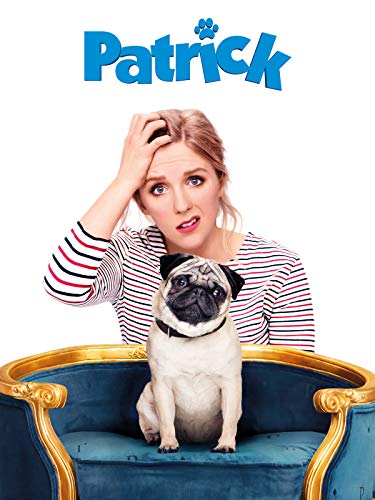 When a schoolteacher inherits an adorable pug, she has to find a way to take care of it while dealing with her flatlining love life. | Stream on Netflix

A determined dog comes to the rescue and helps heal a broken family when a young boy and his sister stumble into some serious danger. … His name is Benji, and he’s technically a mutt. (Watch on Netflix)

Returning Pup Star champ Tiny has her Yorkie paws full after an evil rival replaces her with street dog Scrappy during the national competition. (Watch on Netflix)

Talented pooches from around the world compete to be the next Pup Star, but behind-the-scenes schemes threaten to ruin the fun. (Watch on Netflix)

A new pack of Pup Star pooches stumbles upon a rival team’s plan to ruin Christmas, then ends up at the North Pole to try and save the holiday spirit. (Watch on Netflix) 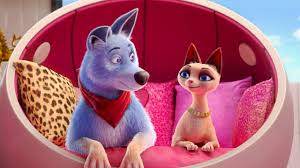 A street-smart dog and a pampered cat join forces to lead a pack of unlikely heroes. (Stream on Netflix) 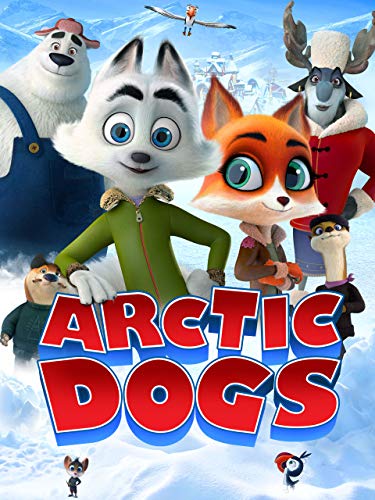 When he stumbles upon evil Otto Von Walrus’s scheme to melt the Arctic, ambitious delivery fox Swifty assembles a ragtag crew to protect the planet. (Stream on Netflix) 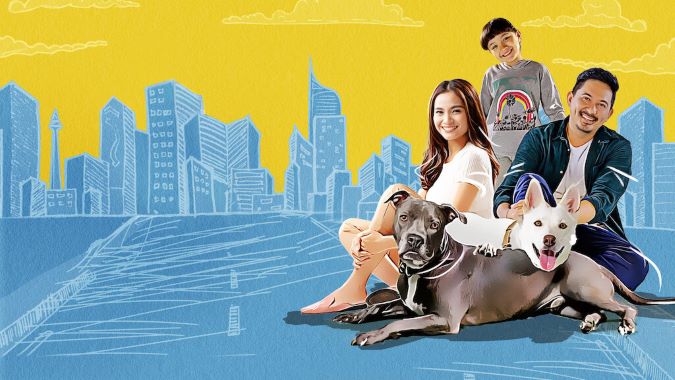 A street dog is taken in by a young couple, and the family pit becomes an instant accomplice as she adjusts to her new, loving home. | Stream on Netflix

Half shark, half dog with a big heart and a belly full of fish sticks! Together, Sharkdog and his human pal Max can take on any silly or messy adventure. | Stream on Netflix 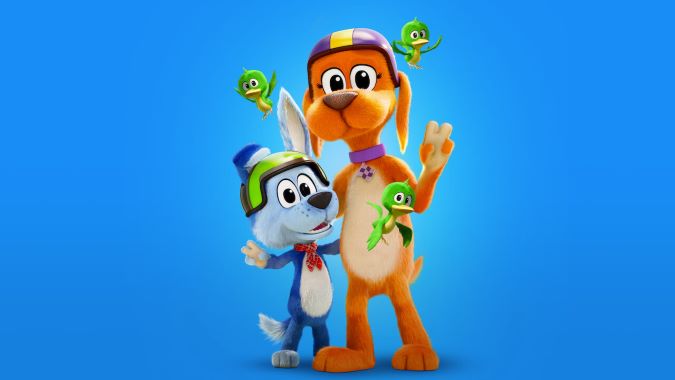 Handy and inventive pup Tag chases adventure with her best pal, Scooch, solving problems and helping the citizens of Pawston along the way. | Stream on Netflix 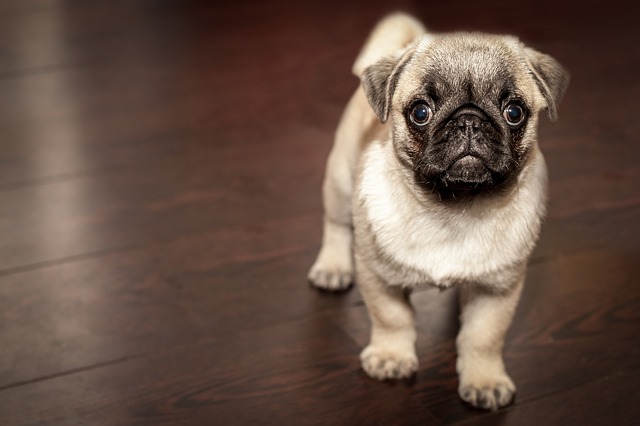 Here are all of the dog movies on Netflix in 2018.

Premiering on November 16, 2018, is the Dogs docuseries. The series is “an elegant, engaging, and cinematic vérité documentary series celebrating the deep emotional bonds between people and their beloved four-legged best friends.” (Watch on Netflix) 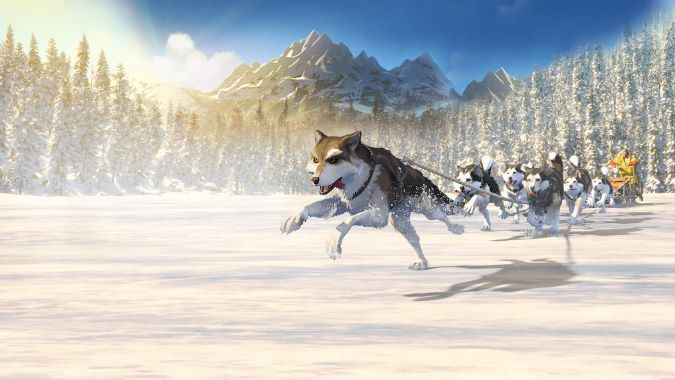 A loyal wolfdog’s curiosity leads him on the adventure of a lifetime while serving a series of three distinctly different masters. | Watch on Netflix

Talented pooches from around the world compete to be the next Pup Star, but behind-the-scenes schemes threaten to ruin the fun. | Watch on Netflix 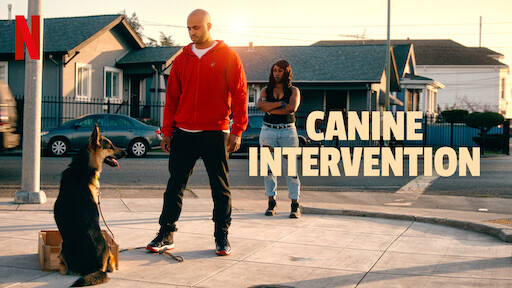 No dog, no breed, no behavior is unfixable for Cali K9’s Jas Laverette. Follow the Oakland dog trainer as he works with a range of canines and owners. | Stream on Netflix 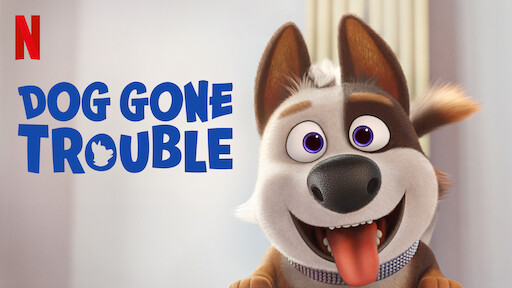 The privileged life of a pampered dog named Trouble is turned upside-down when he gets lost and must learn to survive on the big-city streets. | Stream on Netflix

If you have kids, check out this post about child safety with dogs.

What do you think of this list of Dog Movies on Netflix? 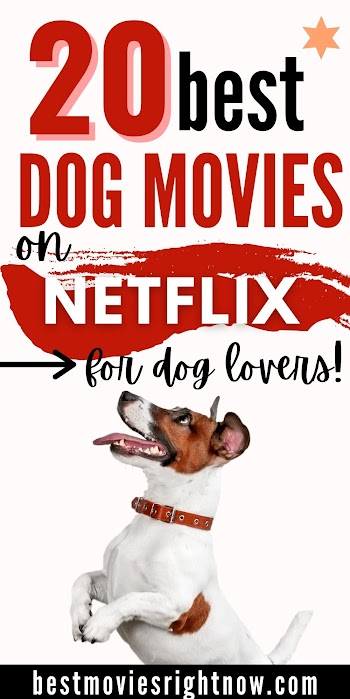 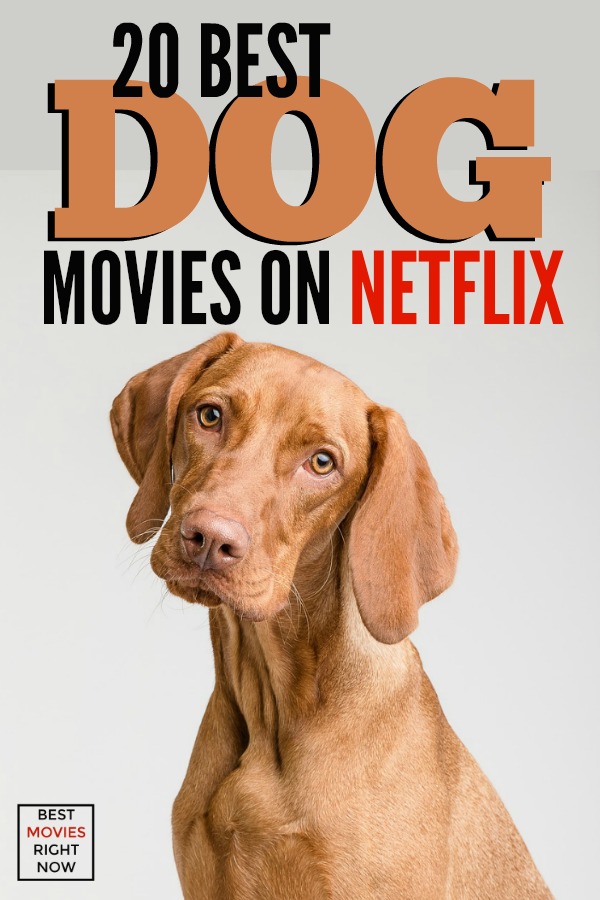 […] dogs are cute in real life, how much more in cartoons? These animated dog movies on Netflix would give you another level of cuteness. They’ll be more adorable, lovable, and funny, […]

[…] are some sad dog movies on Netflix that will sincerely touch your heart. These dog movies will surely strengthen the bond between us and our furry families. Be emotionally ready and don’t […]

Contact Us
As an Amazon Associate I earn from qualifying purchases.
100 shares