Happiness is coming home to your dog after a long day and getting the sweet (and sometimes slobbery) kisses from your best friend. Nothing else matters in the world at that moment, but you and them! 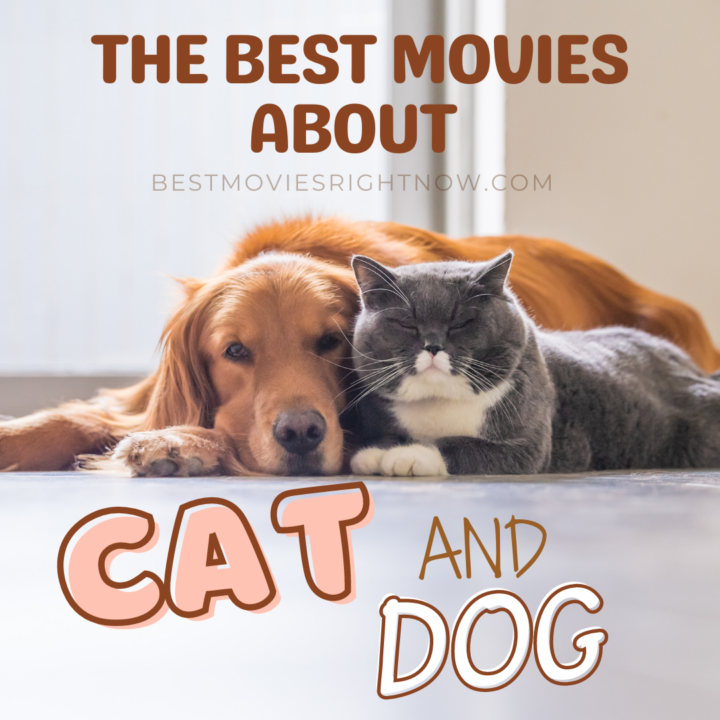 Having a pet can bring so much joy to the owner’s life! That unconditional love you feel when you are greeted at the door by them brings the ultimate happiness into your home. 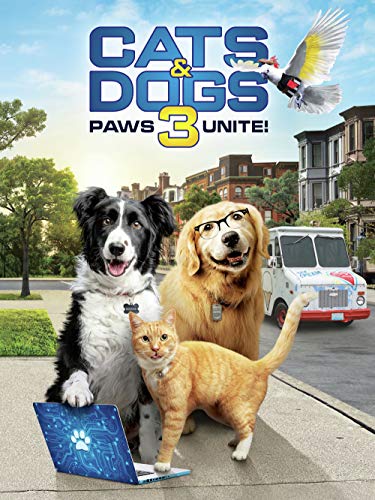 Check out this exclusive meme created in support of the highly anticipated release of Cats & Dogs 3: Paws Unite! 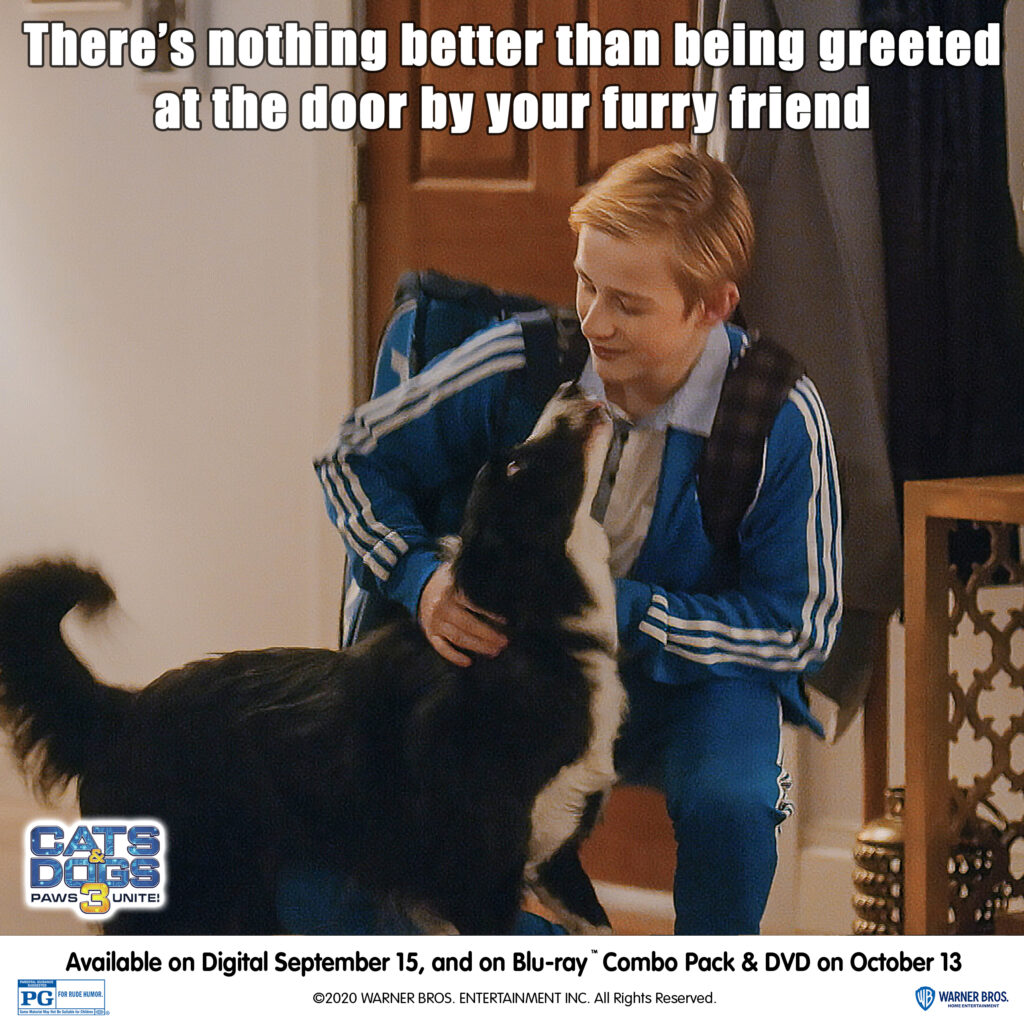 Cats & Dogs 3: Paws Unite! features an all-star comedy lineup lending their voices to this new generation of four-footed and two-winged friends including Melissa Rauch (The Big Bang Theory) as Gwen the cat, Max Greenfield (The Neighborhood, New Girl) as Roger the dog, and George Lopez as Pablo the Parrot.

The film is directed by Sean McNamara (Soul Surfer) and written by Scott Bindley (The Last Summer). Producers are Andrew Lazar (Cats & Dogs, Get Smart) and David Fliegel.

It’s been 10 years since the creation of the Great Truce, an elaborate joint-species surveillance system designed and monitored by cats and dogs to keep the peace when conflicts arise.

But when a tech-savvy villain hacks into wireless networks to use frequencies only heard by cats and dogs, he manipulates them into conflict, and the worldwide battle between cats and dogs is back on. Now, a team of inexperienced and untested agents will have to use their old-school animal instincts to restore order and peace between cats and dogs everywhere.

Celebrate the love we all have for our furry friends nationwide.  #CatsandDogs 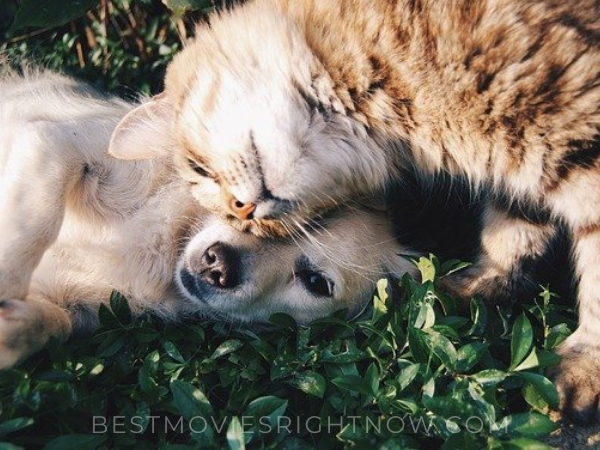 Other Movies in the Cats & Dogs Series

What are all the cats and dogs movies?

What is the best movie about a dog?

Are there any good cat movies?

What is the name of the movie with the two dogs and cat?

The Incredible Journey- Despite hardships and danger, three animals – a bull terrier; a labrador retriever, and a Siamese cat – travel 200 miles across the Canadian wilderness to find their owners.

The Best Movies About Cats & Dogs 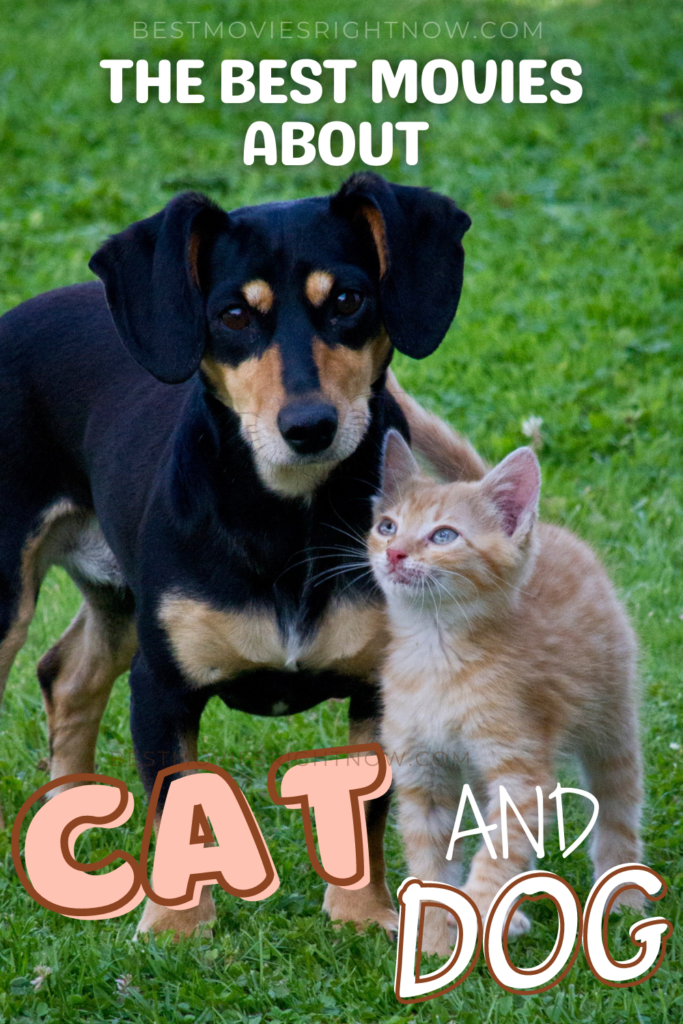