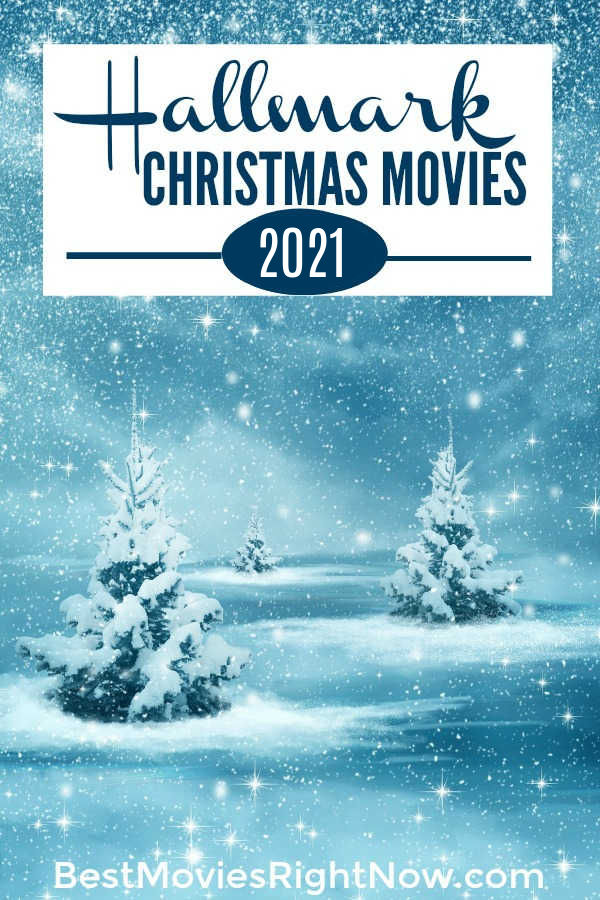 Every year, fans all over the world look forward to watching sappy Hallmark Christmas movies during Hallmark 25 Days of Christmas. Including me! Who doesn’t want to be taken into a magical world where people look forward to and enjoy celebrating Christmas with their families?

Yes, the movies may be a little formulaic, but who cares?!

Without further adieu, here’s the 2021 Hallmark Christmas Movies List. Mark your calendars for Saturday, October 24, when all the holiday goodness officially begins.

You, Me & The Christmas Trees
Release: 10/22 at 8 p.m. ET
Stars: Danica McKellar, Benjamin Ayres, Jason Hervey
Synopsis: An evergreen tree expert teams up with a Christmas tree farmer to get to the bottom of a mysterious illness that’s threatening that year’s crop.

Boyfriends of Christmas Past
Release: 10/23 at 8 p.m. ET
Stars: Catherine Haena Kim, Raymond Ablack, and Paul Sun-Hyung Lee
Synopsis: A marketing executive is visited by the “ghosts” of four of her ex-boyfriends, and realizes she might also have a thing for her friend.

Christmas Sail
Release: 10/31 at 8 p.m. ET
Stars: Katee Sackhoff, Patrick Sabongui, and Terry O’Quinn
Synopsis: A woman returns to her hometown to take care of her estranged father, and tries to make Christmas special for her daughter.

Next Stop, Christmas
Release: 11/6 at 8 p.m. ET
Stars: Lyndsy Fonseca, Chandler Massey, Lea Thompson, and Christopher Lloyd
Synopsis: Lea Thompson and Christopher Lloyd of Back to the Future reunite in a movie about, fittingly, time travel. A woman wonders what her life would’ve been like if she’d married her ex. Then, she gets on a train that takes her ten years into the past.

A Christmas Treasure
Release: 11/7 at 8 p.m. ET
Stars: Jordin Sparks and Michael Xavier
Synopsis: An aspiring writer wonders whether she should move to New York after finding a time capsule.

Christmas at Castle Hart
Release: TBD
Stars: Lacey Chabert and Stuart Townsend
Synopsis: A woman goes to her ancestral Irish town and meets an earl, who hires her to plan a Christmas party.

The Nine Kittens of Christmas
Release: TBD
Stars: Brandon Routh, Kimberley Sustad, Gregory Harrison
Synopsis: A firefighter and a vet stumble upon a litter of nine kittens and set off to find them homes.

The Christmas Promise
Release: 10/30 at 8 p.m. ET on Hallmark Movies & Mysteries
Stars: Torrey DeVitto, Dylan Bruce, Greyston Holt, and Patrick Duffy
Synopsis: A woman renovates the house that she was meant to live in with her fiancé.

Which of these Hallmark Channel Christmas movies is your favorite?