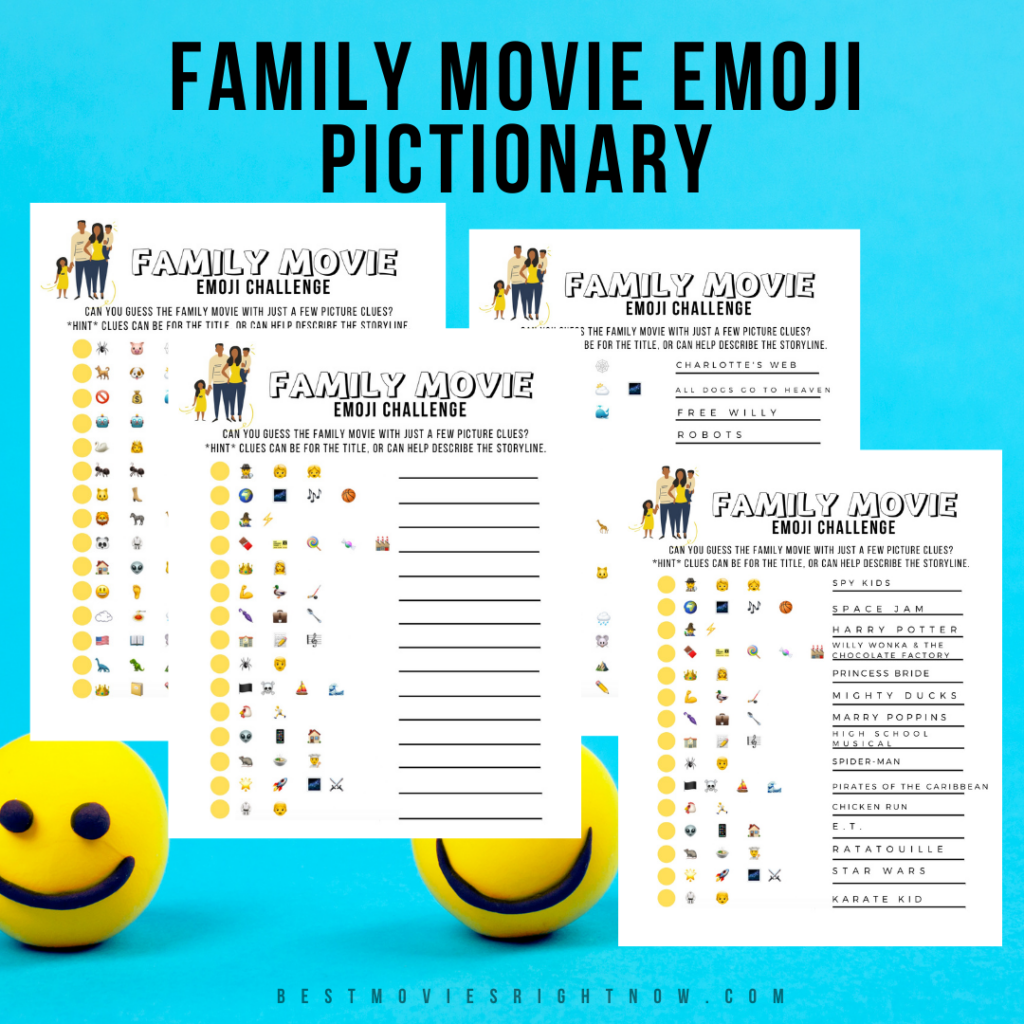 This Emoji Pictionary game is full of fun clues to guess the Family Movie from some emojis. It comes with 2 sheets and 30 clues total, plus 2 answer sheets, for a 4-page printable.

Can you guess the family movie with just a few picture clues? (Hint: Clues can be for the title or can help describe the storyline.) 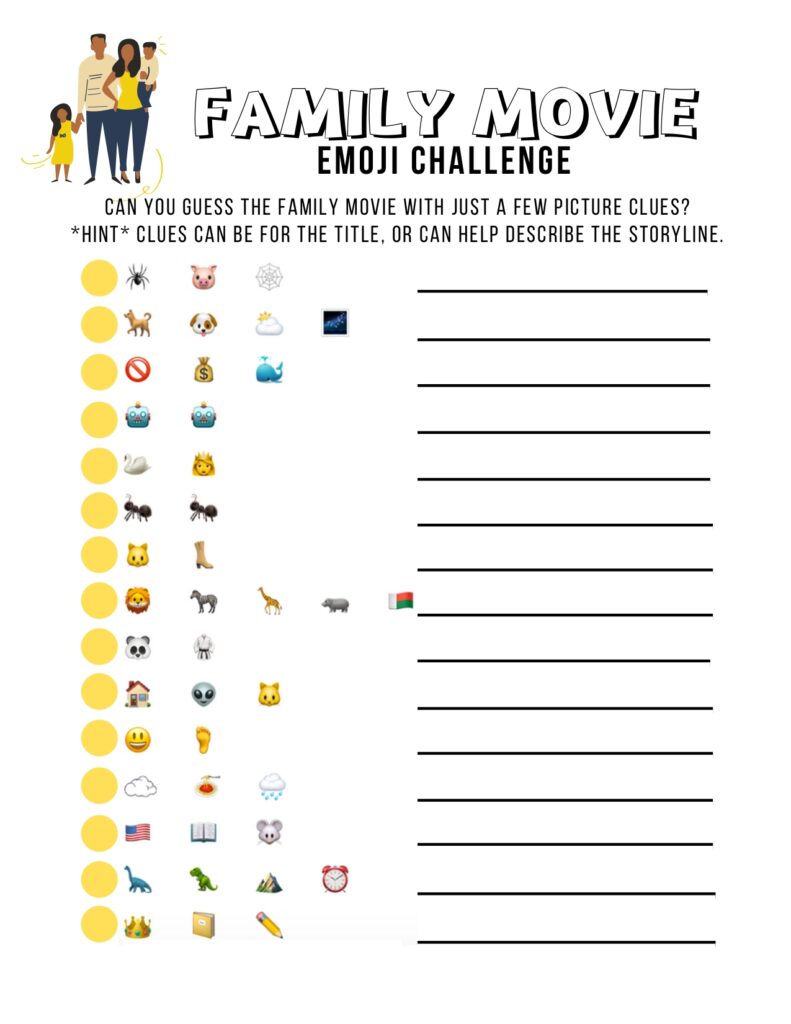 Pictionary is a family classic that only requires paper, writing instruments, and the game Pictionary, which should provide you with a gameboard, minute timer, cards (496 total if you wish to count with 4 category cards), and two dice.

The goal of the game is to guess what the “picturist” is trying to communicate through the pictures that they draw. You advance on the gameboard by guessing correctly, and the first to get to the finish square wins.

Setting Up The Pictionary Board:

To begin, give each person a pawn and place all pawns on the start square. Then each person needs paper, a writing instrument, and category card.

There are four categories: e All Play (AP) where any word or expression may be used, D for difficult, A for action or verbs, P for nouns such as person, place, or animals, and O for object nouns which may be anything can be touched or seen.

If a little triangle is next to the word on a card, it is automatically an all-play category.

Ideally, Pictionary is played with four people in teams of two but can be played with fewer or more people. If there are only three people present in your game, two people battle it outguessing the clues and one is left being the dedicated picturist for both players.

If there are more than four players you may add more people to each team or create multiple teams of even denominations. 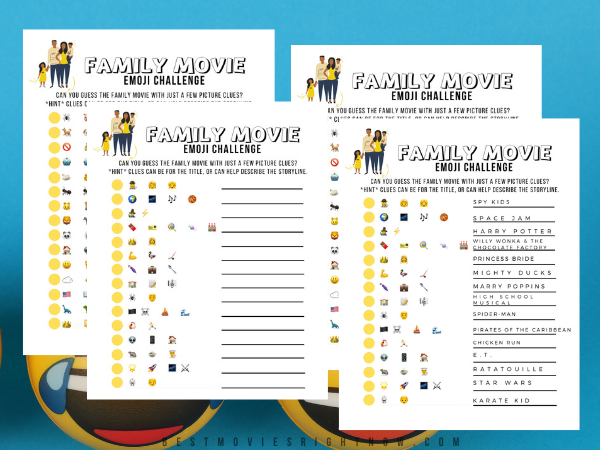 Now everyone should be ready to play. Designate one person on your team to be the first picturist and roll dice to see which team goes first.

The highest roll gets to pick a card from the deck and the All Play (AP) category is chosen for everyone to guess. Once the card is drawn, the picturist has 5 seconds before they must begin to sketch.

After the 5 seconds are up the timer is set to 1 minute and the picturist sketches their clues. Note, sketches can not contain letters or numbers.

All players guess in the first round and have a minute to do so. The team who guesses correctly first then gets to roll a die and advance the corresponding amount of squares.

They now switch picturists and draw a card. The category they must draw should correspond to the color square they are on. The new picturist has 5 seconds to think/prep and 1 minute to sketch.

In this and all consequent rounds, only teammates guess the clue. If the team guesses correctly, they may roll the dice again and advance to a new square.

This happens until the team guesses incorrectly then a new team gets to play. This new team starts by drawing a card and beginning the sketch and guess process. The first team to the finish square wins the entire game.

Like with any game, there are bound to be some friendly cheaters who will do anything to win. One way a team may try to bend a few rules is to do dashes for the number of letters in a word, hangman style. For example if the word was “mailman” they may draw a picture of an envelope and a stick figure but also include dashes for each letter “_ _ _ _ _ _ _”.

While the drawings are acceptable the dashes are not. Feel free to add in penalties or punishments for those who cheat, perhaps drawing with their non-dominant hand for a round (ambidextrous individuals should be flogged instead).

Remember, no words, numbers, gestures, and/or verbal/non-verbal cues may be used. The point of Pictionary is to draw pictures and guess what the word or phrase is! 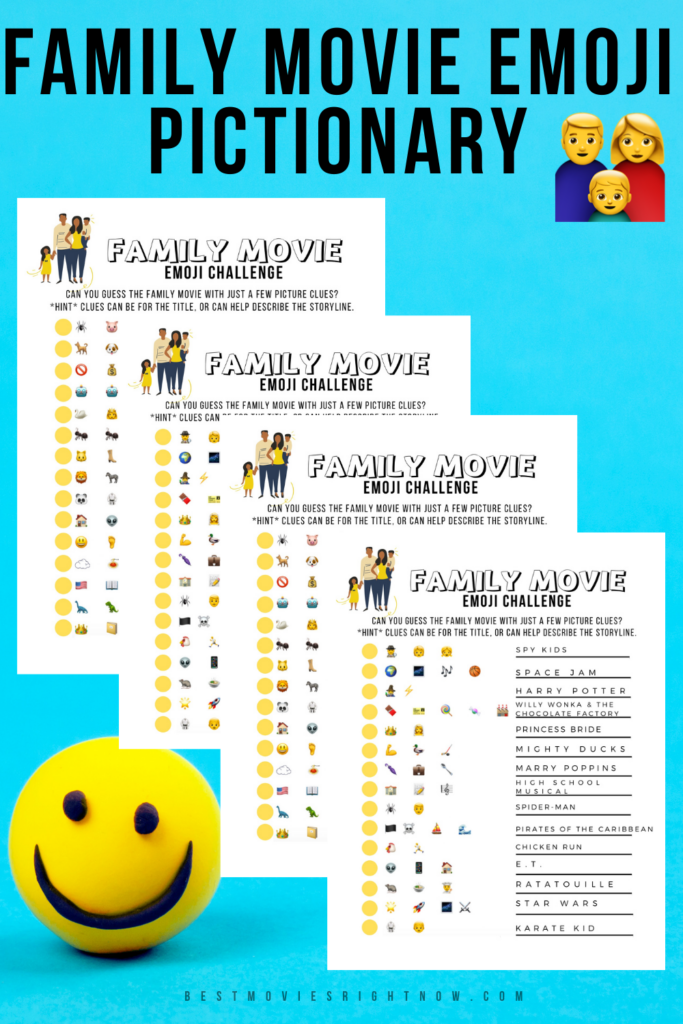