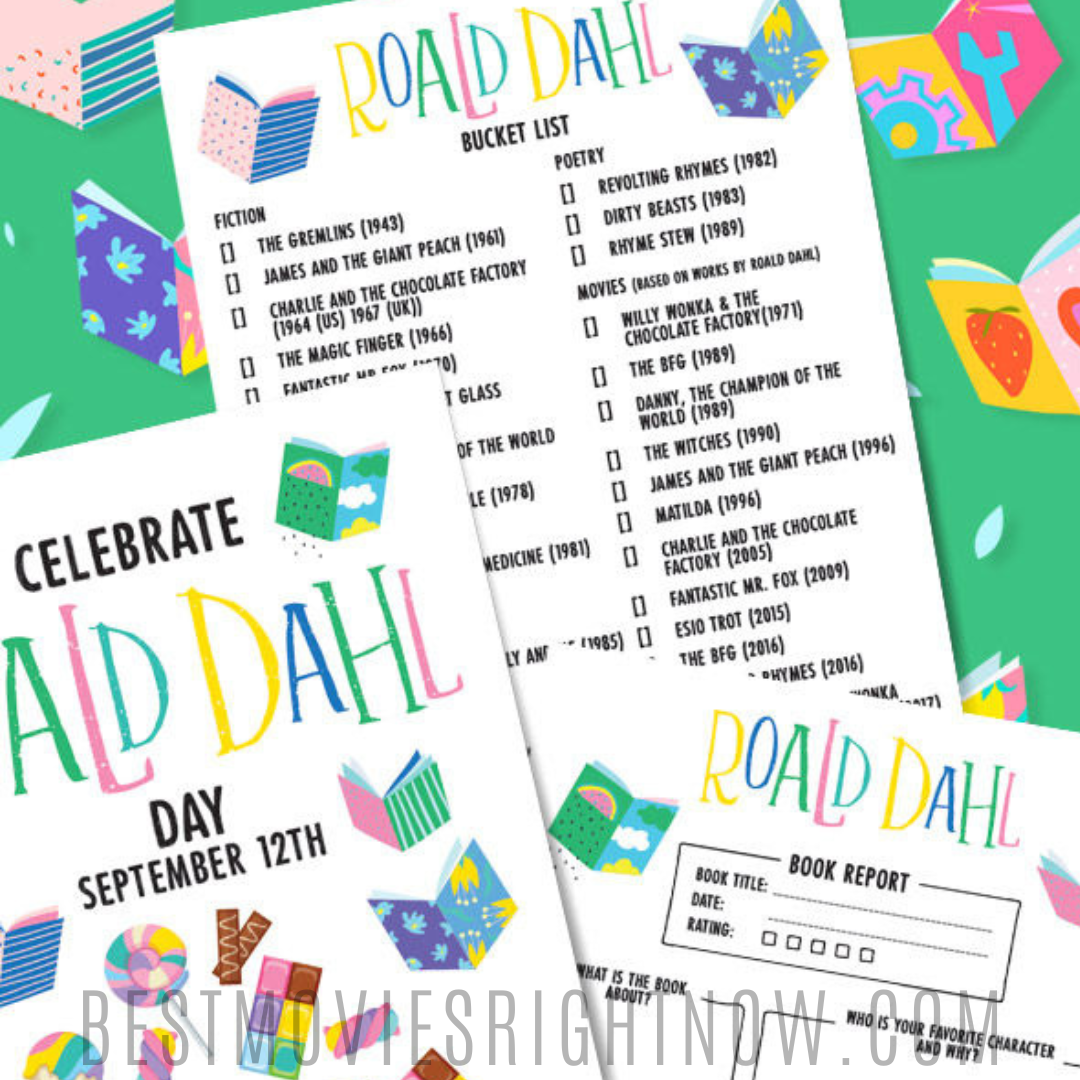 Roald Dahl was a fighter pilot, a screenwriter, and a novelist, but he is most known for creating fascinating characters in Roald Dahl Movies like Willy Wonka, Matilda, and Mr. Fox.

Dahl, as one of the most well-known children’s authors of all time, instilled a sense of wonder and creativity in all of his stories — and, more often than not, a dash of unpleasantness.

Dahl may have written about witches, giants, and anthropomorphic bugs, but his characters are all quite human.

Here is a list of some of Roald Dahl’s Movies. 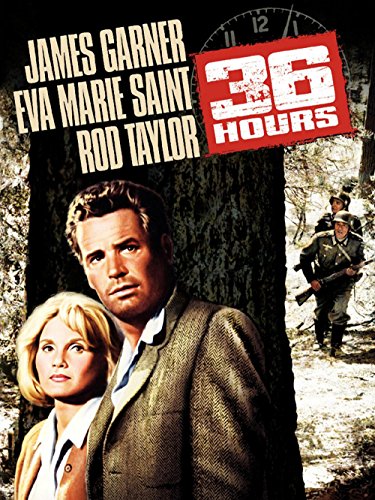 Set during WW II, Oscar-nominee James Garner stars as an American spy captured by German soldiers and brainwashed into believing the war is over. 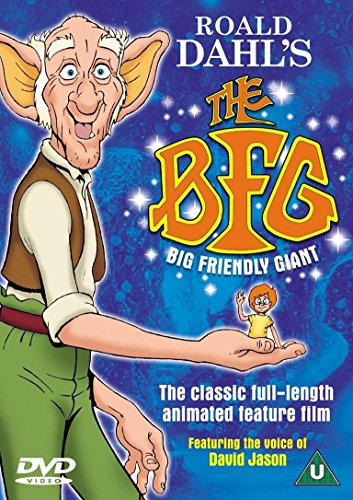 Sophie is a little girl who befriends BFG (David Jason), a big friendly giant, but soon discovers that his brethren aren’t all as good-natured. It’s up to her to convince the Queen of England that the likes of the Bloodbottler, the Trogglehumper, and the Fleshlumpeater. 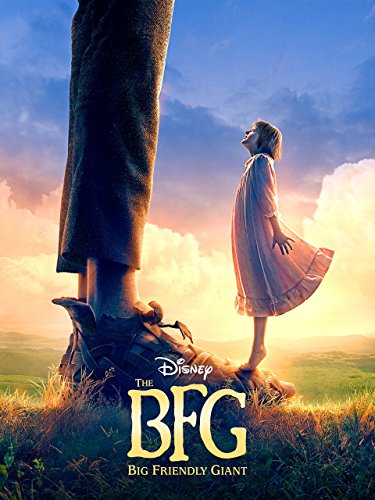 Disney presents a Roald Dahl classic directed by Steven Spielberg. When a young girl crosses paths with a mysterious Giant, she’s launched on an adventure filled with magic, wonder and unexpected friendship in this imaginative tale. 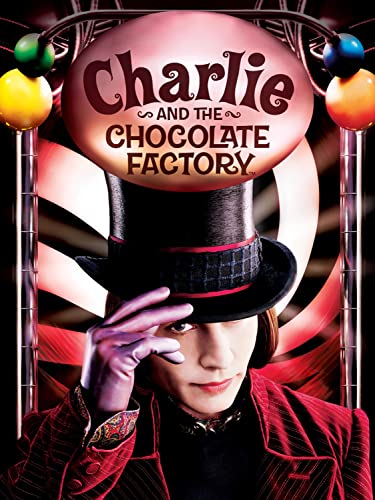 Charlie and the Chocolate Factory
Buy on Amazon

Charlie and the Chocolate Factory (film) 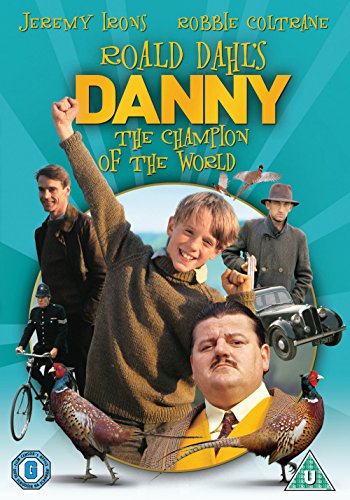 Danny, the Champion of the World (film)

Set in the English countryside during the 1950s, this adaptation of Roald Dahl’s classic novel tells the story of nine-year-old Danny and his widower father William, a poacher who lives in a caravan on a great estate.

RELATED:  10 Movies Based on Books on Netflix

The lord of the manor wants to turn the land into housing development, thus pushing William out, but Danny has other plans. As they battle to save their way of life and refuse to give way to the builders, a strong bond grows between father and son. 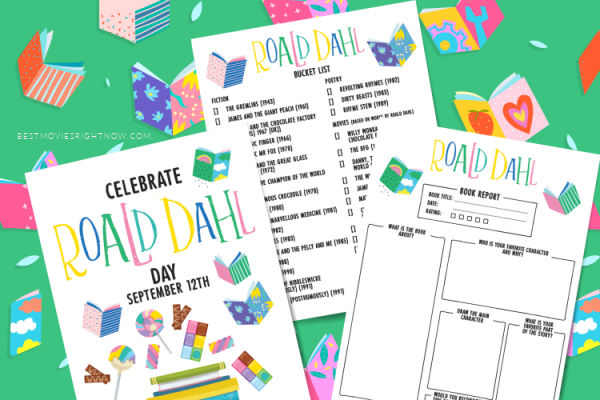 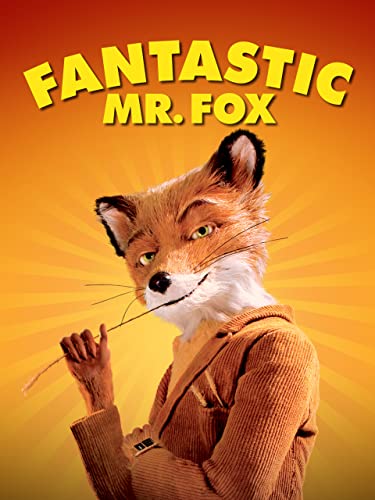 Mr. and Mrs. Fox live a happy home life with their eccentric son Ash and visiting nephew Kristopherson. That is until Mr. Fox slips into his sneaky, old ways and plots the greatest chicken heist the animal world has ever seen. 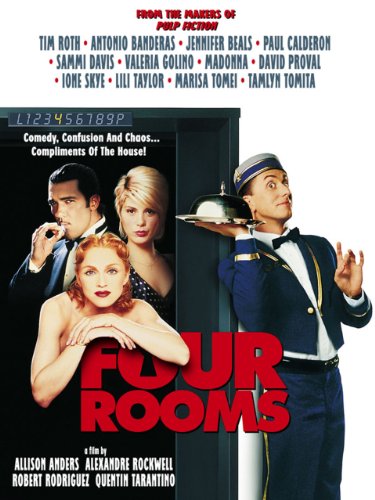 Don’t miss the fun in this hilariously sexy comedy that has Antonio Banderas (Once Upon a Time in Mexico), Madonna (Swept Away), and a sizzling all-star cast checking in for laughs!
It’s Ted the Bellhop’s (Tim Roth, Pulp Fiction) first night on the job…and the hotel’s very unusual guests are about to place him in some outrageous predicaments. 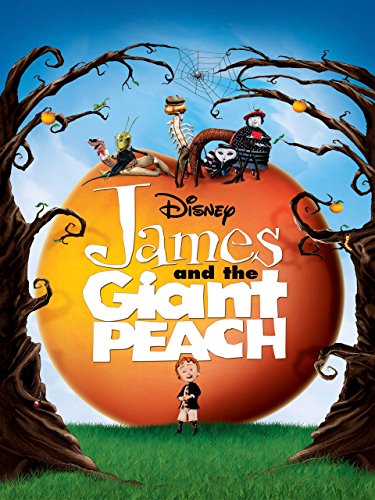 James and the Giant Peach
$3.99
Buy on Amazon

James and the Giant Peach (film)

When young James spills some magic crocodile tongues, a giant peach grows as huge as a house. Climbing inside, he embarks on a thrilling and magical odyssey. 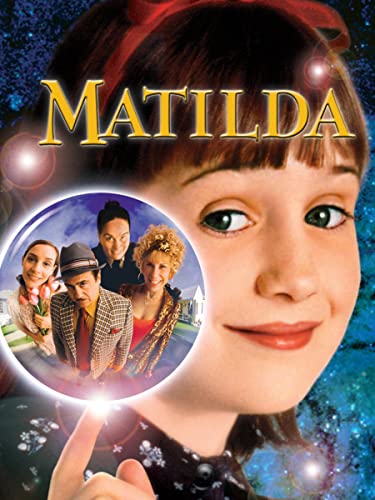 Danny De Vito, Rhea Perlman and Mara Wilson star in this modern fairytale that mixes hilarious humor with a magical message of love. 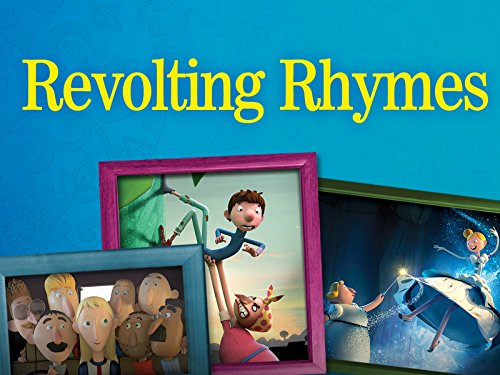 This half-hour film sees young Snow White and Red Riding Hood become lifelong friends as Snow White takes on the might of the wicked Queen, while Red is called home to deal with a pair of hungry wolves! 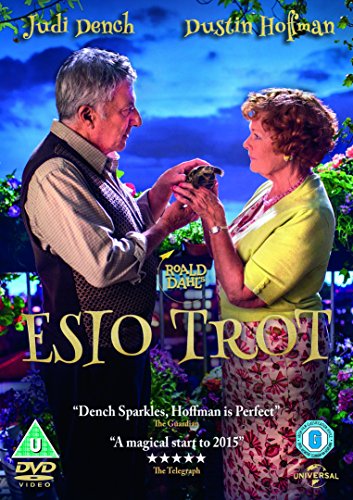 Mr. Hoppy (Dustin Hoffman) lives a quiet retiree’s life, tending to his balcony garden, pottering to the shops and back, and secretly being passionately, hopelessly in love with his downstairs neighbor, Mrs. Silver (Judi Dench).

From their first meeting in a cramped lift, he is utterly captivated by her sparkle and warmth, but he regularly fails to tell her this during their neighborly chats over the balcony.

When he finds she is distraught that her beloved tortoise, Alfie, doesn’t appear to be growing, Mr. Hoppy spots a chance to make his true love happy, and maybe even get closer to her in the process.

Stoically, he continues with his cunning plan to make Alfie miraculously grow and finally wins his way into Mrs. Silver’s heart – only to find he had been there all the while. 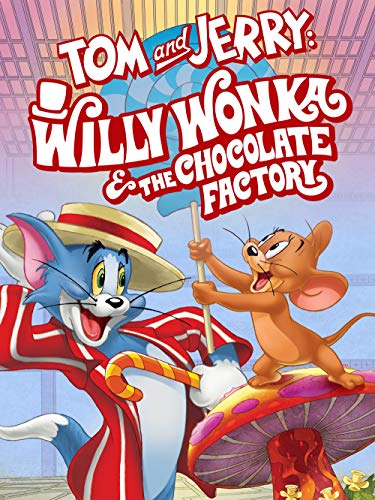 Tom and Jerry: Willy Wonka and the Chocolate Factory
$14.99
Buy on Amazon

Tom and Jerry: Willy Wonka and the Chocolate Factory

Tom & Jerry help Charlie to a golden ticket and prevent one of Willy Wonka’s competitors from stealing a special candy-Everlasting Gobstopper! 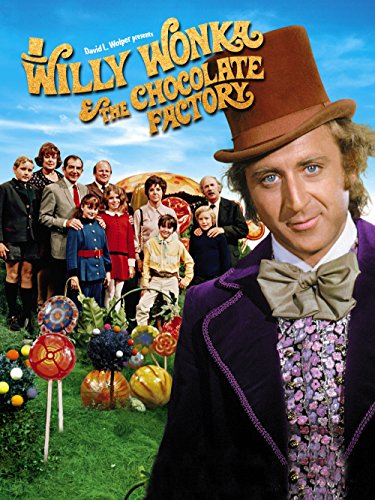 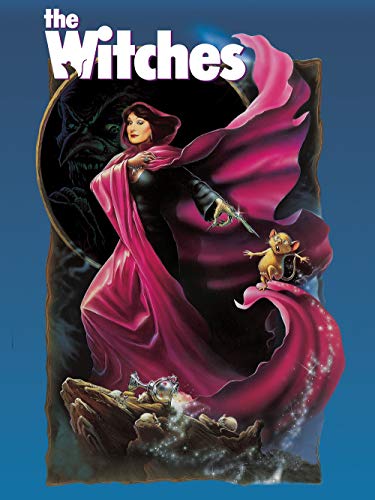 A recently orphaned young boy is taken to England by his grandmother. At their hotel, he stumbles across a witch’s convention plotting to rid the world of children. 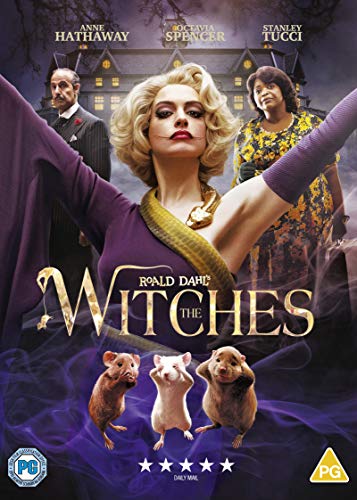 A recently orphaned young boy is taken to England by his grandmother. At their hotel, he stumbles across a witch’s convention plotting to rid the world of children.

Celebrate Roald Dahl Day with this list of our favorite Roald Dahl movies and fun activities. This activity kit includes:

Get the complete list of books and movies with this list. Check off each one that you’ve read or seen! 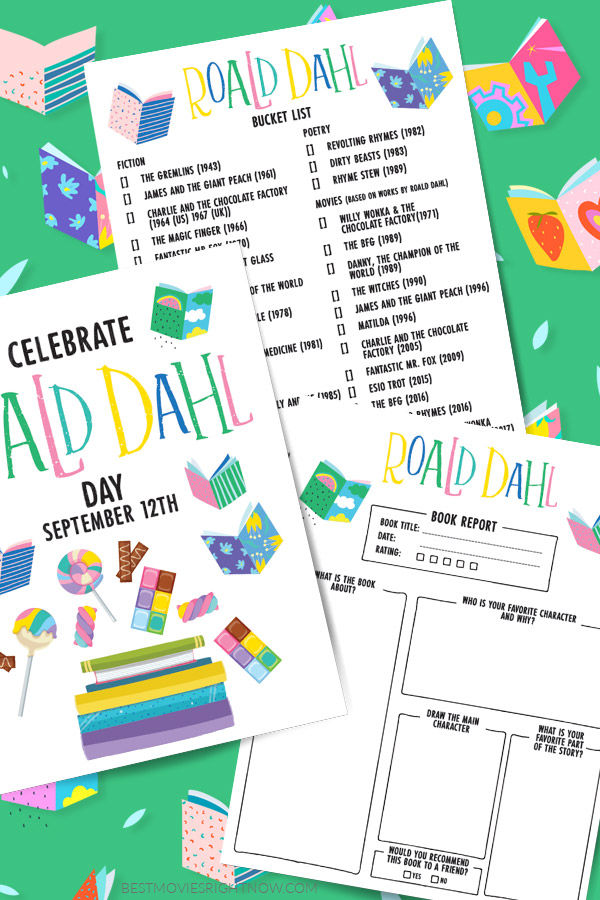 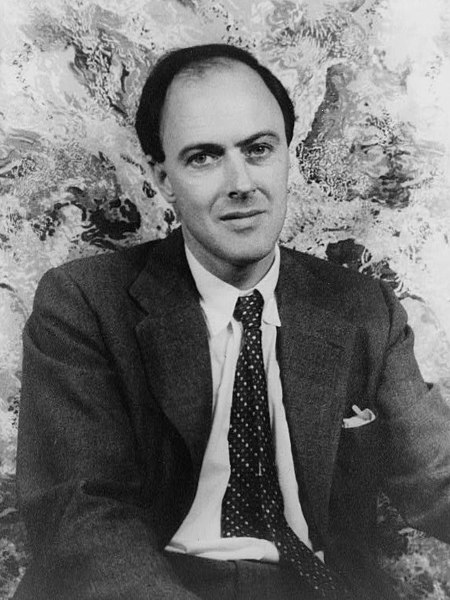 What day is Roald Dahl Day?

Roald Dahl Story Day is a global celebration of Roald Dahl stories that takes place in September. We’ll be enjoying our favorite Roald Dahl characters, stories, and experiences with fans all over the world on September 13th.

Why is Roald Dahl Day on 13th September?

Roald Dahl is born in Llandaff, near the Welsh capital of Cardiff, on 13th September 1916. 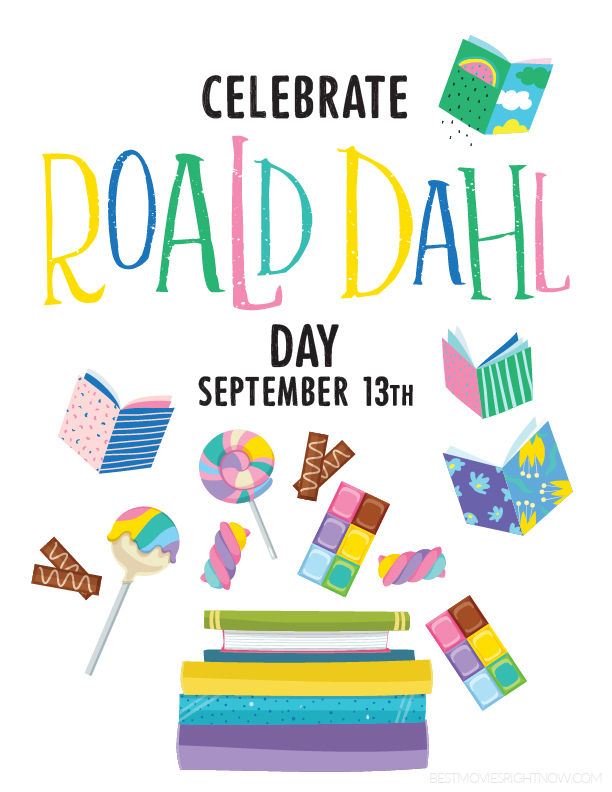 Roald Dahl Day is celebrated on September 13th, Sunday in honor of one of the world’s greatest storytellers.

Why is there a Roald Dahl day?

Every year on his birthday, September 13th, Roald Dahl Day is held to honor him and his accomplishments, commemorating the magic that he provided and continues to bring kids everywhere. 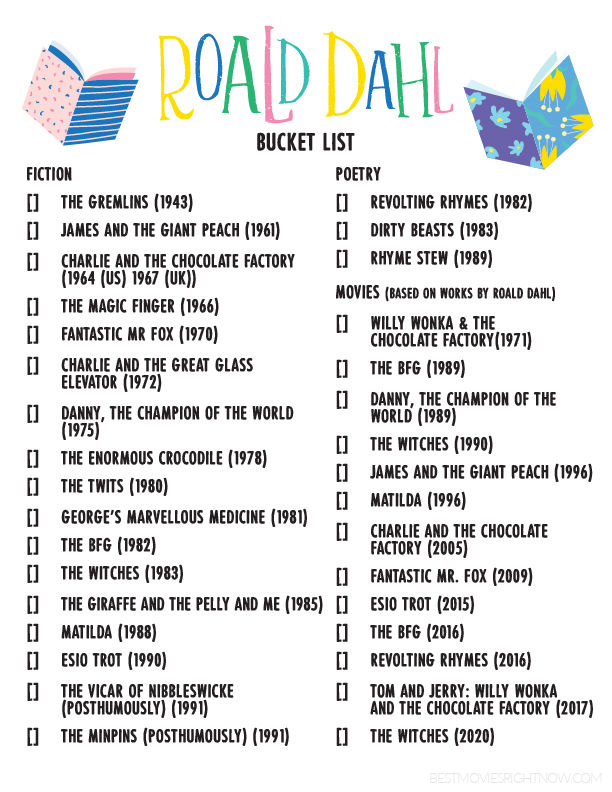 What Roald Dahl books have been turned into movies?

Here are some of the Roald Dahl books that have been turned into movies:

Roald Dahl’s new film is called “To Olivia,” a true story about Roald Dahl and actress Patricia Neal, and director John Hay takes us behind the scenes.

What is Roald Dahl’s best-selling book of all time?

Charlie and the Chocolate Factory was Roald Dahl’s best-selling book of all time. With 302,300 copies sold, the 2007 edition of The Twits (Puffin) is the best-selling single edition of any of Dahl’s books.

However, when all editions are combined, Charlie and the Chocolate Factory comes out on top, with 990,711 copies sold. A total of 374,969 copies of Charlie and the Great Glass Elevator have been sold.

10 Movies Based on Books on Netflix - Best Movies Right Now