Easter can be a joyous time for families, especially if children are present. 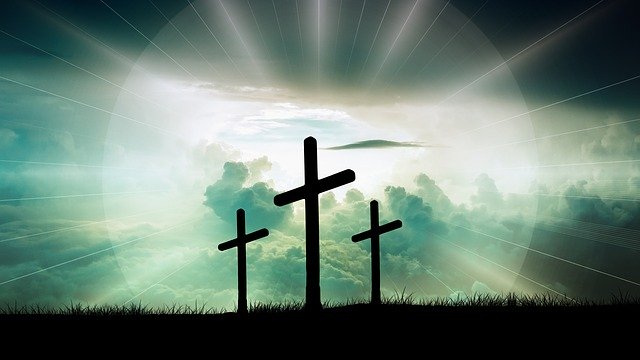 It’s a great time for gatherings, but unfortunately, it is very easy for the true meaning behind the celebrations to be forgotten.

Amidst all the chocolate, Easter eggs, ham, turkey, and desserts, it is important to remember that Jesus is the reason for the occasion.

Even for people who are not Christian or don’t attend church, there are some great movies that have been made over the years that cover the life of Jesus Christ, with focus on his crucifixion and resurrection.

The following 5 films stand out as being great, and even if one is not religious, it is easy to appreciate these moving stories that cover such an important topic.

Many movies have been made over the years that depict the life of Christ, that do justice to the bible stories.

King of Kings and The Greatest Story Ever Told are among the better ones, but the 1977 mini-series, Jesus of Nazareth, really stands out as being one of the greats.

Robert Powell gave a powerful performance in the role of Jesus Christ and the two-part film was filled with descriptive detail about the miracles that Jesus performed as well as his ability to forgive those who sinned against him.

It still holds up well today and has appeal for everyone whether they are faithful Christians or non-believers.

Directed by Martin Scorsese and based on the novel by Nikos Kazantzakis, The Last Temptation of Christ is one of the most controversial religious films to have ever been made.

Willem Dafoe does a terrific job playing Jesus in this movie, but what makes the film so shocking, is when Christ is taken down off the cross and imagines things that never happened according to the gospels.

For starters, viewers will get to see Jesus having relations with a woman, and eventually having a family of his own.

The film is based on the idea that while Jesus was the Son of God, he was still human and had temptations to live a normal life.

While some would rather not see Jesus depicted in this way, it does help viewers feel empathy for him and get somewhat of an understanding of how difficult a sacrifice it was that he made for mankind.

Another controversial film that covers the crucifixion is the 2004 Mel Gibson flick, The Passion of the Christ.

Many were turned off by the brutal violence depicted in the scenes where Jesus was whipped and beaten by the Roman soldiers, but the movie was well-acted and had an authentic feel to it.

Gibson chose to forego the story of Jesus’ life and focus solely on the last few hours leading up to his death.

Having the actors speak entirely in Latin is extremely effective in giving the movie a sense of realism as long as the viewer doesn’t mind reading subtitles for more than two hours.

All-in-all the film is very powerful, and many have either loved or hated it. For those who have never seen Passion, it’s definitely worth checking out as long as the viewer goes into it with an open mind.

This 1959 epic masterpiece went on to win 11 Academy Awards and is still very popular today. It has almost become tradition that one of the major networks will air it around Easter time.

Charlton Heston stars as Judah-Ben Hur, a wealthy Jewish prince who is betrayed by his good friend and sent into slavery.

From there, he battles his way back to seek revenge against the Romans.

While the movie doesn’t directly have anything to do with the story of Christ, Ben-Hur often crosses paths with Jesus throughout the film and begins to learn the importance of such values like faith and forgiveness.

This timeless classic is appropriate for all people no matter what religious background they come from and is highly recommended.

According to the gospel stories, the people of Jerusalem were given a choice by Pontius Pilate on Passover to have either Jesus or the criminal Barabbas released from prison.

Barabbas was chosen and Christ went on to be crucified. This movie tells the story of Barabbas, played by Anthony Quinn after he has been released as he finds himself becoming a gladiator.

It’s a heartfelt story that shows how the man overcame his inner demons and eventually went on to turn his life around and have faith in God and Jesus Christ.