Looking for cheerleading movies? I’ve got you covered! Do you watch cheer movies with your daughter? This list of cheer movies will keep you entertained all night long! 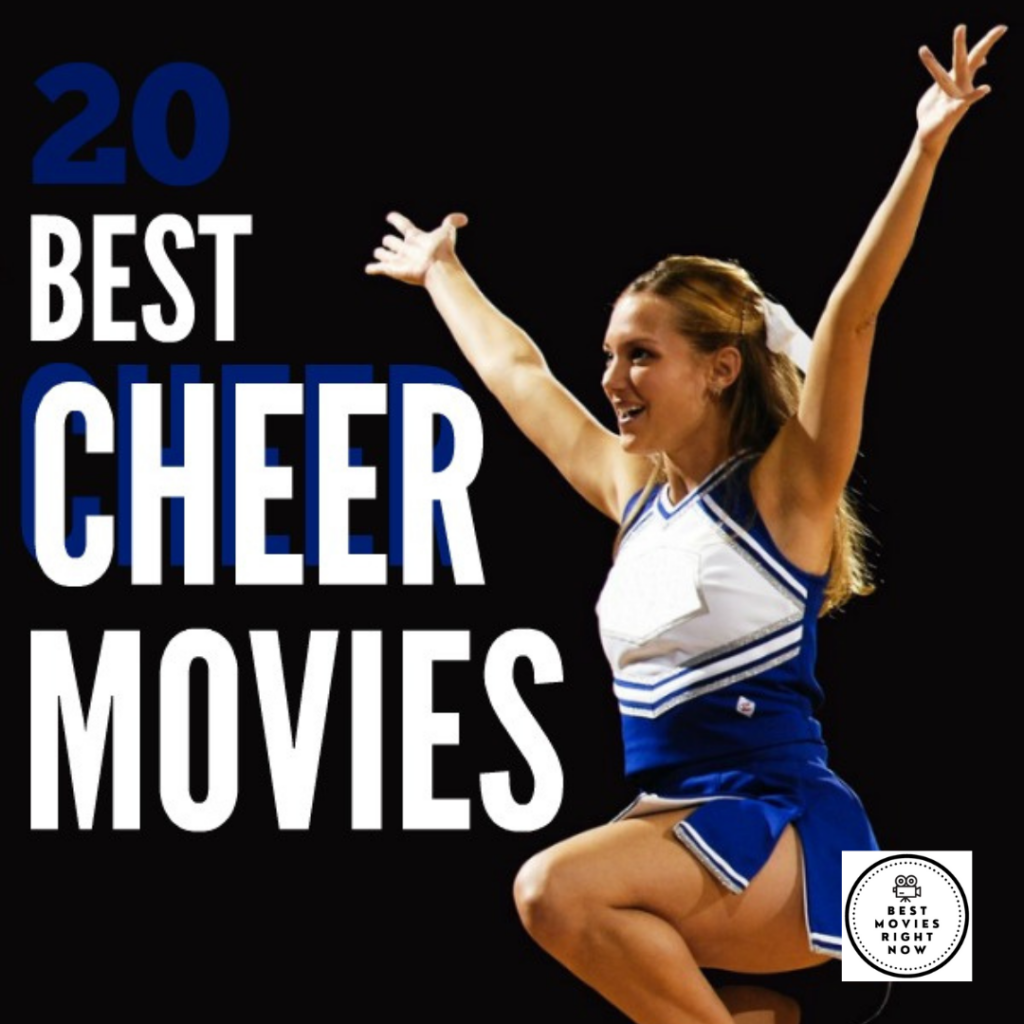 Break out the popcorn, turn down the lights, and grab your blanket. I’ve compiled a list of some of my favorite cheerleading movies.

I was a cheerleader when I was a little girl. Just in elementary school, though. My eight-year-old daughter is starting to show interest in cheer. She practices with friends in the afterschool program and watches along when we attend big brother’s football games.

All Bring it On Movies

The most popular cheerleading movie franchise is Bring It On

. Pressure mounts on the captain of a decorated cheerleading squad as she attempts to lead her crew to its sixth consecutive national title.

Bring It On is a teen comedy film series. The original film was released in 2000 and stars Kirsten Dunst, Eliza Dushku, Jesse Bradford, and Gabrielle Union.

Can you believe this franchise is nearly 20 years old?!

The plots of the films center around a team’s preparation for and participation in cheerleading competitions.

It was the first of the Bring It On film series and was followed by five direct-to-video sequels, none of which contain any of the original cast members:

The plots of the films center around a team’s preparation for and participation in cheerleading competitions. 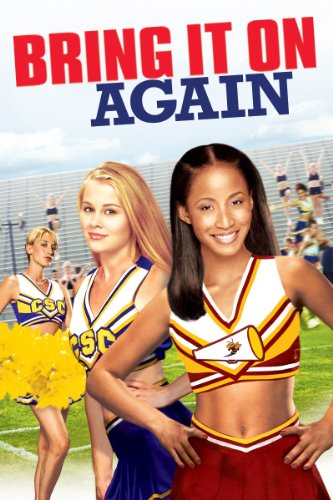 Bring It On Again

Rejected by the college cheerleading team, a band of girls decides to form their own squad in this entertaining sequel to the original hit. 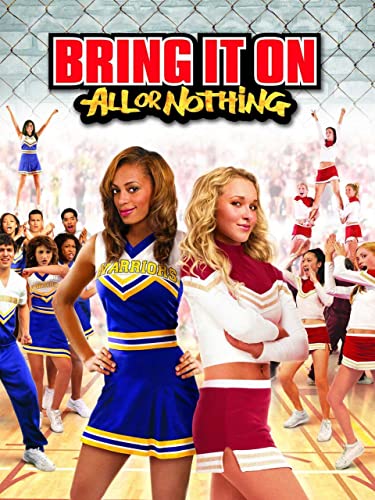 Bring It On: All or Nothing

Cheer captain Britney plans to have her squad earn a coveted spot in singing sensation Rihanna’s video but must think fast when her plan is derailed. 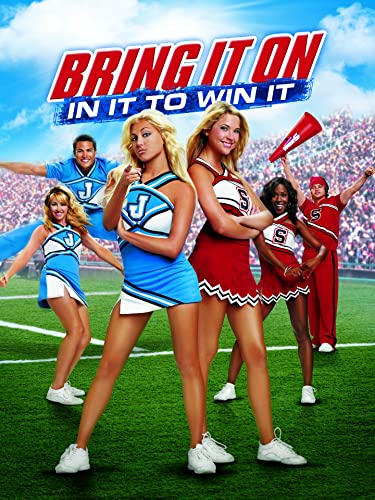 Bring It On: In It to Win It

Carson sets out to guide her squad to victory and takes on a competitive rival in a one-on-one battle, as they both fight for one guy’s affection. 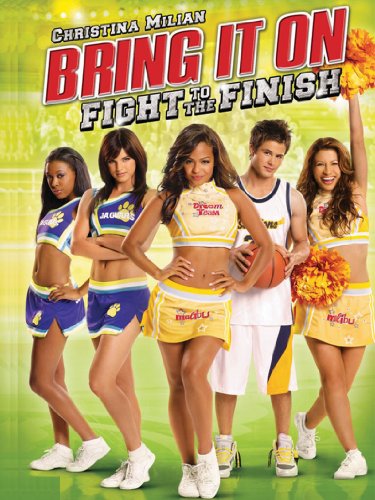 Bring It On: Fight to the Finish

After her mom gets remarried, Lina adjusts to life in affluent Malibu, where the new girl pledges to whip her school’s cheerleading squad into shape. 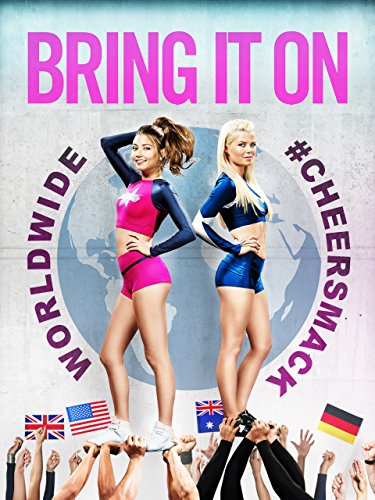 Bring It On: Worldwide #Cheersmack
$3.99
Buy on Amazon

Bring It On: Worldwide Cheersmack

When cheerleading champs the Rebels are challenged by an edgy new squad, they take on teams from all over the world in a virtual cheer battle.  (Watch on Netflix)

There also was a cheerleading musical based on the movie series called Bring It On: The Musical 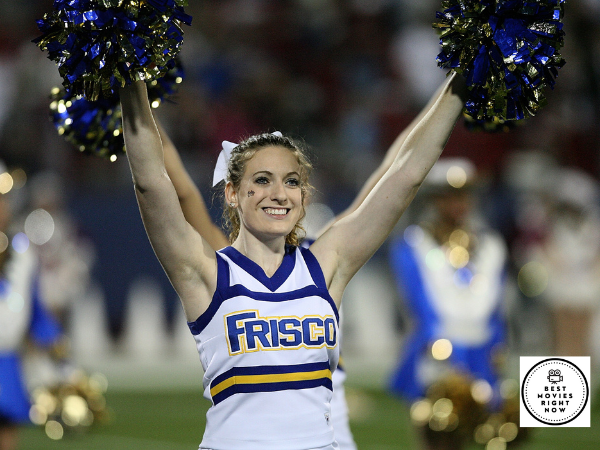 Most cheerleading movies include these themes:

Competitive cheerleading is when cheer squads compete against each other at a competition. At a typical cheerleading competition, teams perform a 2 and a half minute routine with music that includes stunts, jumps, tumbling. Teams are judged by a panel of cheerleading experts on difficulty and execution. (Source)

To ensure that there’s something for everyone on the list, I’ve divided the list of cheer movies into these categories: 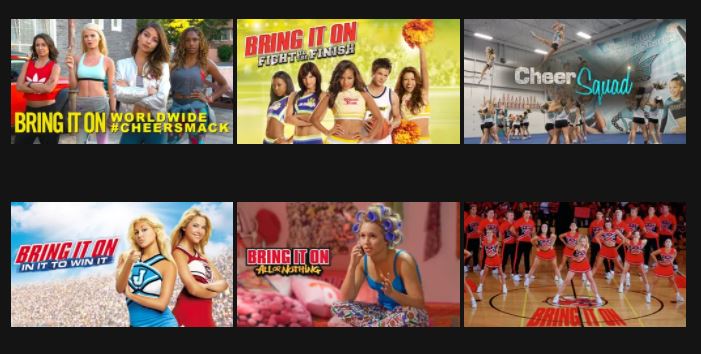 All you need is a Netflix subscription to watch these titles. There are lucky number seven to choose from.

These cheer Movies will definitely get you in the spirit. While you’re at it, why not have a cheerleading movie marathon?

WHEN YOU WATCH THESE CHEERLEADING MOVIES, GRAB THESE:

Not sure how to be a great sports mom? My friend Corinne has you covered!

Learn why you need friends on the sidelines.

I love these Top 10 Winning Tips for Kids Sports Pictures. 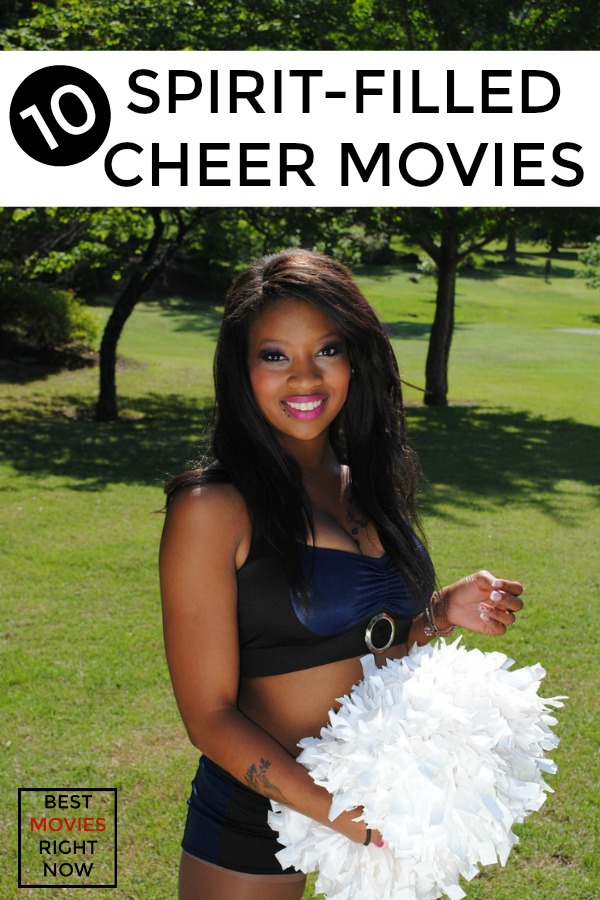 […] These cheer Movies will definitely get you in the spirit. While you’re at it, why not have a cheerleading movies marathon? […]

[…] you looking for a cheer show on Netflix to binge? Check out the full list of cheerleading shows on […]

[…] movies on Netflix are great cheerleading movies to watch during Spring Break, Summer, or any time of year. These Netflix titles feature comedies, […]

Contact Us
As an Amazon Associate I earn from qualifying purchases.
17 shares