These Disney Movie Charades are perfect for when the weather keeps you trapped inside, on family game night, or trivia night. 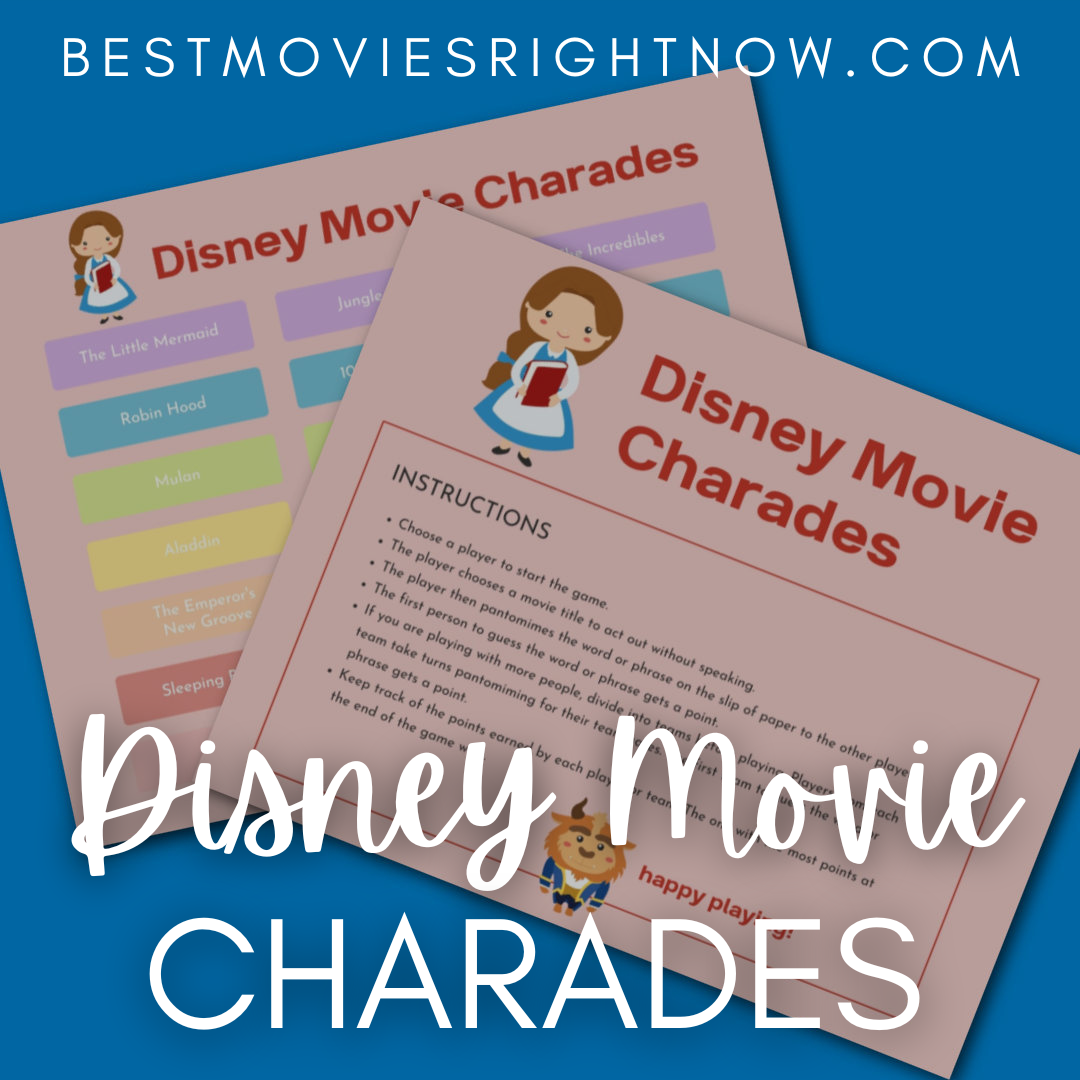 How well do you think you can act out Disney themes?

Here is a game that includes one sheet with 30 movies included.

This is a fun game that includes all of your favorite Disney movies.

Most of the movies included in this charades game are well-known, popular Disney movies that players of all ages will likely be familiar with.

After all, there’s no better time to have a little acting than when you’re stuck indoors, on a family trip, or during a family game night.

This game can be taken on the go! Simply cut out the movie titles and place the strips in an envelope or zip-top bag. Keep them in your purse or in the car!

A game in which players guess a word or phrase from pantomimed clues.

How to Play Disney Movie Charades 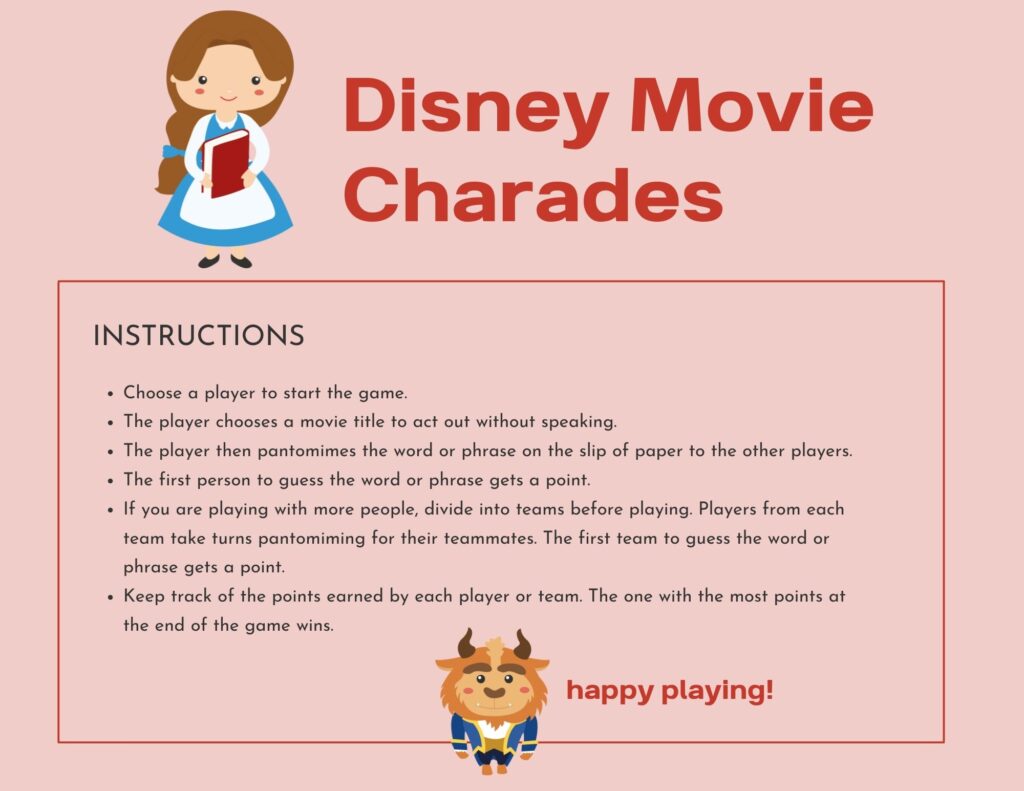 The first step is to print off the Disney Charades game. You may want to laminate the instructions so they can be reused over and over again.

Cut out the movie titles along the colored rectangles.

After all of the movies have been cut out, fold them up and place them in any container with a wide opening.

This game can be played with as few as two players. If you have more than two players, you can split the group up into two teams that will compete against each other. 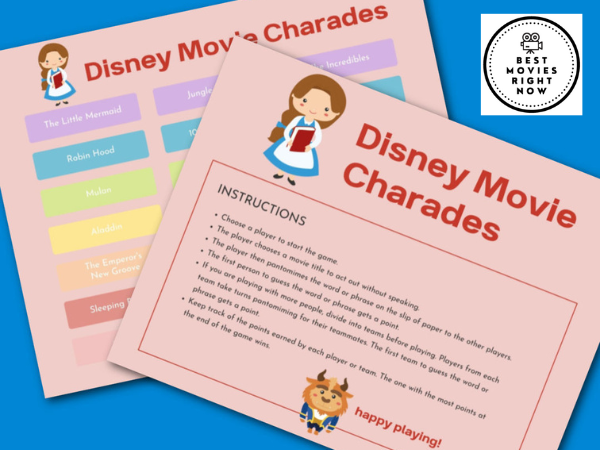 Note that some of these signs may be banned from some forms of the game.

Here are some common clues used in charades: 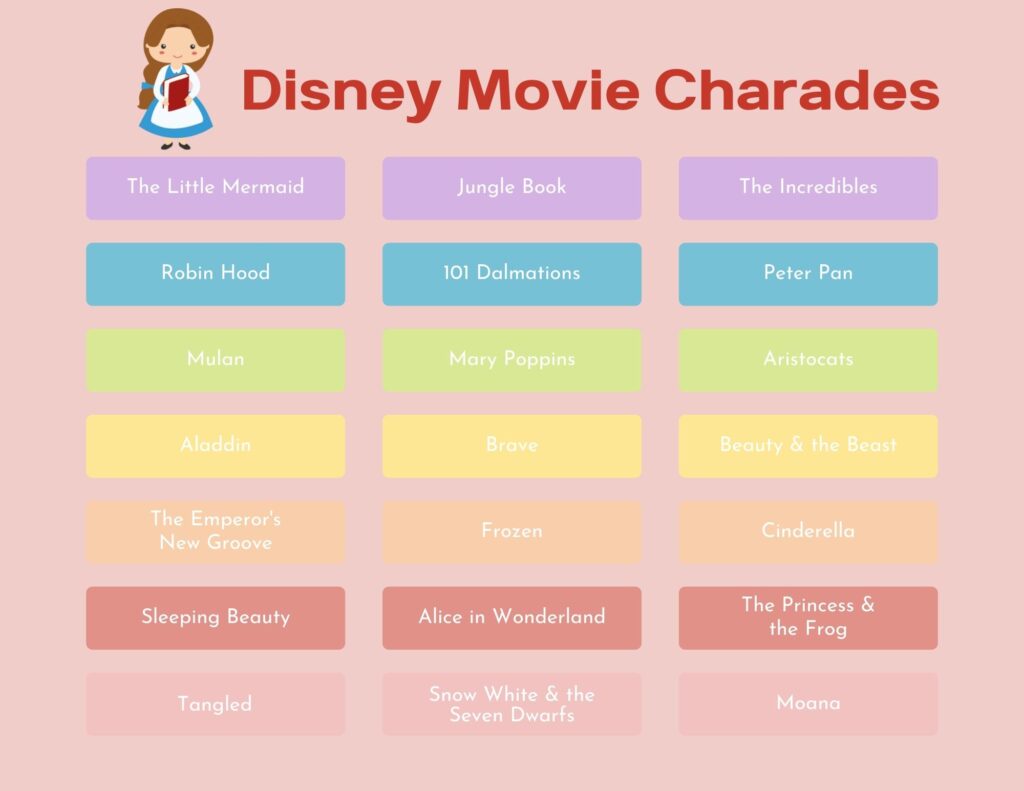 These are the Disney movies featured in the Charades game.

If you enjoyed this Disney Movies Charades game, check out this whole series of Disney movie trivia games. Click on the links below to get new games as they’re published. (If the link doesn’t work, please check back again.) 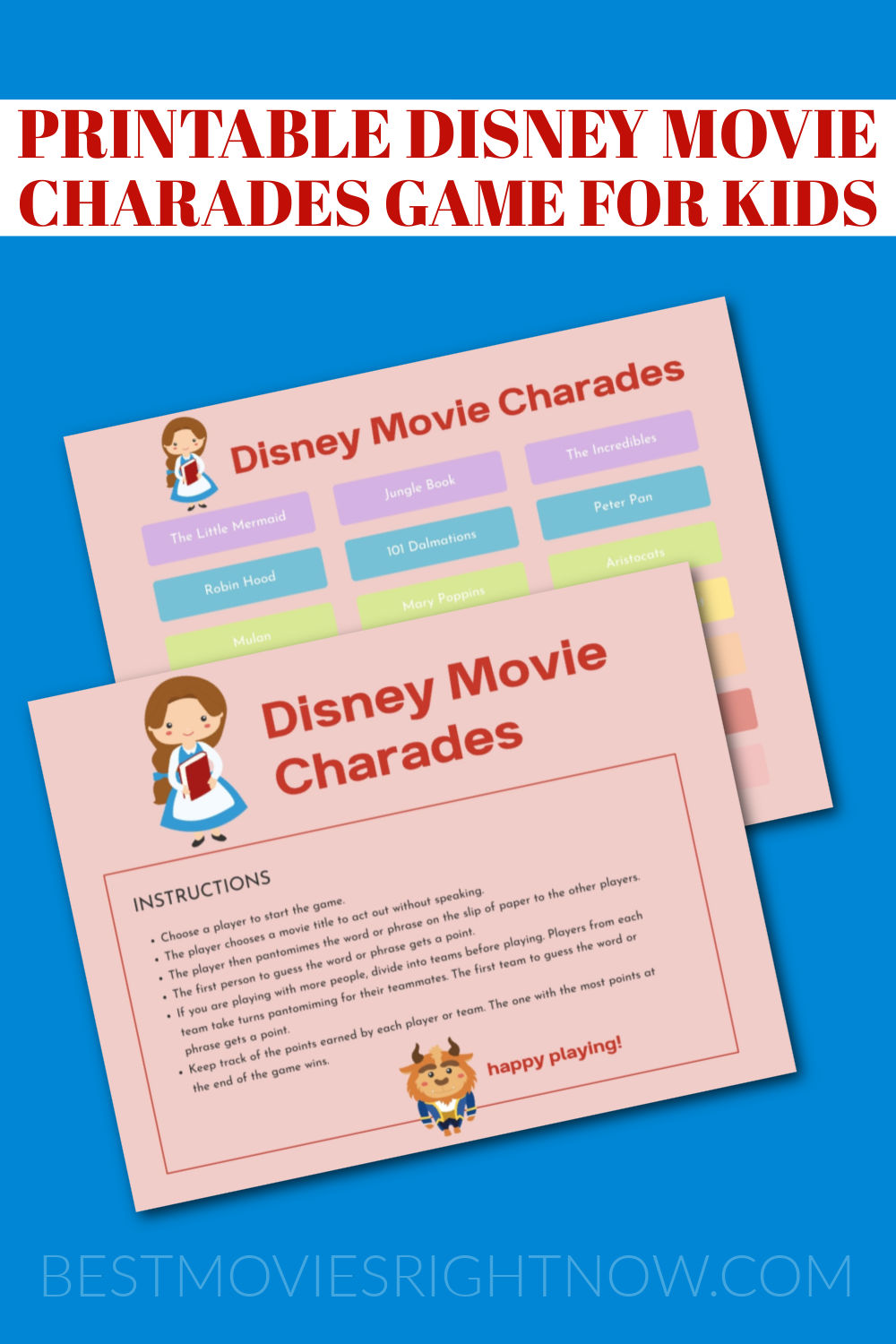